Benny Tai Yiu-ting says that when his Occupy Central campaign for universal suffrage began, it started off with only 25% support among the general public. By the time the campaign ended, when the government’s reform proposal was voted down in June, the figure had risen to 40%. He thinks that was the reason for his failure but looks to the day when he can claim 50+% and says that will be enough to win.

Tai is right, up to a point. But what makes him think Beijing will revise and resubmit its hardline August 31, 2014 directive on universal suffrage just because his poll numbers reach 50%? He didn’t mention the other important part of the equation: how to convince Beijing that it can lighten up on universal suffrage if a majority of Hong Kongers want it that way.

This is an angle worth pursuing because Beijing officials seem to be pursing it already by trying different lines of argument, probing, testing and searching for a logical solution to their predicament. Having promised universal suffrage, they need to deliver but Hong Kong is not accepting the one and only proposal they’re willing to consider. Either they change the offer or Hong Kong must accept. Odds are they will eventually change the offer. But only after much huffing and puffing and political muscle-flexing to show who’s boss and affirm Beijing’s authority.

In any case, they’re not threatening the violent overthrow of Hong Kong’s existing Basic Law order. Its one country, two systems design is not in imminent danger, despite some scaremongering headlines from a few politicians who should know better. For now, Beijing officials seem only to be testing ideas, trying one thing and another, aimed at hitting upon solutions that they too must be hoping 50+% of the public will endorse.

Actually, Benny Tai has won a lot already. Beijing officials are obviously struggling to win over Hong Kong hearts and minds and they’re trying to do it with some ideas about democratic institution-building. They’re still wide off the mark and their allies even when willing are hard put to come up with politically correct defences. But they’re handing the democracy movement a whole raft of talking points that are being used to reinforce the debate on its own terms. Who’s to say that Beijing, upon learning the error of its ways and arguments as the debate continues, cannot figure out how to adapt the 8.31 directive for Hong Kong use and safeguard Beijing’s sovereign rights all at the same time? 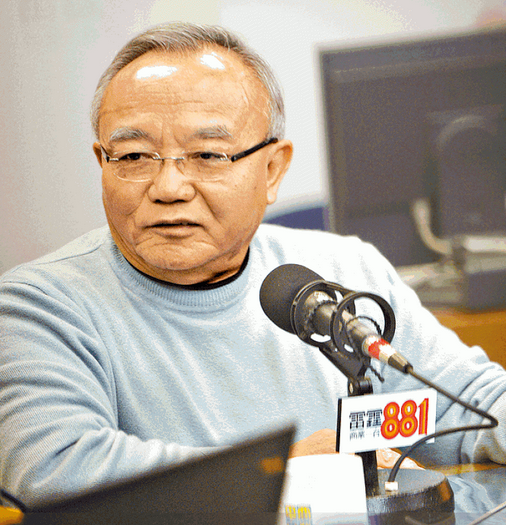 Lau Siu-kai, a professor of sociology before he was the Hong Kong government’s chief pollster, is now a spokesman for Beijing’s thinking on Hong Kong politics. During a radio interview marking the first anniversary of the 8.31 directive, Prof. Lau said that Beijing’s plan is to lead Hong Kong democrats along the path to cooperation. Beijing had just invited Democratic Party leaders to lunch and he said they were tapped first because they had always been the most amenable to Beijing’s concerns. He said Beijing is looking to create a “loyal opposition.” Wolves can always sense the weakest lambs.

Only it didn’t go down too well with the lambs. Two recent party drop-outs, Tik Chi-yuen who resigned and Nelson Wong Sing-chi who was expelled, seemed to fit the bill. Wong was even quoted as saying he had no qualms about joining such a loyal opposition movement. But they had just signed an op-ed piece in Ming Pao (Aug. 20), that left room for doubt. “We cannot imagine a Hong Kong without China,” they wrote, “but we also believe that a Hong Kong without ‘Hong Kong values’ is China’s loss.”

Party chair Emily Lau Wai-hing left no doubt. Loyal oppositions, she said, are those operating in political systems where parties know that if they fail to win a majority and form a government after one election they can always try again next time.

Beijing is right. Opposition parties elsewhere do acknowledge the same constitutional authority as parties in government. Constitutional deference is what makes them loyal. It’s just that in China’s case, everything has been conflated into one constitution, country, system, government, and party. Beijing declares its sovereign authority to decide for all forever. By now Hong Kong parties know the difference.

Then out of the blue, Beijing volunteered another political concept for Hong Kong to ponder: separation of powers. Why now? The subject has not been directly at issue during the recent electoral reform controversy. Must be more political muscle-flexing. Beijing knows its concept of authority is yet to be accepted here and is loath to compromise on anything as basic as universal suffrage with that uncertainty still pending.

Zhang Xiaoming, director of Beijing’s Hong Kong Liaison Office, spoke at a seminar on Sept. 12, commemorating the 25th anniversary of the promulgation of Hong Kong’s Basic Law constitution.  He said that the status of Hong Kong’s Beijing-appointed Chief Executive transcends all three branches of government – executive, legislative, and judicial.  The government is executive-led and the separation of powers is not part of Hong Kong’s governing structure because Hong Kong is not a sovereign state.

But instead of reinforcing what Zhang said, the better to confirm its authority, allies played down the bald statement that contradicted most everyone’s understanding of the relevant Basic Law guarantees. Hong Kong’s Secretary for Justice Rimsky Yuen said the Basic Law must be understood from both Beijing and Hong Kong perspectives. Otherwise, its true meaning would be lost.

Regina Ip said Zhang Xiaoming was only describing the formal structure of Hong Kong’s executive-led system. In practice, the judiciary works independently, she said, and the Legislative Council is growing ever more assertive in its effort to check the administration.

Not impressed, the Bar Association demanded clarification of Director Zhang’s comments. Lawyers wanted to know if the separation of powers principle would continue to be respected in practice.

Chief Justice Geoffrey Ma, who rarely contributes to such political debates, spoke out in no uncertain terms. He cited Basic Law Articles 2, 19, and 85, which specify judicial independence, and Article 25 specifying that everyone is equal before the law. Beijing obviously wanted to give Hong Kong another lesson in Basic Law studies.  The Chief Executive’s powers may be “transcendent” because he and all his principle officials are appointed by Beijing and only with Beijing’s approval. He alone is accountable to Beijing for the working of all three branches.  But the lesson worked both ways. Hong Kong reminded Beijing that the judiciary expects to carry on independently and the legislature, however emasculated, is doing its best to stand as a check against the executive.