Hong Kong’s opposition pan-democrat camp are set to run around 200 candidates in the upcoming district council elections this year, fewer than the 235 who stood four years ago. This comes as new parties formed after last year’s Umbrella Movement brace for their first political race.

A total of 412 seats in 18 districts are up for grabs this November.

The pan-democrats, who currently hold about 100 seats in 18 districts, will focus on retaining those seats instead of fighting for more territory. 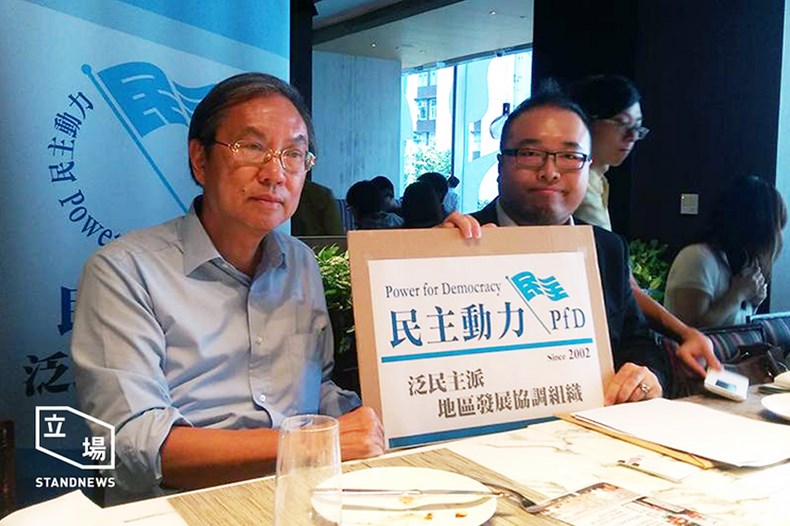 Power for Democracy is the coordinator among pan-democrat parties in this year’s district council elections. Photo: Stand News

Joseph Cheng Yu-shek, founder of the pan-democrat coalition Power for Democracy, told HKFP that, with their limited resources, the pan-democrat parties face an uphill battle against pro-establishment candidates.

Power for Democracy is tasked with coordinating among pan-democrat candidates to make sure they don’t stand against each other in the same seats.

Convener of the group, Andrew Chiu Ka-yin, said most pan-democrat parties have agreed to place their candidates strategically so as not to clash with their partners.

These new groups, often led by younger people and with a fresh approach to achieving change compared with more traditional pro-democracy parties, represent a new element in the pan-democrat camp in the post-Occupy political landscape. 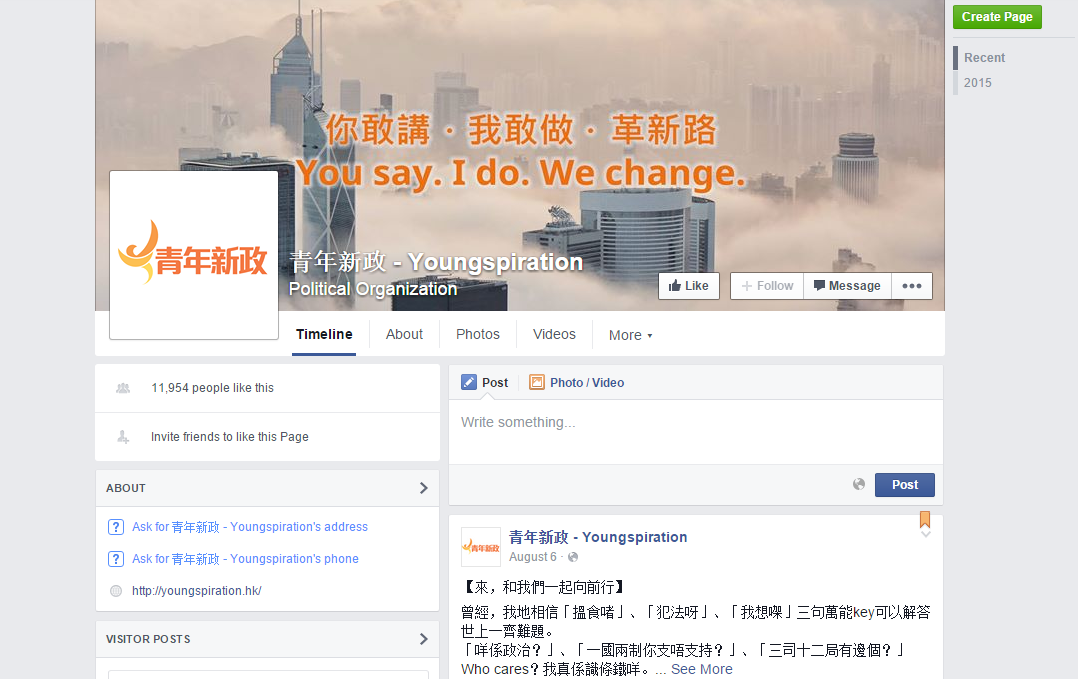 New group Youngspiration’s motto is “You say. I do. We change.” Photo: Facebook

Chiu said that Power for Democracy had failed to agree with three of these new groups on where they intend to stand candidates.