A controversial government project to develop a residential “green belt” at Tai Wo Ping near Lion Rock Country Park will move to the next phase on Friday when the deadline ends for bids to develop the area.

The project has raised eyebrows amongst academics and activists alike as it requires developers carry out their own geotechnical investigations, as well as mitigation and stabilisation works on the whole site, including land inside the park.

Typically, the Hong Kong government carries out such work, according to Edward Yiu Chung-yim, a geography professor at the Chinese University of Hong Kong. But he told Inmedia that the government had made the unusual requirement for developers to be responsible for the risks of an area much larger than the land actually on sale. Pink area indicates the area on sale; Green area to the right of red line is a part of Lion Rock Country Park. Photo: Inmedia.

He said such a scenario was unusual and unjust.

Seven environmental groups signed a petition stating they were worried that the sale could be a preliminary step to sell country park lands to developers for property development. 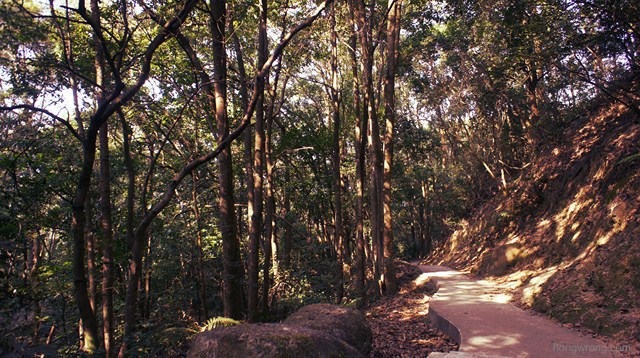 They said they doubted that developers could use the required works as excuses to do irreversible damage to the part of land inside the Lion Rock Country Park, to make it easier to apply for development of the land in the future.

Two representatives of the Student Union of the City University filed judicial reviews in August to stop the government from selling the land.

Chief Executive Leung Chun-ying had said in the past that Hong Kong should consider selling country park lands to relieve the shortage of housing.

'Unusual and unjust': Lion Rock 'green belt' area to be sold by gov't