Police in San Francisco are investigating reports of anti-Chinese, racist graffiti and are treating the incidents as hate crimes. Buildings and pavements in the Portola and Bay View areas of the US city have been tagged with “No more Chinese.” Both neighbourhoods have large Asian populations. Resident Vickie Chau spotted one of the racist messages spray-painted in orange on University Street. After posting a photo on Facebook, her neighbours posted similar photos from other areas. 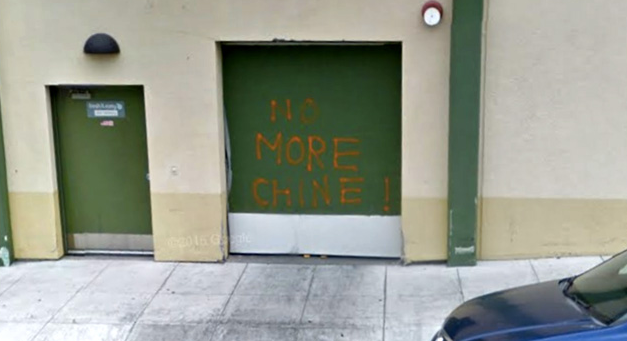 Speaking to CBS local news, Chau said: “I’ve seen graffiti in my neighborhood before, but never with this type of message… Overall based on the messages I’ve received, the community has been supportive and want to find the culprit.”

Chau’s post had been shared over 2,000 times by Wednesday morning.