A man who was driving without a licence pretended to be the passenger of a vehicle after being involved in a traffic accident in Tsuen Wan on Friday morning, the Apple Daily reports.

The Honda Accord was driving on a slope along Kwok Shui Road in Tsuen Wan when it span out of control. The vehicle then mounted a pedestrian walkway, smashed into the marble pillar of an apartment block and flipped over. It was severely damaged in the crash. The 26 year-old passenger climbed out of the vehicle after the incident and told the police who arrived on the scene that the driver was nowhere to be found. 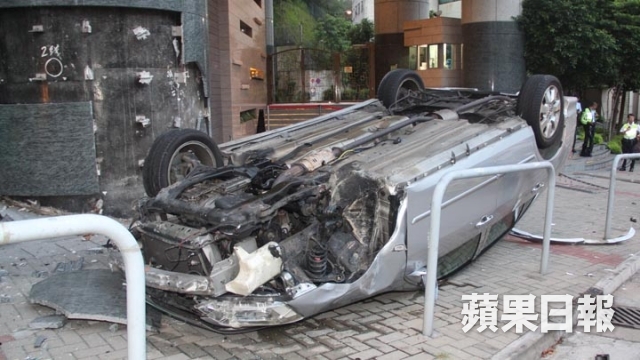 An investigation by the police later revealed that the driver was in fact the man claiming to be the passenger. 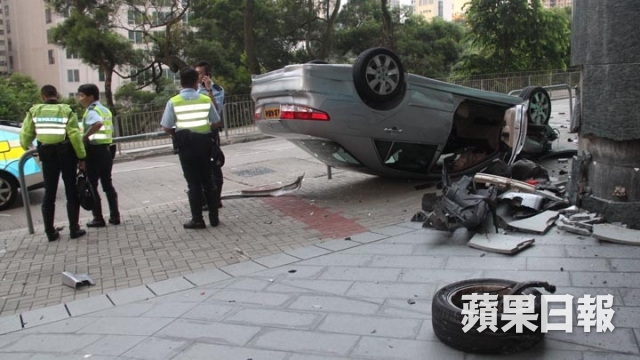 He was arrested on charges of driving without a licence and without third party insurance, as well as misleading the police officers. 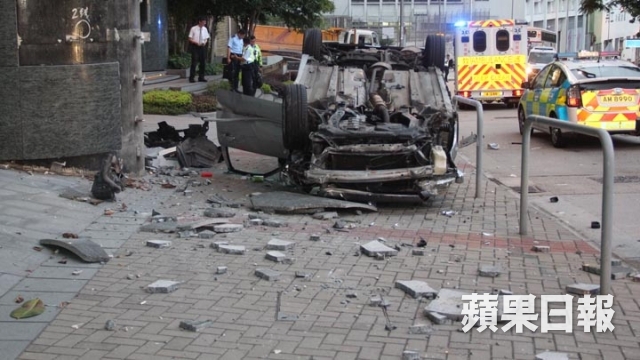