Supporters of Taiwan independence have started a campaign to redesign their Taiwanese passport covers with stickers, sparking heated discussions online and objections from the government.

One of the stickers says “Republic of Taiwan,” tailor-made to replace “Republic of China” on the document’s cover.

Taiwan is officially known as the Republic of China, which is in line with the “One China” policy backed by the ruling Kuomintang (KMT) party. However, pro-independence supporters advocate the use of “Taiwan” to mark a complete break of ties with mainland China. 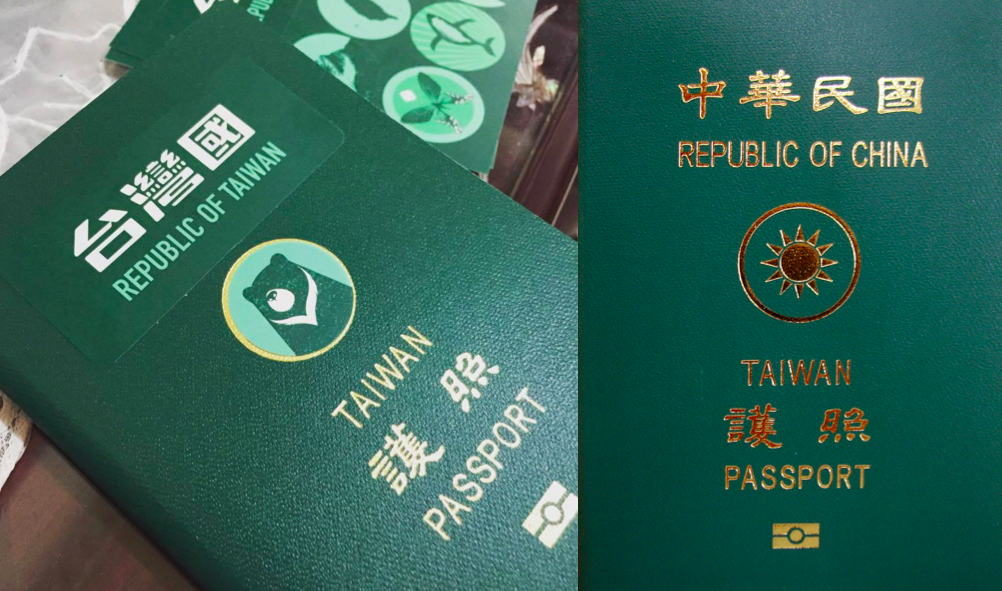 Other stickers allow passport holders to replace the national emblem, nearly identical to the KMT’s party emblem, with illustrations of iconic Taiwanese landmarks.

These include the island’s highest mountain Yushan and Formosan black bears. There is also a sticker of pro-democracy activist Cheng Nan-jung, who is called the “father of independent Taiwan” by the pro-independence political camp.

Many Taiwanese applauded the campaign. Some commented on social media that they had experienced prolonged customs process abroad because officers confused the Republic of China with the People’s Republic of China.

Holders of the redesigned passports have successfully entered more than 22 countries—including the US, UK, Japan, Singapore, Germany, and even China—according to internet users. A Hong Kong Customs officer even said the stickers were “special,” according to one commenter. However, another user reported that she was forced to remove the stickers by Hong Kong officers. 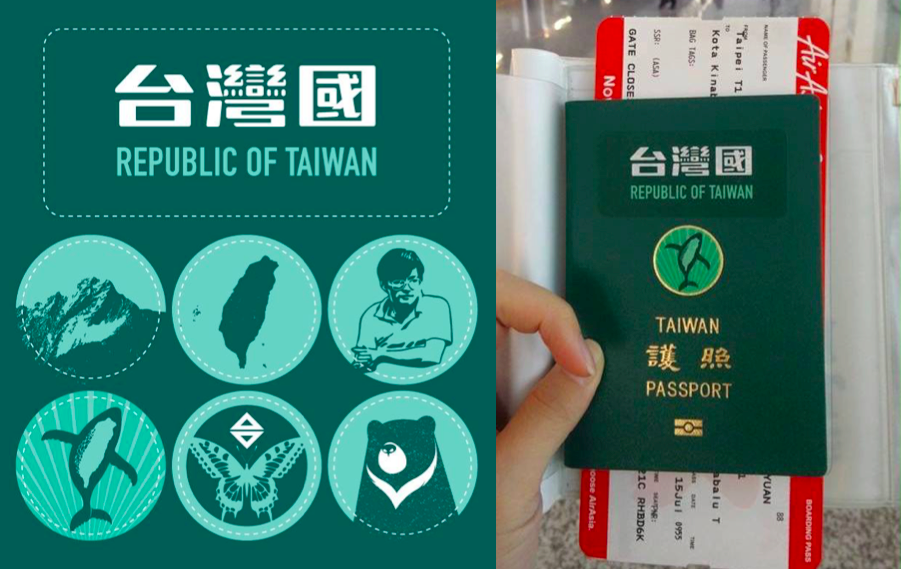 Denis Chen, the designer behind the campaign, said that his goal was to redefine Taiwan’s national identity through pointing out the absurdity of the name “Republic of China” and encouraging people to think about Taiwan’s political future.

“We keep reminding people that embracing ‘Republic of China’ is to accept the fate that Taiwan will eventually be annexed by China, because [officially] there can only be one China in the world,” said Chen.

“Taiwan independence should not only be a political ideology but also a way of living. If we want independence, we should live as if we were an independent country and tell other people our views with confidence.”

Chen told HKFP that the campaign was inspired by an activist friend who cut out a sticker to replace the word “China” on his Taiwanese passport cover and managed to enter Sydney without any issue. Chen thought that a sticker campaign would create considerable “cultural shock” for many Taiwanese. 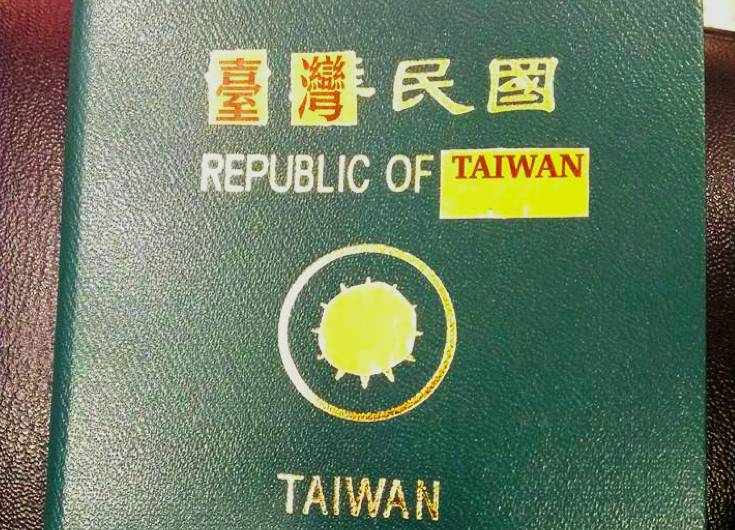 The first version of the redesigned passport cover. Photo: Yanshi Ko via Facebook.

The friend who inspired Chen, Yanshi Ko, started a heated discussion on social media by pointing out that the ISO nationality code printed inside the Taiwanese passport is “TWN,” which stands for “Taiwan, Province of China.” In other words, the “One China” policy recognises the sovereignty of People’s Republic of China and not that of Taiwan.

“As an average person… I can only declare Taiwan’s sovereignty through the easiest and most peaceful means,” said Ko. “Only when we make clear our desire for Taiwan independence, the international community will understand that a potential cross-Straits war is not China’s internal affair which would justify China’s annexation of Taiwan.”

But not everyone supports the campaign. An internet user asked, “Do you think the stickers will turn Taiwan into a real country? If China and Taiwan went into war, would people like you dare to fight on the front line?” Another said, “Please respect the passport of your own country, so that people from other countries will respect you.”

In response, Chen made another set of stickers: “Mind the fragile Chinese hearts—handle with care.” These stickers are given out for free along with the passport stickers at a cafe in Taichung that Chen runs.

“Many people are still stuck in the ‘Republic of China’ paradox,” said Chen. “They just somehow get upset by the stickers and criticise them for being useless.”

He continued, “How do you measure effectiveness? Even a small act can be effective if it has been done enough times. I have previously printed 170,000 stickers that said ‘Take down the government’. Were they effective? We will find out when we become an independent country.”

“We will keep printing and distributing the stickers until the day when Taiwanese people decide to abandon the use of ‘Republic of China’ and build an independent nation with a new passport,” said Chen. 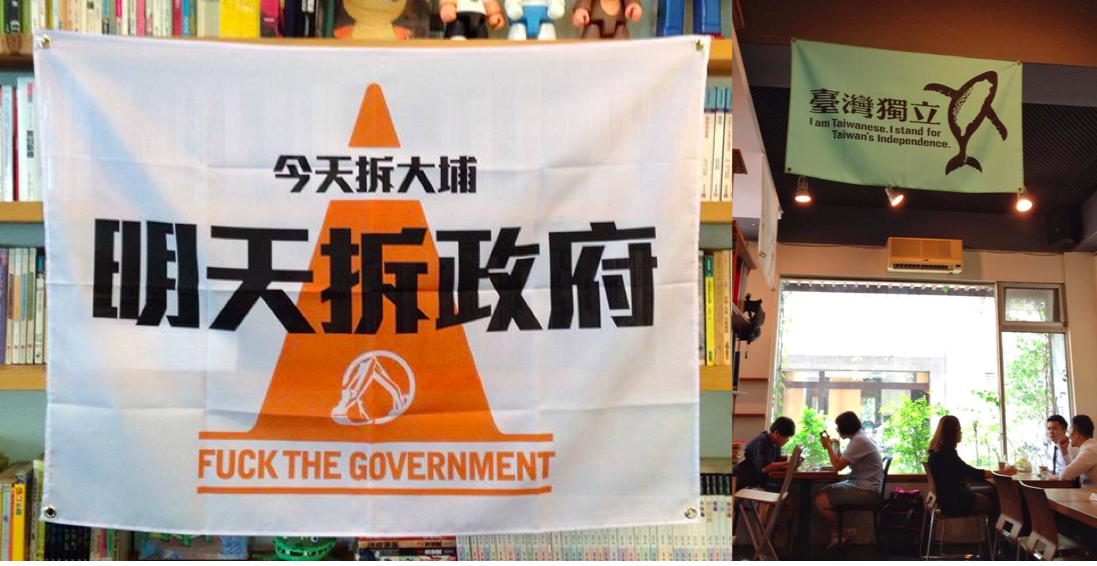 Protest arts designed by Denis Chen and promoted at his cafe. Photo: Denis Chen via Facebook.

Taiwan’s foreign minister has urged the public not to put stickers anywhere on the passport, as doing so could result in visa denials and undermine the credibility of Taiwanese passports.

But passport cover makeover is not uncommon internationally, according to Taiwan’s immigration minister. The minister said that redesigning the cover does not usually cause trouble if the inside of the passport is left intact.

I am from the Republic of Taiwan: Taiwanese declare independence with passport stickers