A piece of flaperon debris on Reunion Island has been confirmed as part of missing flight MH370, prompting mixed reactions to the global aviation mystery.

On Thursday, Malaysian prime minister Najib Razak announced that the wing debris indeed belonged to the plane, which had been missing since March 2014.

“Today, 515 days since the plane disappeared, it is with a very heavy heart that I must tell you that an international team of experts have conclusively confirmed that the aircraft debris found on Reunion Island was indeed from MH370,” said the prime minister.

However, some relatives of the victims onboard MH370 did not believe in the Malaysian government’s claim.

Families of the victims on Thursday protested outside the office of Malaysia Airlines in Beijing, urging the company to reveal the truth of the airplane to the relatives. Some of them broke into tears and begged for authorities to help search for their loved ones. Some even attempted to break into the office, but were stopped by police. 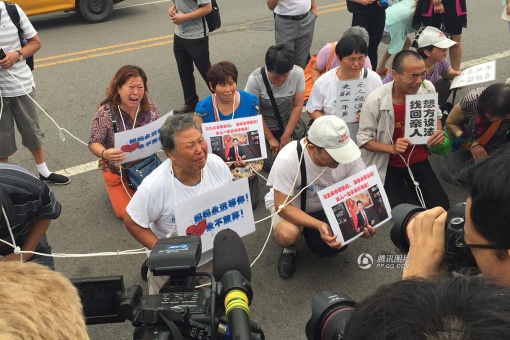 “We [have to] go to Reunion Island, and look at the debris ourselves. We do not believe in what they have said. All of them are lies,” said one relative.

A relative who disbelieved the Malaysian government. Photo: hkstv.

“They are lying to us,” said another. “We want to see the truth.”

Some have also accused the Malaysian authorities of concluding that the plane had crashed without solid evidence.

“There is only a wing of the plane, and you said it had been crashed. This is completely irresponsible. I believe that they are staging [the debris discovery],” said another relative. 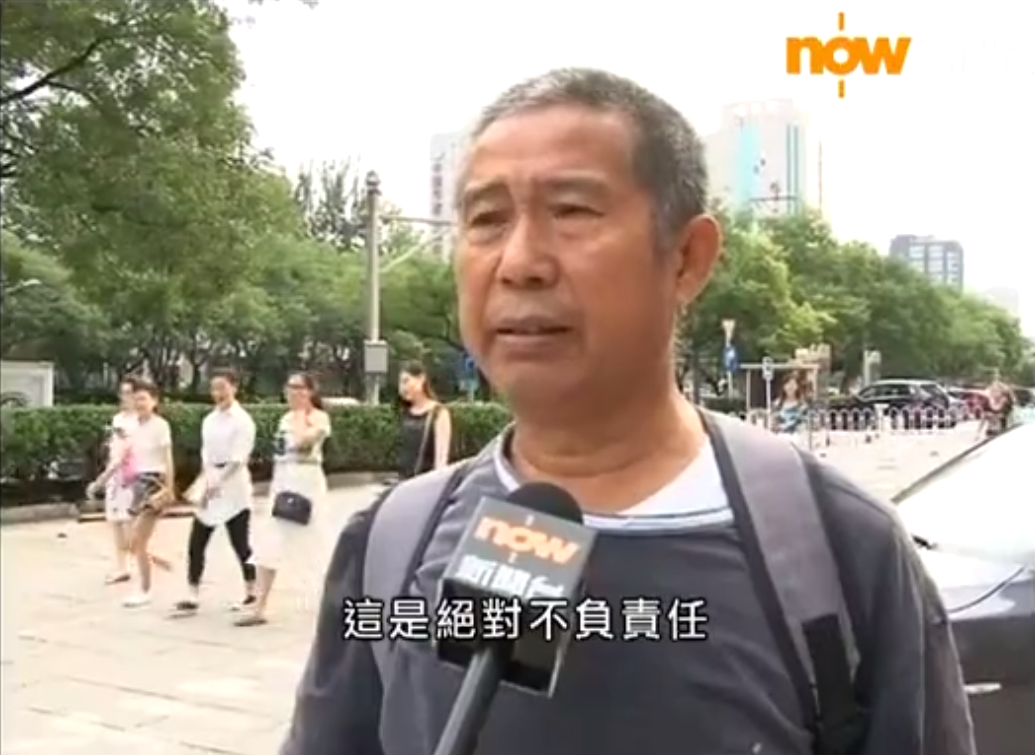 A relative accusing the Malaysian government of being irresponsible. Photo: Now TV.

French investigators: Less categorical that the debris was from MH370

French deputy prosecutor Serge Mackowiak said experts had a “very strong presumption” that the debris came from MH370, according to the Guardian.

However, the New York Times also reported that he stopped short of confirming that the flaperon debris was part of the missing MH370 flight, adding that a complementary analysis would have to be carried out.

The New York Times subsequently quoted a US official, who said the debris was clearly from a Boeing 777 airplane, but researchers had not found anything that could link it to the missing flight. MH370 is the only Boeing 777 airplane that is currently unaccounted for.

Malaysian transport minister: Maintenance records prove conclusively that the debris was from MH370

Liow Tiong Lai, the Malaysian transport minister, said the flaperon debris matched with maintenance records, according to the Associated Press. He added that the paint colour also matched with the missing airplane.

Announcement by Y. A. B. Prime Minister on result of verification. It is with a heavy heart we confirm based on verification of international experts that the flaperon is from MH370.

He also said he respected the French experts’ decision to carry out the complementary analysis. However, he added the discrepancies in how French and Malaysian experts described the debris were only a difference in “choice of words.”

The airliner also echoed with the Malaysian government that the flaperon found on Reunion Island was from flight MH370. It emphasised that the news was confirmed jointly by experts from France, Malaysia, China and Australia.

It also called the discovery “a major breakthrough” in the search of MH370, adding that it expected “There would be more objects to be found which would be able to help resolve this mystery.” 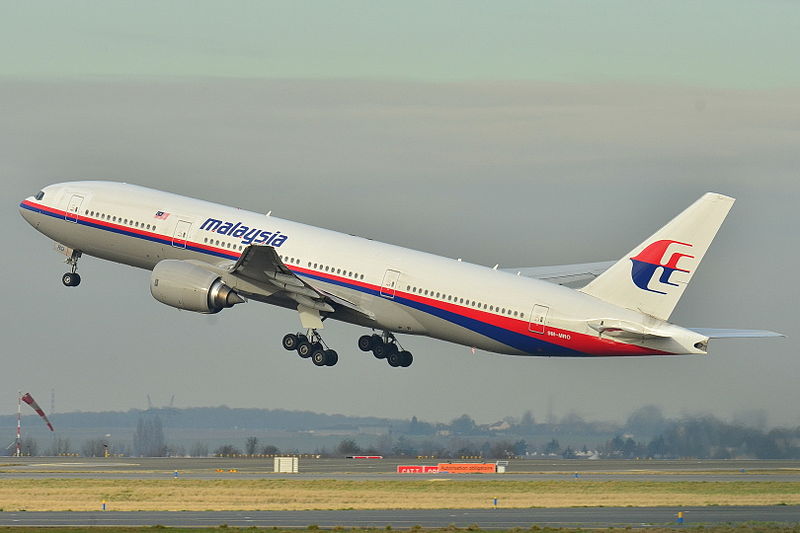 The airplane involved in the incident. Filmed in 2011. Photo: WikiMedia.

Chinese authorities: urge for a continuation of search for MH370

Wang Yi, Foreign Minister of China, urged the Malaysian authorities to continue the search of the missing airplane and provide an explanation to the families of the victims.

“The search should continue. We agree with Malaysia that we should find out the truth,” Wang said. “We suggest that Malaysia should explain to the next-of-kin about what’s going to happen next. I think it’s important that we care for their feelings, and understand the struggles they’ve been through.” 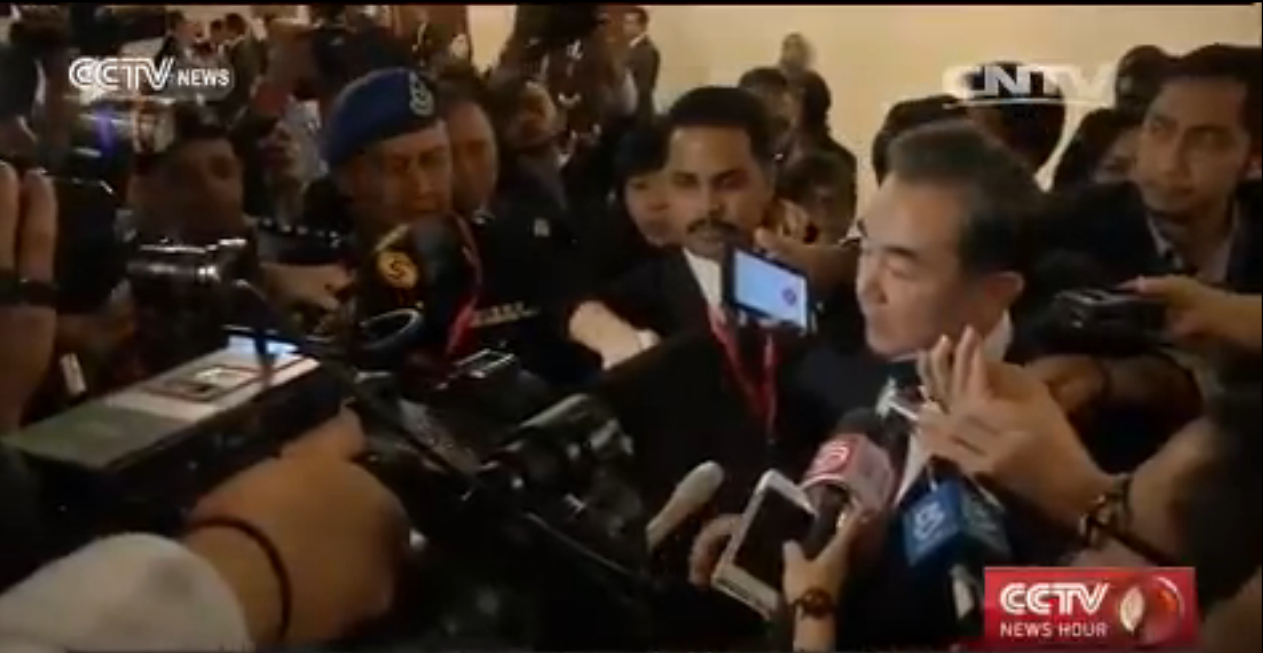 Weibo users: Pray for the victims and their families

Internet users have also weighed in on the latest development in the aviation mystery.

One user commented on the Weibo microblogging site that the debris’ discovery on an island named Reunion implied that the families will reunite with the victims.

Another user said that she had shed tears. She added she would pray for the victims and their families.

MH370 was a passenger flight that disappeared while flying from Kuala Lumpur to Beijing on March 8, 2014. 227 passengers and 12 crew members were onboard, and more than 150 passengers were Chinese citizens. An international hunt for the missing plane began, but the exact location of the airplane could not be confirmed. Malaysia subsequently announced that the flight had crashed in the South Indian Ocean.

Mixed reactions to discovery of MH370 debris on Reunion Island