Hong Kong is at its lowest point over the past decade in key social indicators, according to a new round of survey conducted by the HKU Public Opinion Programme.

Among five core social indicators, three recorded its decade low point, namely the compliance with the rule of law, freedom, and prosperity, according to the survey. 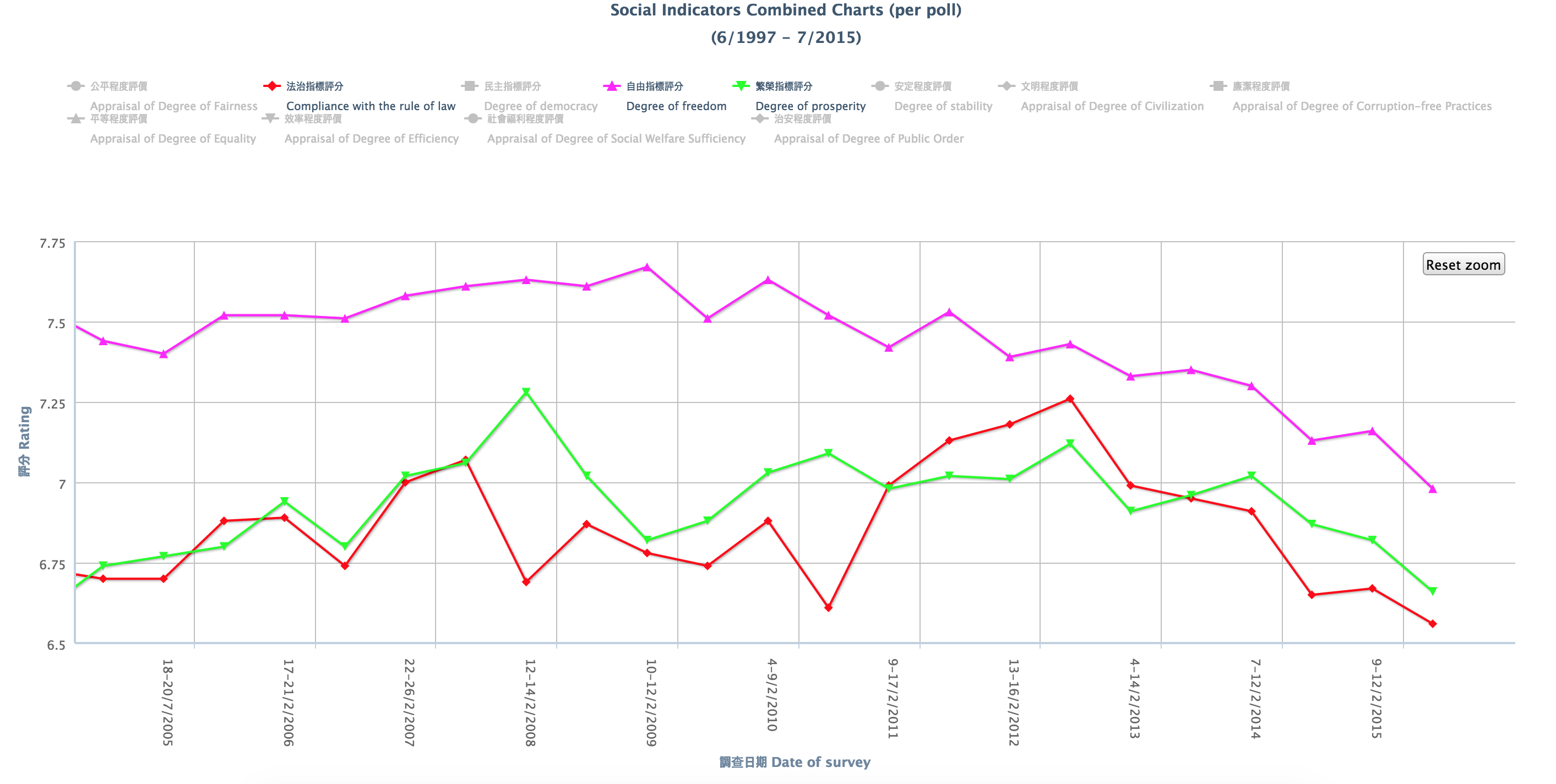 Core social indicators of rule of law, freedom and prosperity over the past 10 years. Photo: HKUPOP. 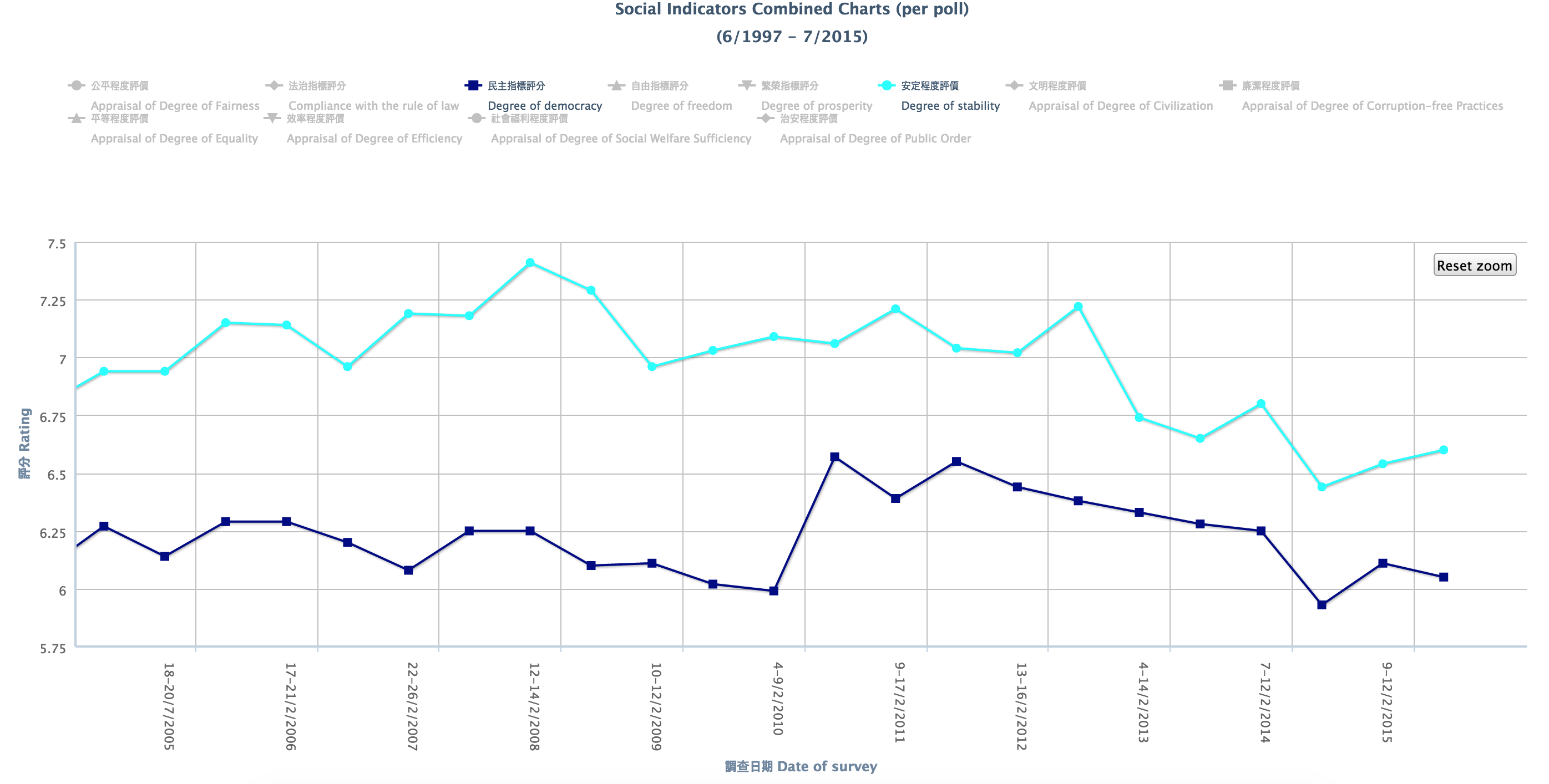 Core social indicators of democracy and stability over the past 10 years.

Two other social indicators—the appraisal to the degree of fairness and to the degree of equality—are at one of their all time low since the Handover, recording at 5.84 and 5.45 respectively. 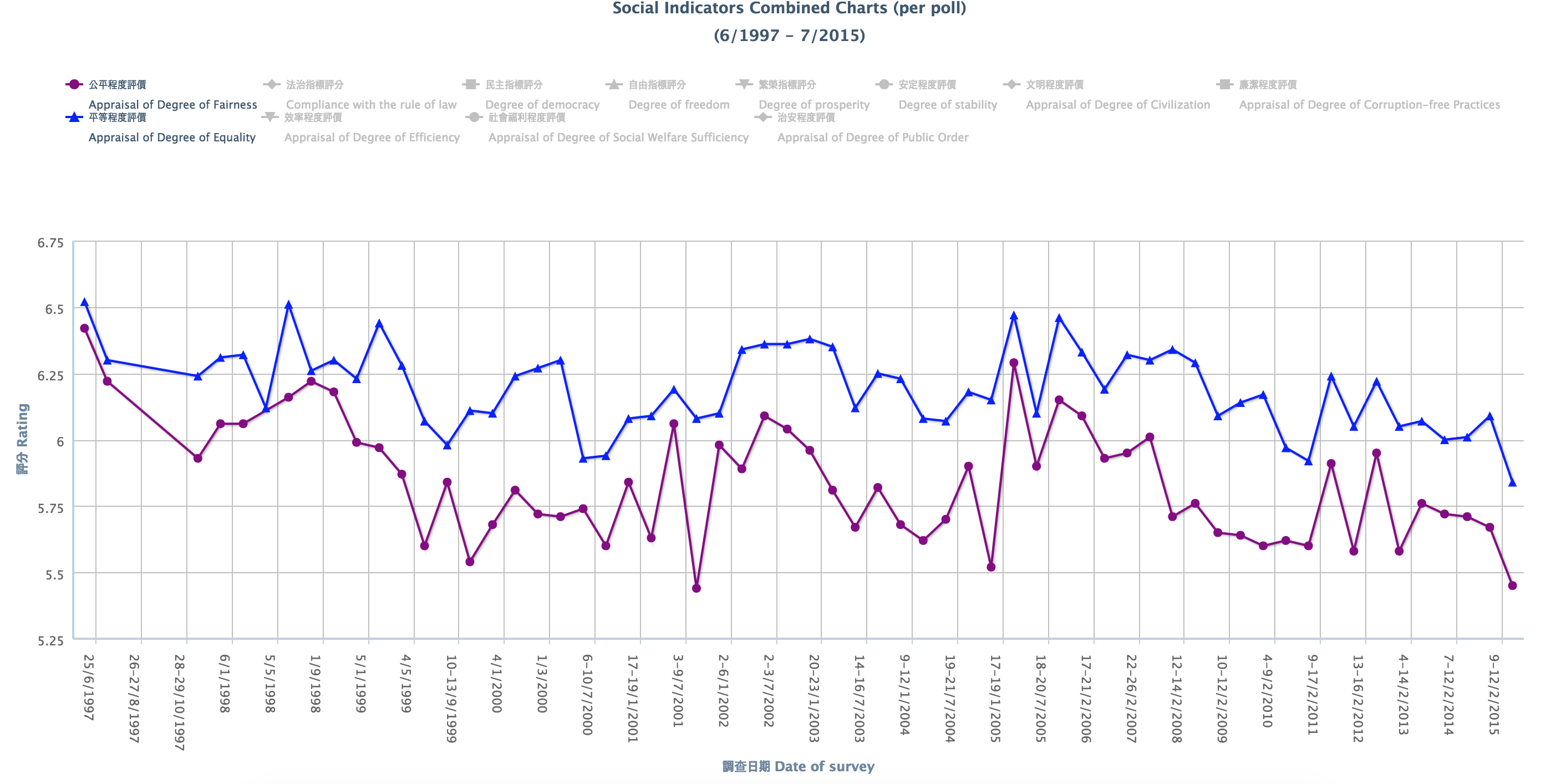 Social indicators of appraisal of degree of fairness and equality. Photo: HKUPOP.

Apart from the indicator of civilization, four other social indicators—degree of public order, efficiency, social welfare sufficiency, corruption-free practices have all recorded a decline.

Among the 10 freedom rating indicators, six recorded a decline, including areas such as freedom of the press, freedom of speech, and freedom of academic research. Polls on the rule of law and the judiciary have all declined compared to the previous survey.

According to Stand News, director of HKUPOP, Robert Chung Yiu-ting, said that the results showed Hong Kong residents have a less positive evaluation of society, but overall the ratings on the freedoms that Hong Kong society possesses are still positive.

Hongkongers feel less free than any time over the last decade: survey