According to Trump Yiu, convener of the Authoritarian Study Group of the New People’s Party, Regina Ip is about to update her views on cross-border cycling. How one gets across the border on a bike without creating a deconstructed clutter on the MTR, I don’t know but Ip recently told Legco that building the local New Territories bicycle track should be abandoned and Hong Kong cyclists should haul themselves across to Guangdong. This protracted outing would help them ‘gain a better understanding of the mainland, lead to positive publicity for the mainland and bring people on board in support of the Central government.’

I don’t suppose they are actually smoking anything in the offices of the New People’s Party so it must be lead in their pipes that leads Regina to think that fear and loathing of an authoritarian regime will be transformed into bouncy enthusiasm by an afternoon tootle round its concrete tracks, appreciating approved cultural sites and vetted scenic views. Now, Trump says, she is about to propose that, for certain categories of people, cyclists or not, this should be compulsory. “All cyclists are troublemakers. Anyone who drives a car knows that!”

‘Cross border cycling is meant to keep N.T. land, the Closed Zone and a filled-in Sumchun River free for dense, intense development,’ explained Trump. ‘It’s a beautiful thought and in line with one of our many mottos “Not a sapling left standing!” ’. It chimes in with the suggestion last year from Kaizer Lau Ping-cheung of the Lantau Development Advisory Committee that Hong Kongers should go to the mainland instead of local country parks to escape the stress of city life, thus freeing up more of the territory’s countryside for development – so creating more city to be stressed in. ‘That is almost poetry,’ thinks Trump.

However, though his own Tsarina Regina found this moving, as a disciple of the school of authority from any direction, compulsion is her main interest. ‘All cyclists are troublemakers. Anyone who drives a car knows that’ according to Trump, ‘so they must now be forced on board to do Central government supporting.’ Worse even than cyclists , he says, are Hong Kong University  students – and sometimes they are both, which is disgusting- so they will be compelled to several days of ‘better understanding’ cycling with a vigorous rub down by informative public security officials at the end of the path.

Fiercely enforced cross border cycling will be reserved for Hong Kong ‘localists’ reveals Trump. “Very few people in our party office can actually complete that word before heaving and having to sit down. I am not sure how much mainland cycling they would get done before being transferred to more closed forms of transport. They tend to be scruffs rather than students so they won’t be missed as much. We are none too sure about the positive publicity here though’ 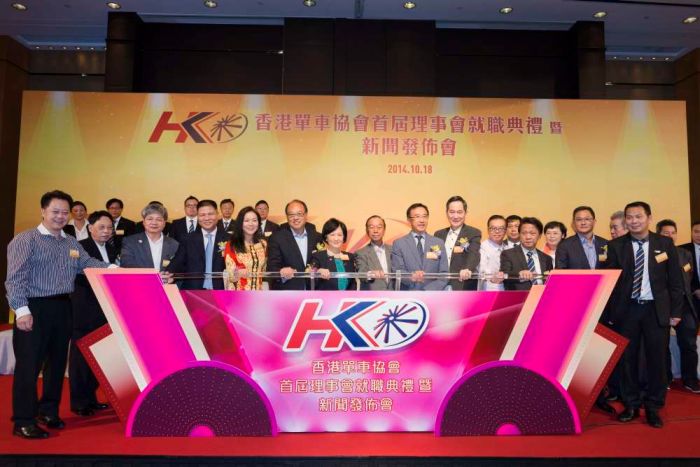 Leader of the New People’s Party Women’s Brigade, Putina Poon,  adds that compulsory cross border cycling will be good for haughty young Hong Kong women who will enjoy falling off their bikes and  being helped  into the bushes to have revealing conversations with waiting young men. ‘There is no better way of getting to understand the Mainland than a bout of rumpy-pumpy in the undergrowth followed by immediate matrimony,’ she explained. ‘There were nearly 8000 marriages between Hong Kong women and mainland men in 2014 -a 28-year peak!’

Why was there such a rising interest in marrying Mainland men?

‘More Hong Kong women are finding them a liberating alternative to sticky kiss liaisons with nerdy traitors and greasy separatists,’ says Putina. ‘And they’re better in bed. It’s the dog mostly. On top of that, there’s the civet cat, the rhino horn, ninety five other protected species around the globe and cows’ gall stones, all to keep a  Mainland man’s  pecker up all the time, even at meals.’

Putina made a declaration. ‘You should know that Mainland men have no fear of being boob-bashed by Hong Kong harridans. It is a preferred fetish in the upper reaches of the Yellow river. Endless, ear-peeling songs like “The fearless attack of the two- prong chested bride.’’ are sung by hit squads of incoherently garbed minority tribe women. Bring it on!’