Pro-Beijing politicians have dressed up as “minions” at the kickoff ceremony of a campaign to promote street cleanliness, in conjunction with the government’s citywide cleanup initiative. The events raised concerns with pan-democratic lawmakers that the government may be indirectly helping pro-Beijing district councillors gain media exposure in the run-up to the upcoming district elections. 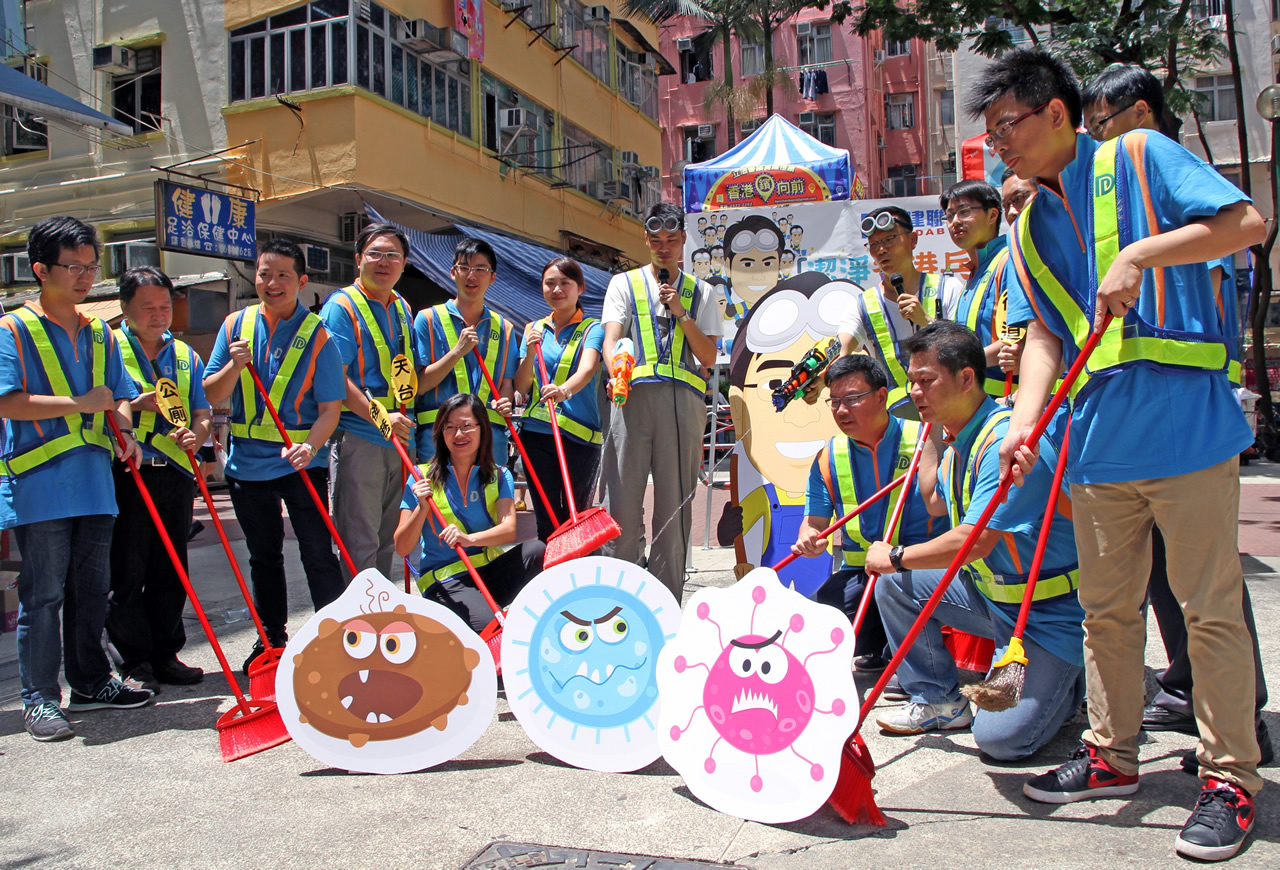 The initiative came as the government launched a two-month sanitation campaign entitled “City cleanup 2015 @ Hong Kong is my home”. On Saturday, Chief Secretary Carrie Lam Cheng Yuet-ngor led heads of policy bureaux, as well as chairmen and vice-chairmen of 18 district councils, to mark the inauguration ceremony. 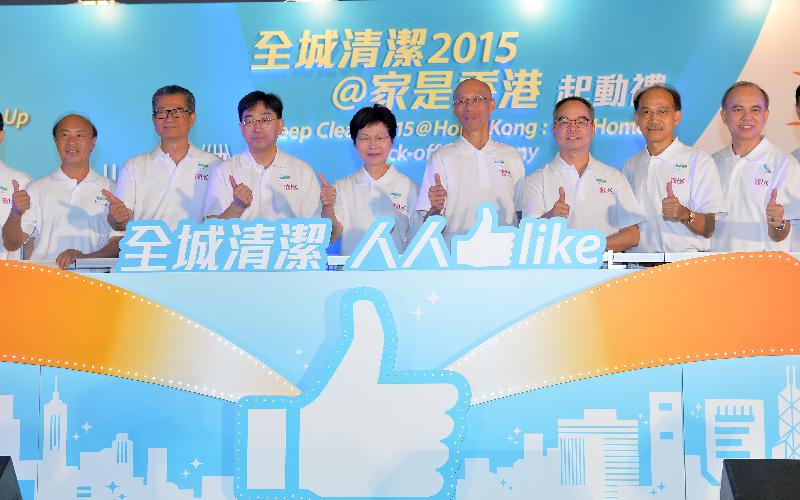 Secretary for Food and Health Ko Wing-man led a dozen officials to clean an alley in Wan Chai on the same day.

Given the overlap of both campaigns and the high-profile launch of “Keep Clean 2015”, Helena Wong Pik-wan, a legislator from the Democratic Party, accused the government of campaigning for pro-Beijing politicians in the upcoming territory-wide district council election this November. She added the government was only putting on “a show” with the cleaning campaign.

Black spots.
The 2015 initiative was proposed by Chief Executive Leung Chun-ying. During the chief executive’s quarterly Q&A session in the legislature last month, DAB chairperson Starry Lee Wai-king said that her party had discovered “hygiene black spots” on Hong Kong streets and asked Leung to follow up. Leung responded that he had indeed planned a citywide cleanup campaign, the name of which had already been decided. 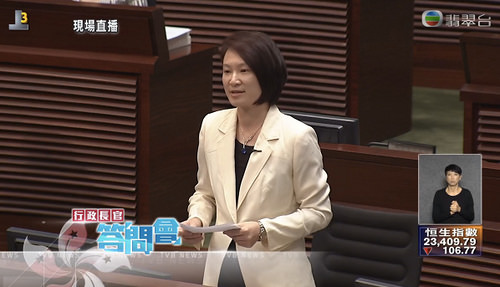 This exchange drew criticisms from League of Social Democrats lawmaker “Longhair” Leung Kwok-hung, who accused Lee of asking pre-arranged questions to the chief executive so that he could promote the plan.

Lee later admitted that she had spoken with Leung about a cleanup initiative, but said that she had received many complaints on the subject of poor hygiene conditions from community members. She said that she was fulfilling her responsibilities by referring the question to the chief executive.

In 2013, the DAB also urged the government to organise the same campaign on street cleanliness. The government subsequently launched the initiative after DAB legislators demonstrated outside government headquarters. 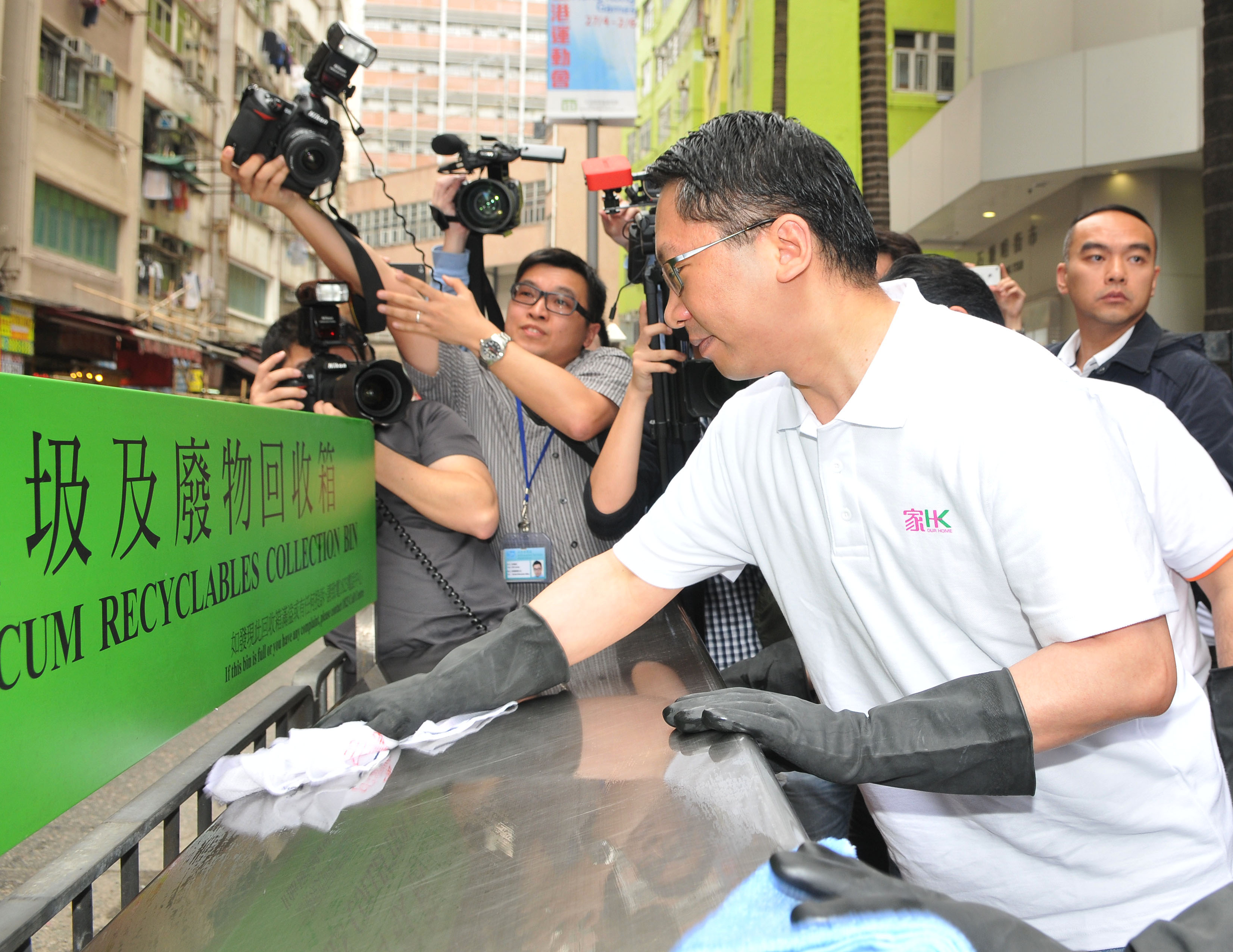 Reshuffle raises eyebrows.
In late July, undersecretary for the Constitutional and Mainland Affairs Bureau, Lau Kong-wah, was promoted to the role of Secretary for Home Affairs. Despite being a DAB member, he is tasked with allocating resources to promote community development in local districts in his new role.

Labour Party legislator Lee Cheuk-yan questioned in late-July that Lau’s affiliation with the DAB may pose a conflict of interest. He said there were a lot of “tunnelling activities” going on between the bureau and district-level groups, adding: “The [new] home affairs minister will probably side with the pro-establishment camp even more.”

Lau subsequently responded that he would comply with existing laws and mechanisms.

The territory-wide district council election will be held on November 22, 2015, involving all 18 district councils in Hong Kong. Hong Kong residents aged 18 or above are eligible to elect district representatives for a four-year term, who will begin their service in 2016.