A pro-Beijing politician has placed multiple life-size cardboard cutouts of himself along a street, prompting residents to report him for obstructing public space.

On Monday, a DAB community officer of the Central and Western District, Yeung Hok-ming, put up some 20 stand-ups highlighting his district work over the last five years. Yeung, who lost in the 2011 district council election, intends to run for the upcoming one this November, according to local media reports. 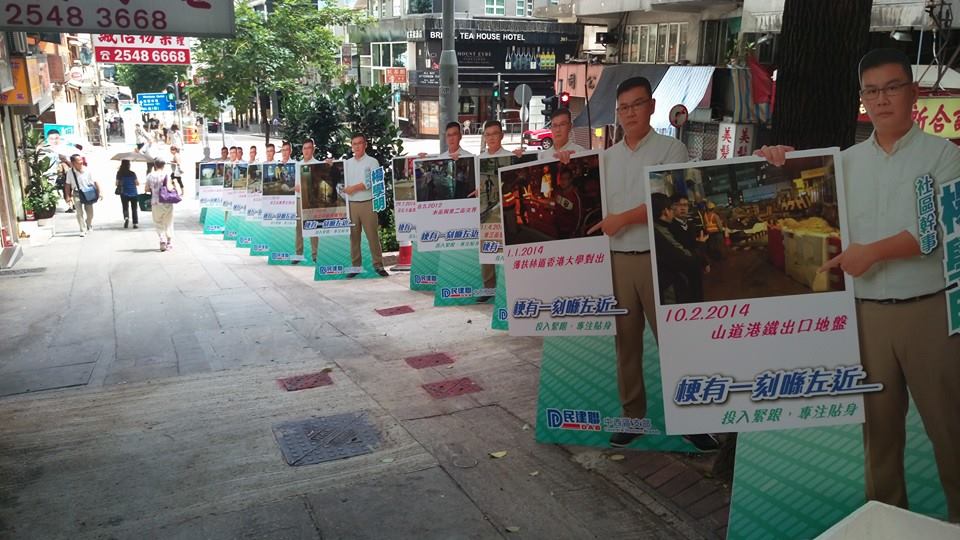 The cardboard cadet sparked outrage on social media after Cyrus Chan Chin-chun of the Democratic Party posted pictures of the campaign on Monday. Chan said he had called the Food, Environment and Hygiene Department (FEHD) — which is responsible for maintaining street cleanliness — and slammed Yeung for obstructing the streets and posing a threat to transportation safety.

One netizen said, “All the telecommunications promoters stationed outside MTR stations can ignore the FEHD from now on. They can just tell the authorities about Yeung’s case.” Another asked, “Does he really need that many cardboard cutouts?”

Some residents complained to the FEHD and police on the spot, prompting Yeung to remove the stand-ups after police intervention, InMedia reported. The FEHD responded on Monday evening saying that it had received a complaint but they were unable to locate Yeung or his cardboard doppelgangers during a follow-up inspection.

A picture posted by a netizen on Tuesday suggested that Yeung had not been deterred and was busy populating nearby Whitty Street with cardboard clones. 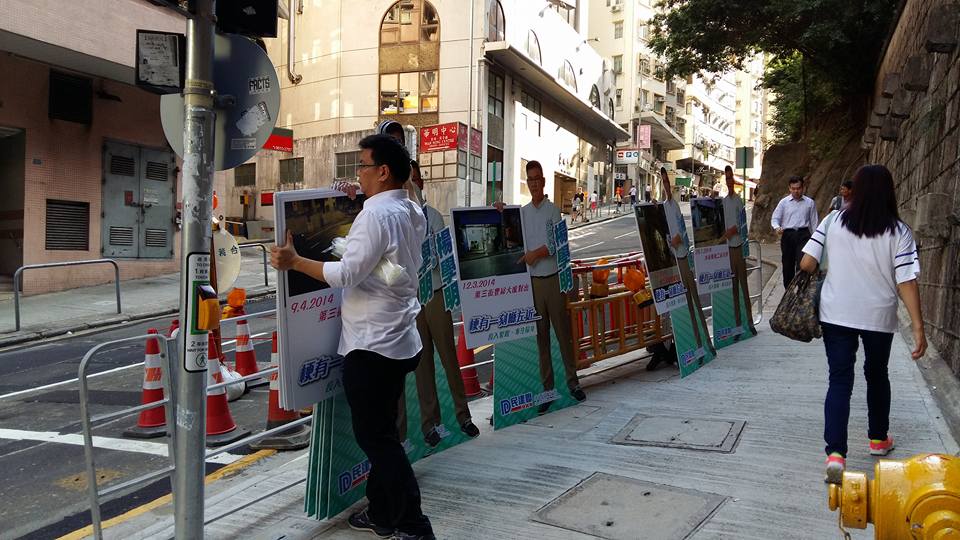 Yeung admitted that he did not inform the FEHD, which is required if anyone wishes to place promotional materials in public space. But he denied that his campaign was obstructing the public as a staffer was present on site.
This is not the first time Yeung has received complaints regarding improper display of promotional materials. In 2011, Yeung put up 13 posters of himself on the front door of a residential building in the run up to the district council election. His party, the Democratic Alliance for the Betterment and Progress, had also reportedly displayed banners without permission when FEHD staffers were not at work. 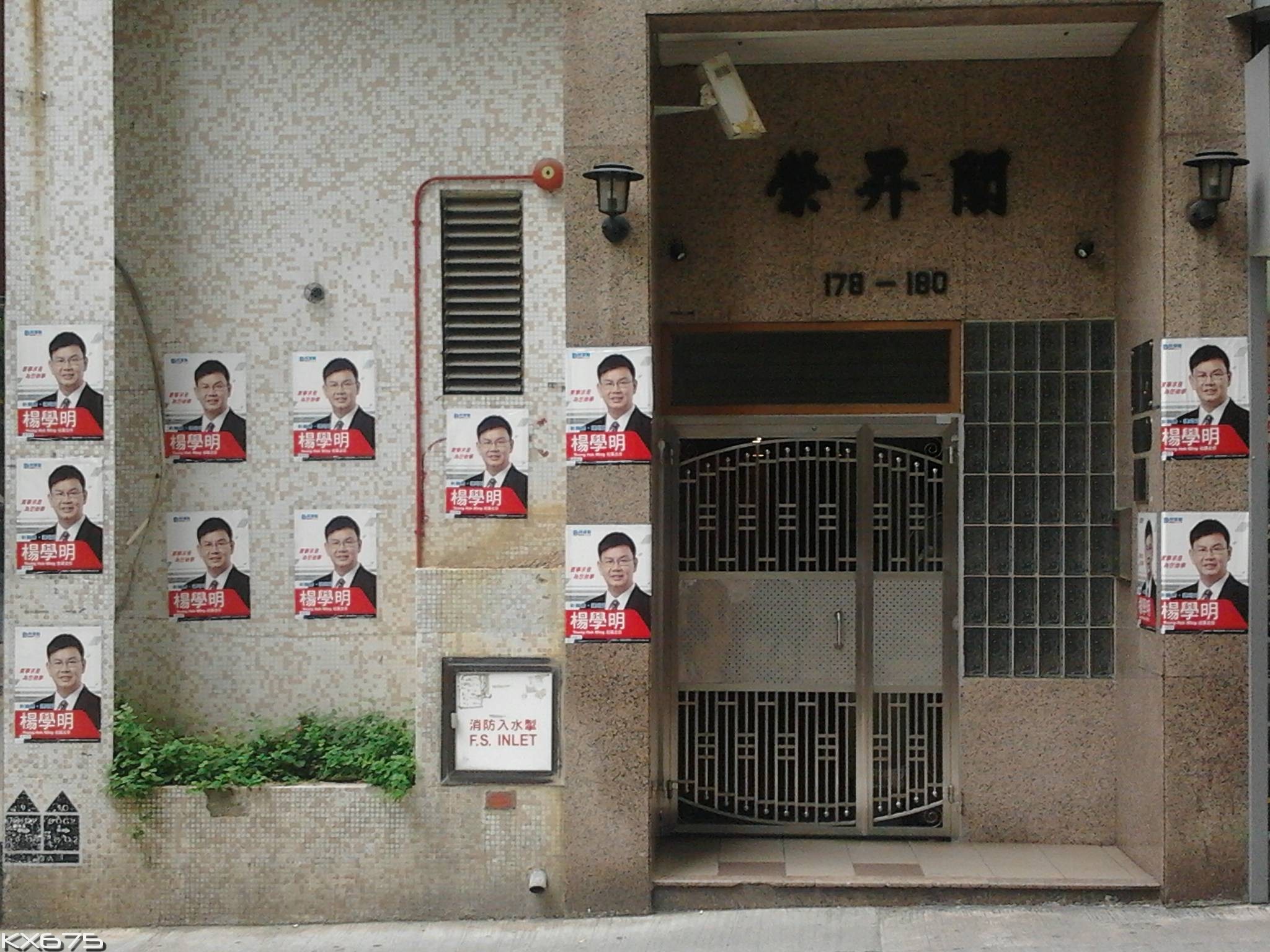 Yeung puts up 13 posters of himself at the front door of a residential building. Photo: Wikia.

Yeung sits on several government committees and community organisations, including the Fight Crime Committee of the Home Affairs Department. He lost to Democratic Party’s Nelson Wong in the 2011 district election.

There are currently five councillors from the DAB in the Central and Western District, including lawmaker Yip Kwok-him. Of the 18 councilors in the district, three are affiliated with the Democratic Party, one with the Liberal Party, and the rest do not have any political affiliation, according to the government’s website.

Who, me? District council candidate fills street with life-sized cardboard cutouts of himself