Hong Kong police are seeking legal advice from the Department of Justice regarding an allegation that a retired superintendent assaulted pedestrians during last year’s pro-democracy Occupy protests.

Alan Lau Yip-shing, director of the police’s operations department, said in an RTHK programme on Saturday that the police force is “carefully considering” the report by the Independent Police Complaints Council (IPCC). It is seeking legal advice from the Justice Department before deciding upon the next step, Lau said.

He asked the public to give police and the IPCC time to handle the case, and promised to release updates as soon as possible. Retired superintendent Chu King-wai was filmed hitting pedestrians in Mong Kok in November last year. Upon receiving complaints from a man who was videotaped being hit by Chu, the Independent Police Complaints Council (IPCC) investigated the case and reportedly voted 12:6 in favour of substantiating Chu’s case of assault last month.

Police rejected the IPCC’s ruling two weeks ago and asked for another vote on the case, upsetting the public and sparking several small protests. The IPCC subsequently held a meeting to discuss whether to accept new documents submitted by the police on July 23, and decided to uphold its ruling.

The IPCC publicity committee chairman said that the council members had watched the related videos over 100 times, and have a “clear understanding of what the officer was doing”.

If police insist on overturning the IPCC’s decision, the IPCC will need to submit a report to Chief Executive Leung Chun-ying who will make a final decision on the case. Some are worried that Leung would not handle the case with impartiality.

In a testimony obtained by local newspaper Ming Pao, Chu is quoted saying that he “unintentionally touched” pedestrians with his baton, and that he was only using his baton “as an extension of [his] arm to pat” Cheng.

A number of alleged police abuse cases emerged during the Occupy demonstrations last year. The police force has subsequently suffered a drop in public trust, according to a recent CUHK survey. Another survey conducted by HKU in June found that public satisfaction with the police force had declined to its lowest level since 2012. 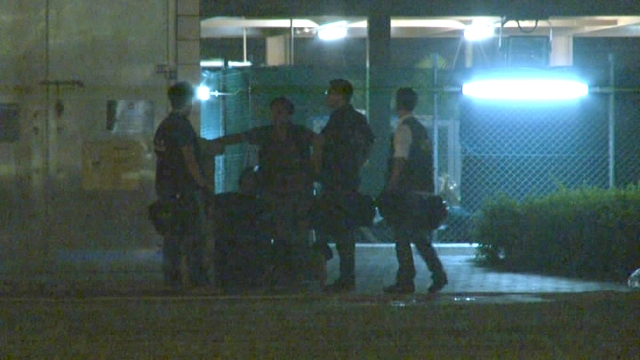 In another widely publicised Occupy-related case, seven police officers were arrested after TV footage emerged showing them beating Ken Tsang, a member of the Civic Party. Lau, the police operations director, said that the case had been handed over to the Justice Department and was a priority. He said the police would not tolerate any violation of the law by its own officers.

Official figures reveal that of the 829 complaints of police assault between 2011 and 2013, none were substantiated.