The overseas Taiwanese community has organised protests in four US cities to oppose Taiwan’s new high school curriculum guidelines, which many believe are China-centric.

Scores of demonstrators gathered on Saturday in Boston, Los Angeles, New York City and Seattle after news emerged that Lin Kuan-hua, a 20-year-old spokesman for a student group campaigning against the curriculum changes, had been found dead last Thursday. 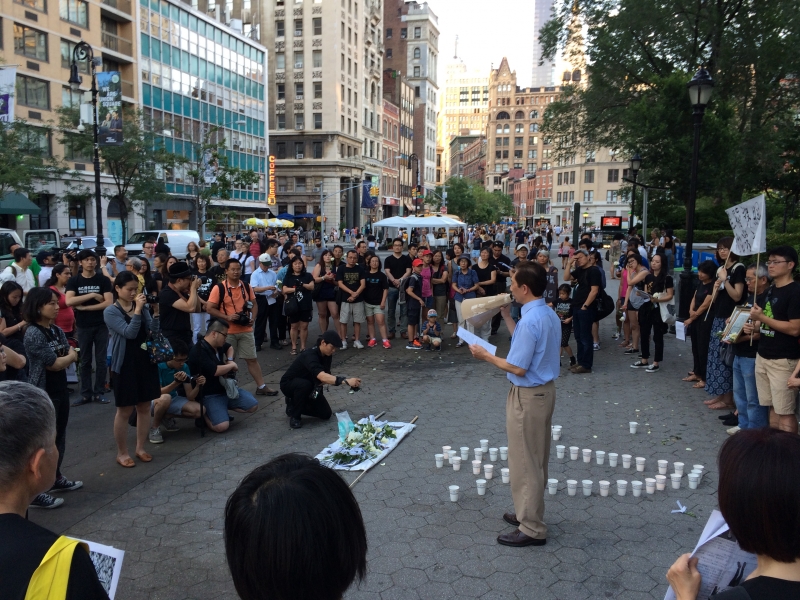 While the authorities are investigating the reason for Lin’s suicide, a group chat disclosed by Lin’s peers suggested that he may have planned his suicide as a way of escalating the campaign. Media reports have also cited Lin’s worry of possible prosecution after being arrested at an anti-curriculum protest one week prior as a plausible explanation.

The young activist’s death devastated his peers and sparked the occupation of Taipei’s education ministry, which has been going on since last Thursday evening. A televised meeting between students and Education Minister Wu Se-hwa will be held on Monday afternoon. In response to the developments in Taiwan, US-based organisers of Overseas Taiwanese for Democracy asked Wu to step down and the Taiwanese government to withdraw the controversial textbook changes, as well as democratise the education system.

Eason Hsu Yi-Hsuan, a spokesman for the New York protest, said in a speech, “Lin sacrificed himself for his ideals on July 30. He was younger and more courageous than most of us here. He left us with these last words: ‘Maintain my conscience while I’m alive.’

“Today, we are here to mourn Lin’s death, and to tell him that Taiwanese across the world will stand up and fulfill his wish of seeing the illegal curriculum guidelines withdrawn.”

According to Hsu, the guidelines are an indication that the pro-unification Kuomintang party uses education as a political tool to “brainwash” the younger generations. “We call upon the legislature to review the law so that the policy making process of adjusting the curriculum guidelines should be transparent and professional,” Hsu said. 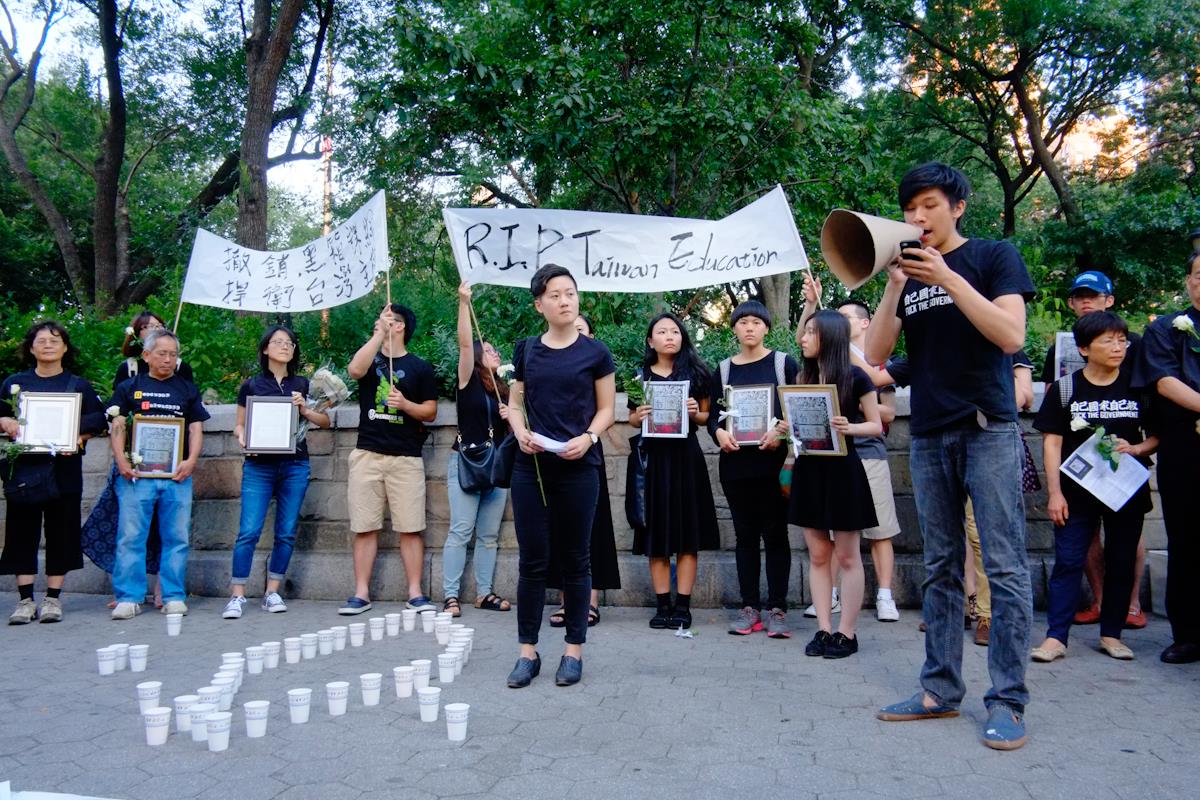 The organiser of the protest told HKFP that the demonstrations had attracted onlookers, some of whom even joined in and shouted slogans with the protestors.

In LA, demonstrators wore black as a tribute to Lin, and used cardboards to make a coffin to symbolise the “death” of Taiwan’s education system. They met with LA’s Taipei Economic and Cultural Office (TECO) Director Hsu Yun-gon, who said that he would convey the protesters’ message to the Taiwanese government.

TECOs have served as Taiwan’s as de facto consulates in the United States since Washington switched recognition from Taiwan to Beijing in 1979. 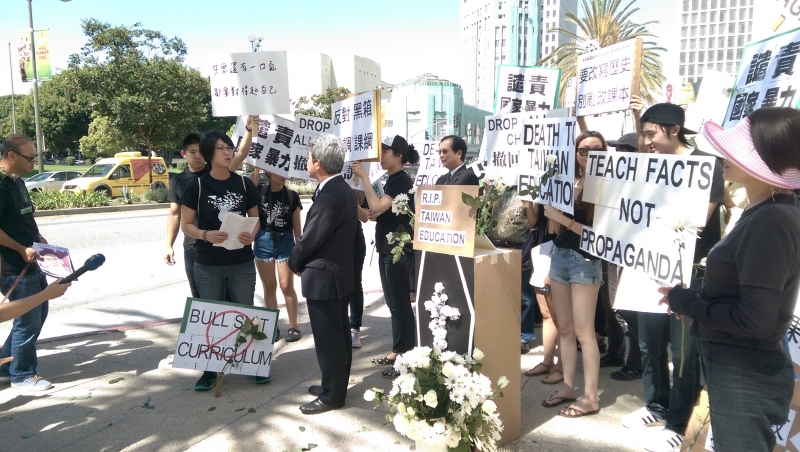 In Seattle, dozens of demonstrators gathered at the University of Washington. “We are the lost generation that did not dare to question the conservative education system,” said a protestor. “But Taiwan’s students’ ability to think critically and pursue the truth has given us hope. We want them to know that we support their campaign.”

Another protestor said that the government should teach diverse historical narratives objectively. “The goal should be to help the future generations find their own sense of identity,” he said. 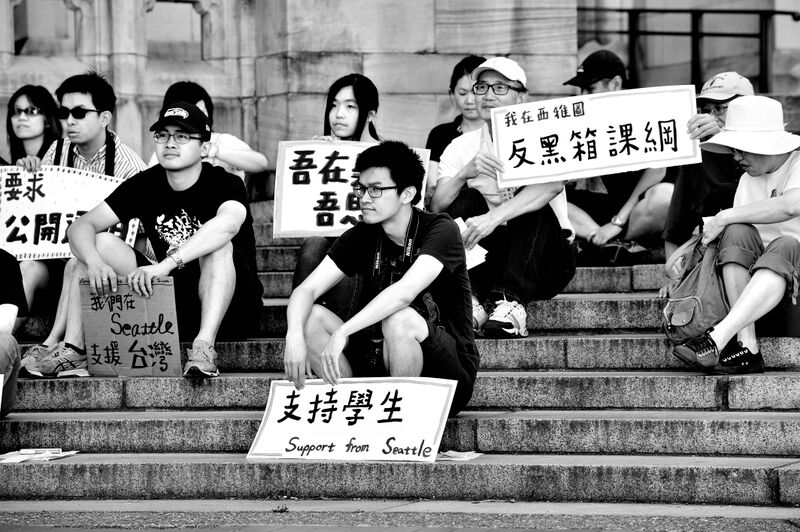 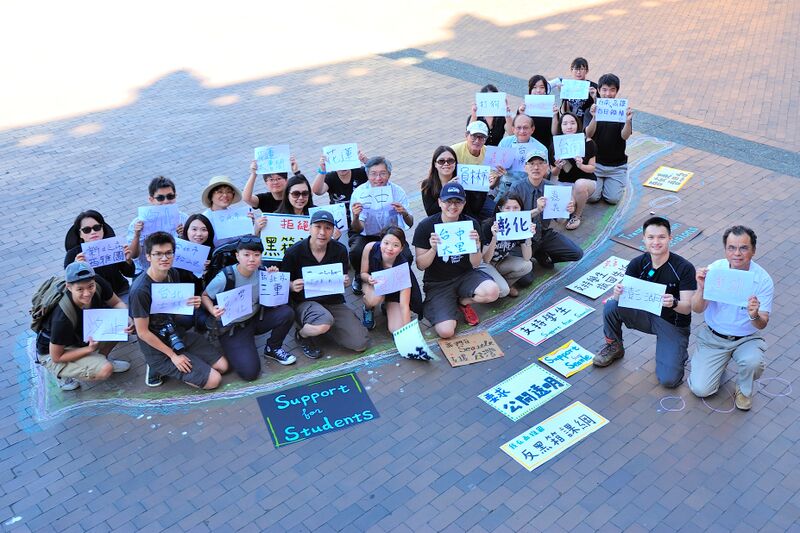 In Boston, some 30 demonstrators gathered at Harvard Square, according to the organiser. They held placards that read, “Education is not a political tool” and “Don’t corrupt our education [system].” 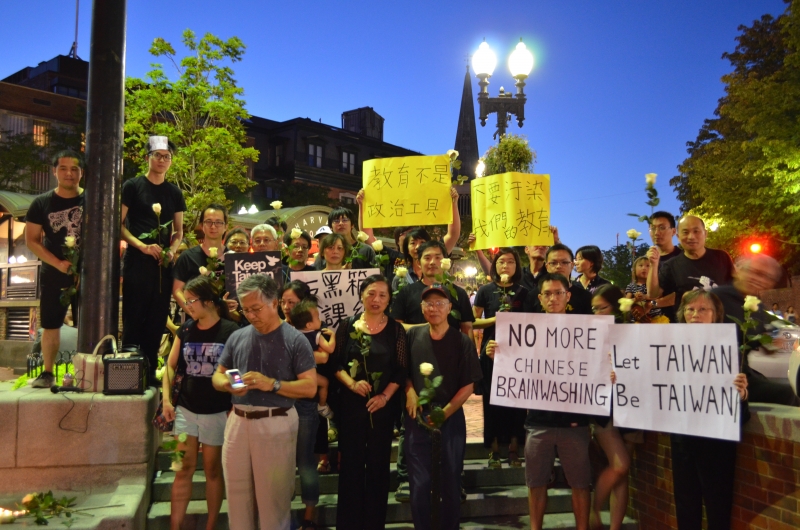 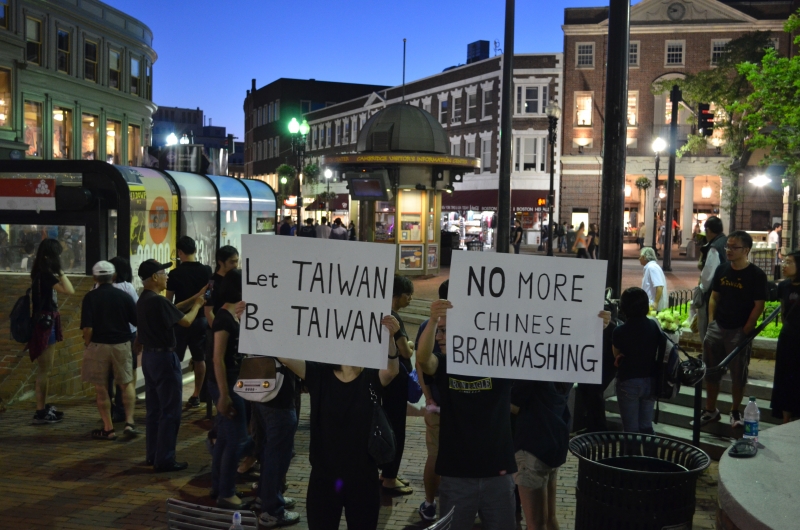 The organiser wrote in a statement, “We pay our greatest respects to Lin Kuan-hua, who no longer has the chance to witness what he had fought for: a Taiwanese society that engages in peaceful discussions and resolves conflicts with open minds.” 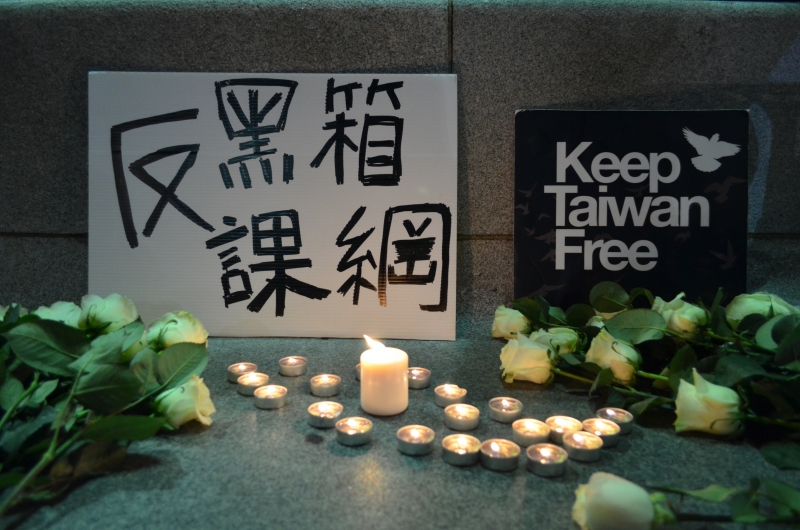 In Pictures: Taiwan's textbook controversy spreads to US cities