Villagers in Chongqing’s Qijiang district normally wake up to the sight of white cliffs and green grass—but they can now expect to see a somewhat less unfamiliar shade on the hills. A villager in Chongqing hired painters to cover a 2,000 square metre section of a cliff in green paint. Photo: cfp.cn.

Local media reported that a villager in the town of Ganshui in the district felt the white cliffs were affecting his home’s feng shui, and hired painters to cover a 2,000 square metre section of the cliffs in green paint. 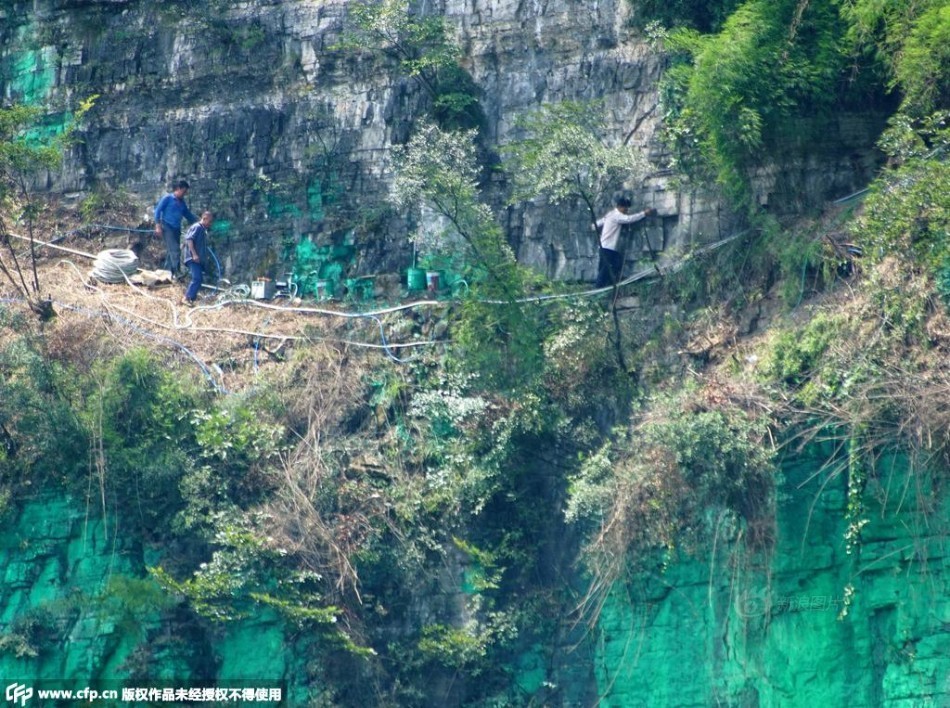 Three men scale the sides of the cliffs. Photo: cfp.cn.

Feng shui is a traditional Chinese philosophy which dictates that an individual’s surroundings influences one’s luck. It is often used to determine the design and orientation of buildings, as well as interior design. 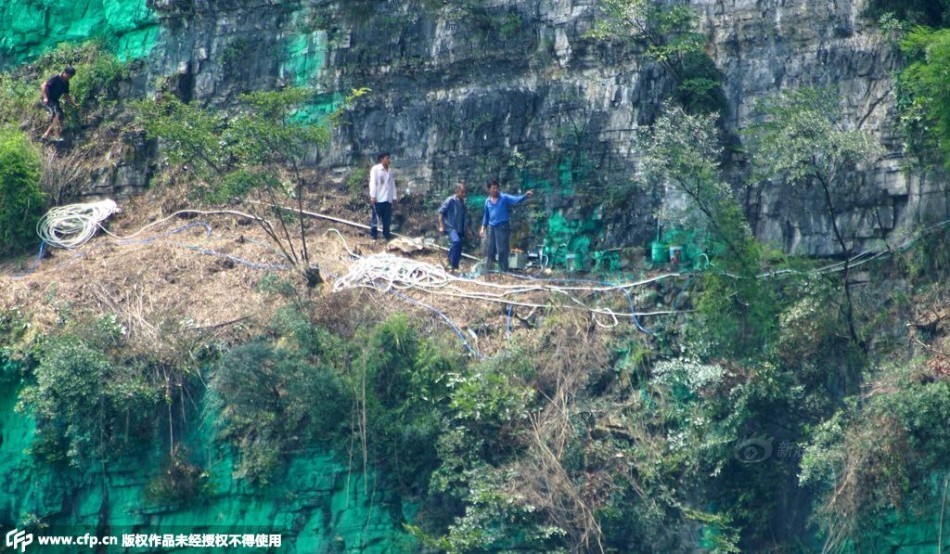 The four men scaling the side of the cliffs inspect the cliffs. Photo: cfp.cn.

Local authorities are said to be investigating any possible environmental damage the paint may have on the cliffs. 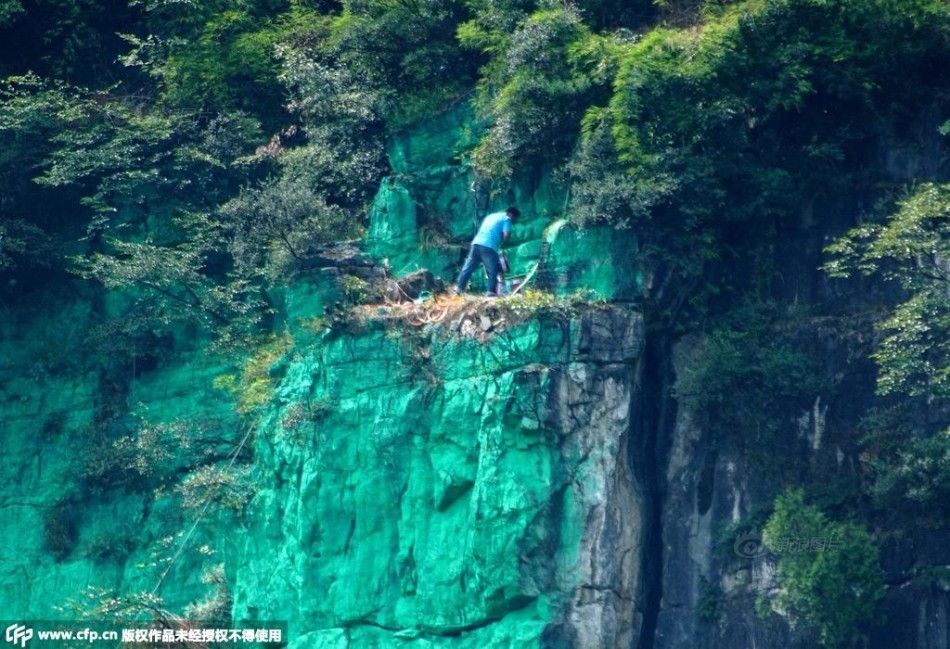 One of the workers adding a layer of green paint to the cliff. Photo: cfp.cn.