Hong Kong is generally perceived as one of the more progressive corners of Asia on the matters of gender and racial acceptance. However, traditional gender roles are still expected of and imposed on women, implicitly and explicitly, in varying degrees.

While gender discrimination and rigid gendered expectations for both men and women are widely prevalent, my personal experiences in Hong Kong’s legal industry — where I experienced first-hand the most blatant as well as more subtle forms of discrimination — was a crude but necessary awakening that not even the most privileged and well-educated among us are exempted from gender discrimination, whether as victim or as perpetrator. 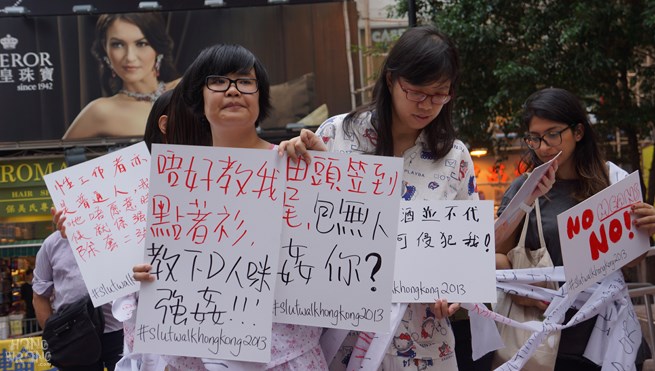 I am fortunate to be raised by two loving and (by most standards) open-minded Chinese parents. Since a young age, they impressed upon me that the only person who could stop me from achieving whatever I set my mind to is myself. My mother, who for years ran her own successful business, took pains to remind me and to demonstrate with her own actions that I shouldn’t assume, nor expect, a spouse to support me. I must be financially and emotionally independent, and stand on my own two feet.

Imagine, then, my confusion when I returned to Hong Kong after completing my undergraduate studies in a Western institution. Suddenly, my personality traits that were acceptable and endearing when I was younger — being opinionated and tomboyish — were considered inappropriate for a woman my age.

My mother took on a newfound interest in my appearance and dating life. She believes, among other things, that I am too outspoken and individualistic, which scares away prospective suitors, and my boyish hair is a turn-off to most men. She frets that I wouldn’t be desirable in the eyes of the opposite sex. 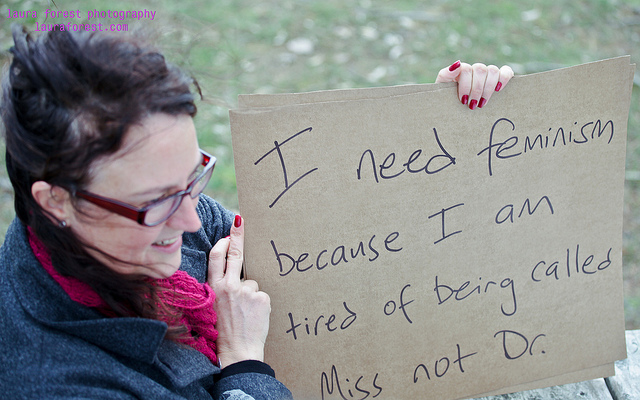 I was both confused and hurt: why did my parents invest so much effort and money into my education and tell me to dream big, when in the end what my mother most wanted for me was to become a man’s Mrs? In retrospect, she would not have said any of this to me if I were male.

Still, nothing could have prepared me for the sexism I encountered since joining the legal field. I have observed the daily workings of some of the top multinational corporate law firms in Hong Kong, where some of the best and brightest local and foreign (read: white) legal professionals congregate. There, sexism is not the exception; it is the norm.

Sexism comes in many forms. It is not limited to isolated incidences of misogynistic men who are overtly derogative towards women (although, an instance of a male lawyer telling a young female lawyer-to-be that she would not be hired over a male of the same calibre, since women cannot be as committed to their careers once they are married and have children, comes to mind). It also rears its ugly head in the throwaway comments, blithe insults, and backhanded compliments made by both genders, whether they were aware of it or not. It is found institutionally in our law firms, barristers’ chambers, and courts.

What is a female junior lawyer supposed to think when her male supervisor casually tells her that while she is smart, she would be better off finding a lawyer or banker to marry so she herself can “take it easy”? How is she supposed to feel when a male superior tells her she should marry before thirty, because after that she would no longer be “quality goods”? 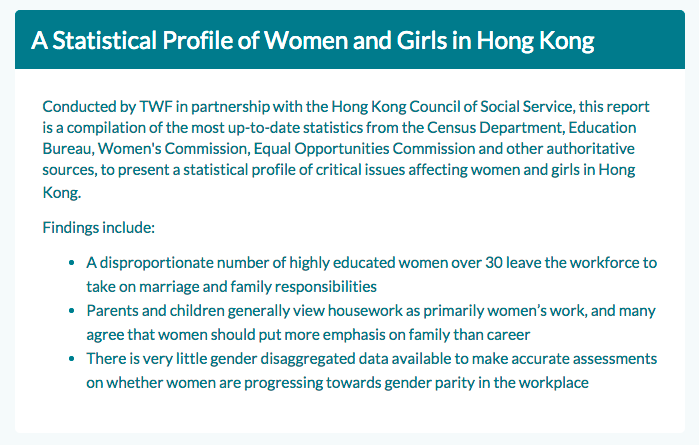 A research on women’s statistical profile conducted by The Women’s Foundation in 2012.

Am I supposed to concur when a brilliant female Cambridge-graduate ex-lawyer tells me matter-of-factly that the most important things for any woman are marriage and children, and that her career must always be secondary to her familial duties? Am I supposed to feel apathetic about the fact that the Court of Final Appeal, Hong Kong’s highest court, has never had a single female judge?

I could go on, but the above instances sufficiently illustrate the current scenario for a woman practicing law in Hong Kong, and I suspect in numerous other industries. There is a fundamental understanding in our society, engrained in both genders, that a woman’s domestic obligations are more important than the pursuit of goals that are independent from the family.

Therefore, even for women who do not want to get married or put their careers on the back burner (or drop out of the workforce completely), others often assume they eventually would. As a result, many women are not considered for senior positions within the legal hierarchy. They are too often written off by their superiors, their colleagues, their family, and by themselves, even before they first set foot inside the office. I am not saying that women who decide to forsake their careers are less independent or capable than women who are more career-oriented. The issue lies not in what a woman chooses to do with her life, but whether she is given a real choice at all; and when she is, whether she is given full opportunity to pursue that choice. Further, I am aware that I cannot speak for all women, as experiences of sexism are varied and complicated by issues such as class, race, age, and poverty. However, these differences should not divide us; rather, it unites us all, women and men, as a call to action.

All of us can contribute to the conversation through our words and actions. Whenever we experience or witness an act of gender discrimination, we should speak up. We should make the discriminator aware that his or her words or actions have no place in our pluralistic society, while reminding ourselves to be vigilant of the same. We should engage in conversations about gender discrimination in the workplace, but also in the family and in education, and how we can address inadequacies. In refusing to stay silent and becoming agents of change, we all have the power to take a stand against gender discrimination.

Taylor Wong is a legal eagle who likes to think, observe, and write about social issues, but still occasionally wishes to become a professional cat whisperer.

Confessions of a feminist in law – Part I: The problem