As the world faces one of the biggest refugee crises in living memory, some leaders are strengthening what has become known as “Fortress Europe.” Spain, Greece and Bulgaria have put up fences or walls to block out those coming over the border – a measure which time and time again has proven ineffective – while Austria has stopped processing new asylum applications.

Hungary, a country of 10 million, has emerged as the latest flashpoint in the European Union’s debate over how to share responsibility for asylum seekers. Earlier this month, the government announced it would erect a fence along its 175-kilometer border with Serbia. The parliament in Budapest made alarming changes to the Asylum Act. Prime Minister Viktor Orbán has also mounted a campaign using language that suggests a connection between migration and terrorism, which rights activists say is designed to incite sentiment against asylum seekers and draw votes from the local populace.

The Hungarian-Serbian border has become one of three main entry points for irregular migration, as Afghans, Syrians, Iraqis, Pakistanis and others arrive via Turkey, Greece and Macedonia. So far this year, Hungary has received 80,000 arrivals, up from 43,000 for the whole of 2014. Quaint settlements like Martonos and Kanjiza in Serbia, and larger border cities like Subotica or Hungary’s Szeged, now see crowds of itinerant, backpacked travelers as they head north on foot.

As EU ministers struggle in deadlock, however, pockets of resistance and action have emerged in Hungary in the form of volunteer groups providing food, clothing and advice. In Szeged, the group Migszol Szeged has set up a cabin providing basic necessities, including wifi access, to migrants on their way from Serbia to Germany via Budapest at the local train station. Defiant of Orbán and a government which they say do not represent their views, they have been doing the exact opposite of building fences: rolling out the welcome mat. 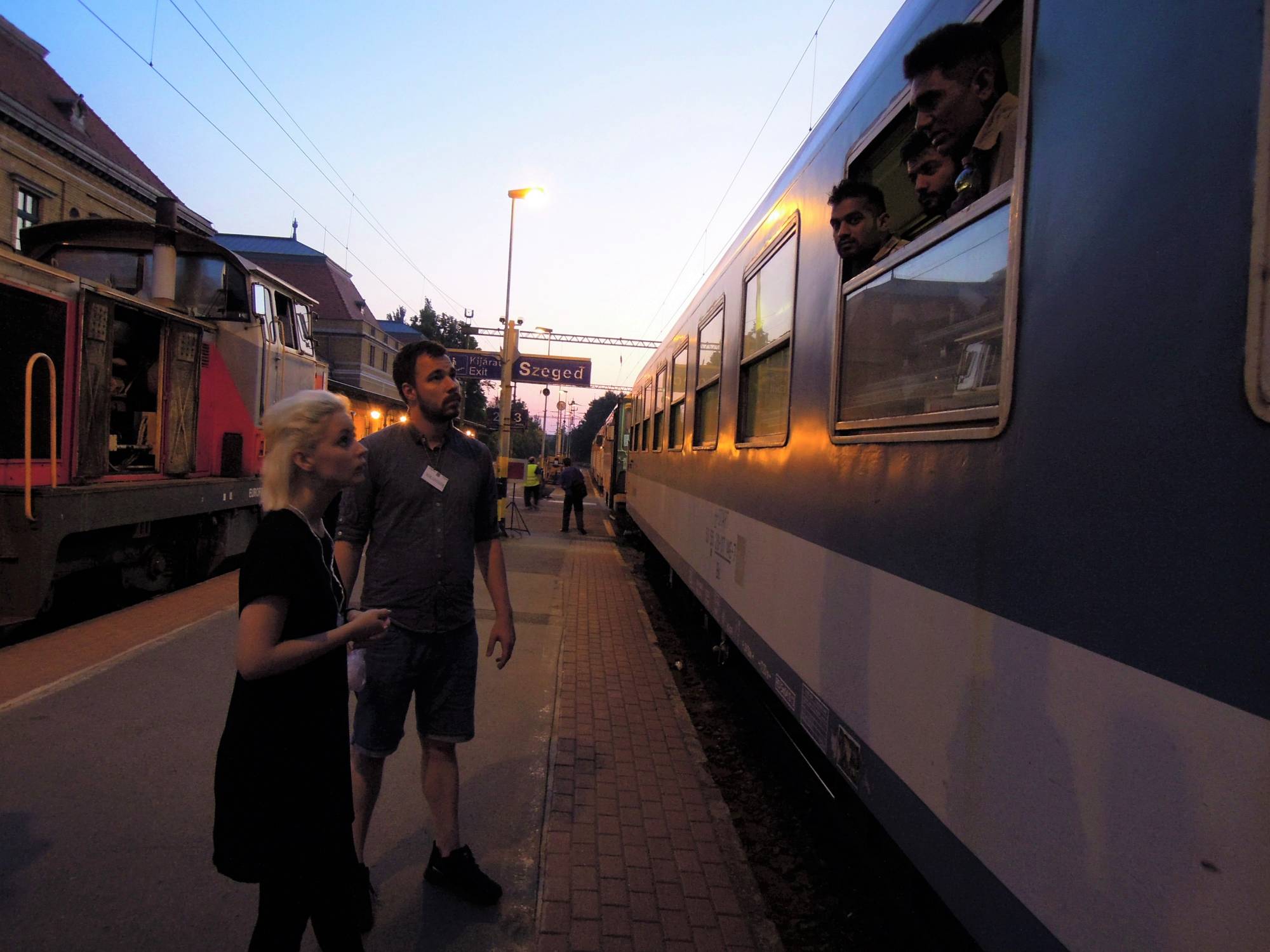 Volunteers for the MigSzol Szeged group Eszter-Virag Meyer, 22, and Daniel Szatmary, 29, bid farewell to asylum seekers they had met just hours earlier. As dawn breaks at the train station, it has become a key spot for many refugees from Iraq, Syria, Afghanistan and beyond en route to Europe to seek protection. 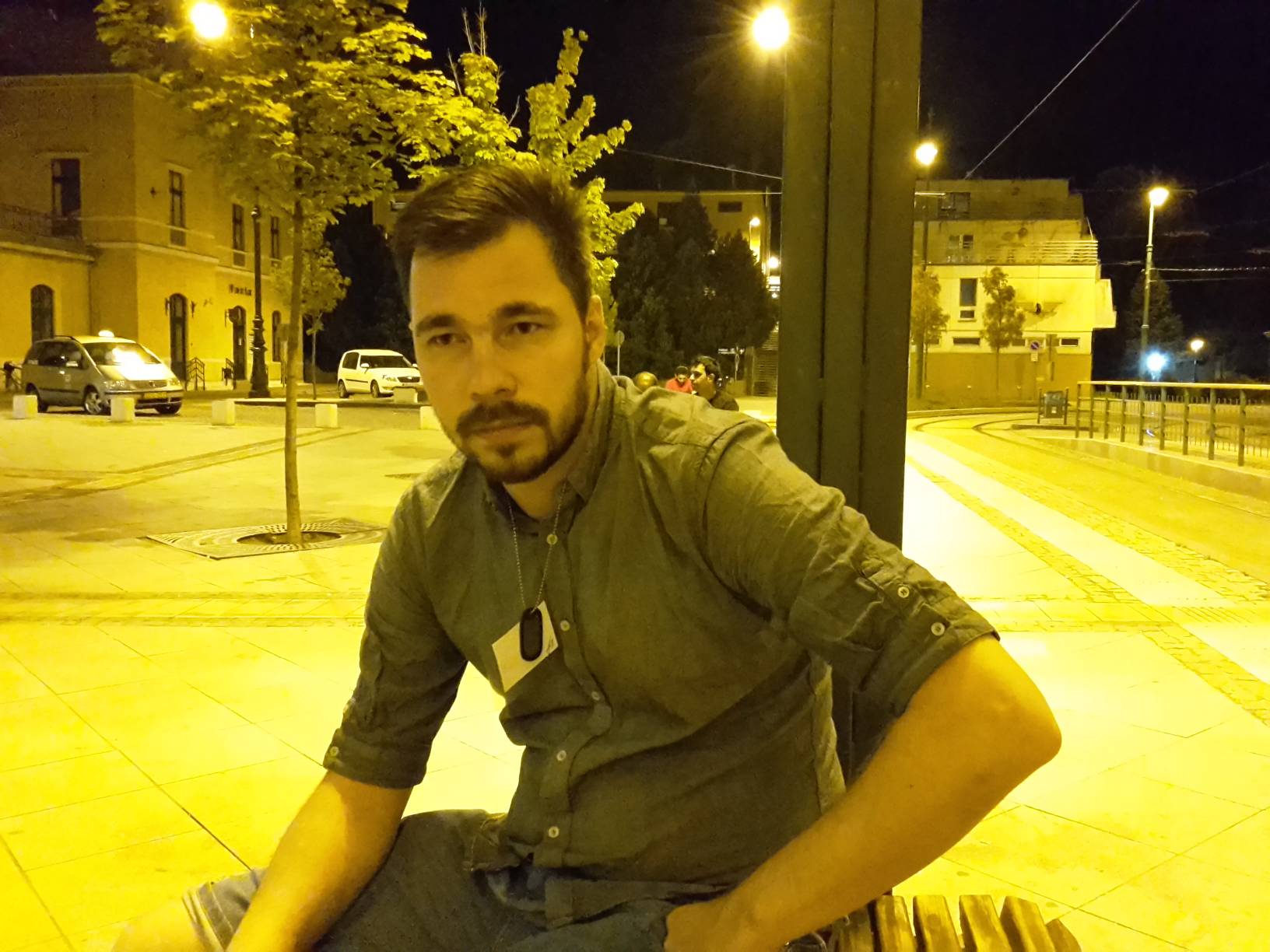 IT worker by day, volunteer for MigSzol Szeged by night, Daniel Szatmary, 29, struggles to recall the last time he slept as he takes a 3 a.m. break from serving asylum seekers tea at the Szeged railway station. 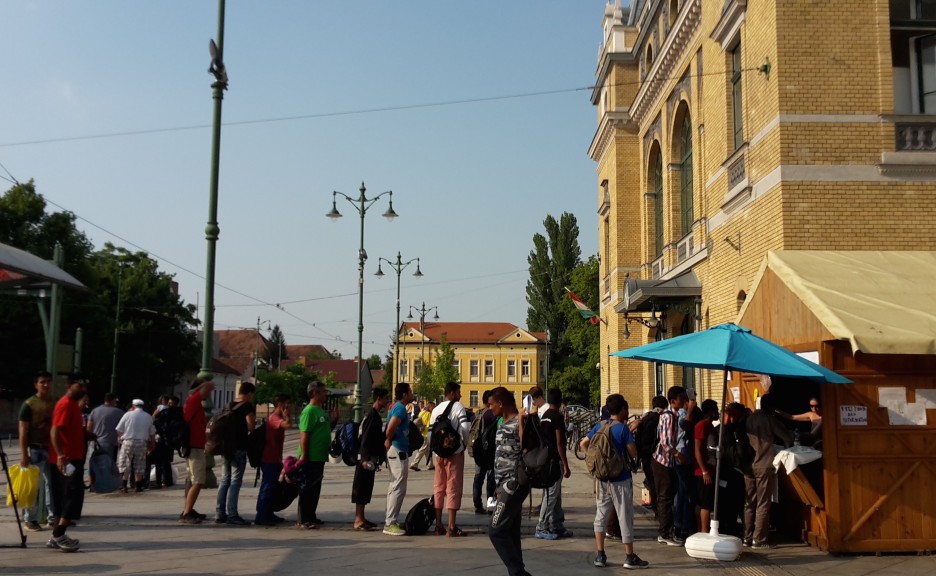 Asylum seekers stand in line waiting to receive basic necessities which have been donated by residents. 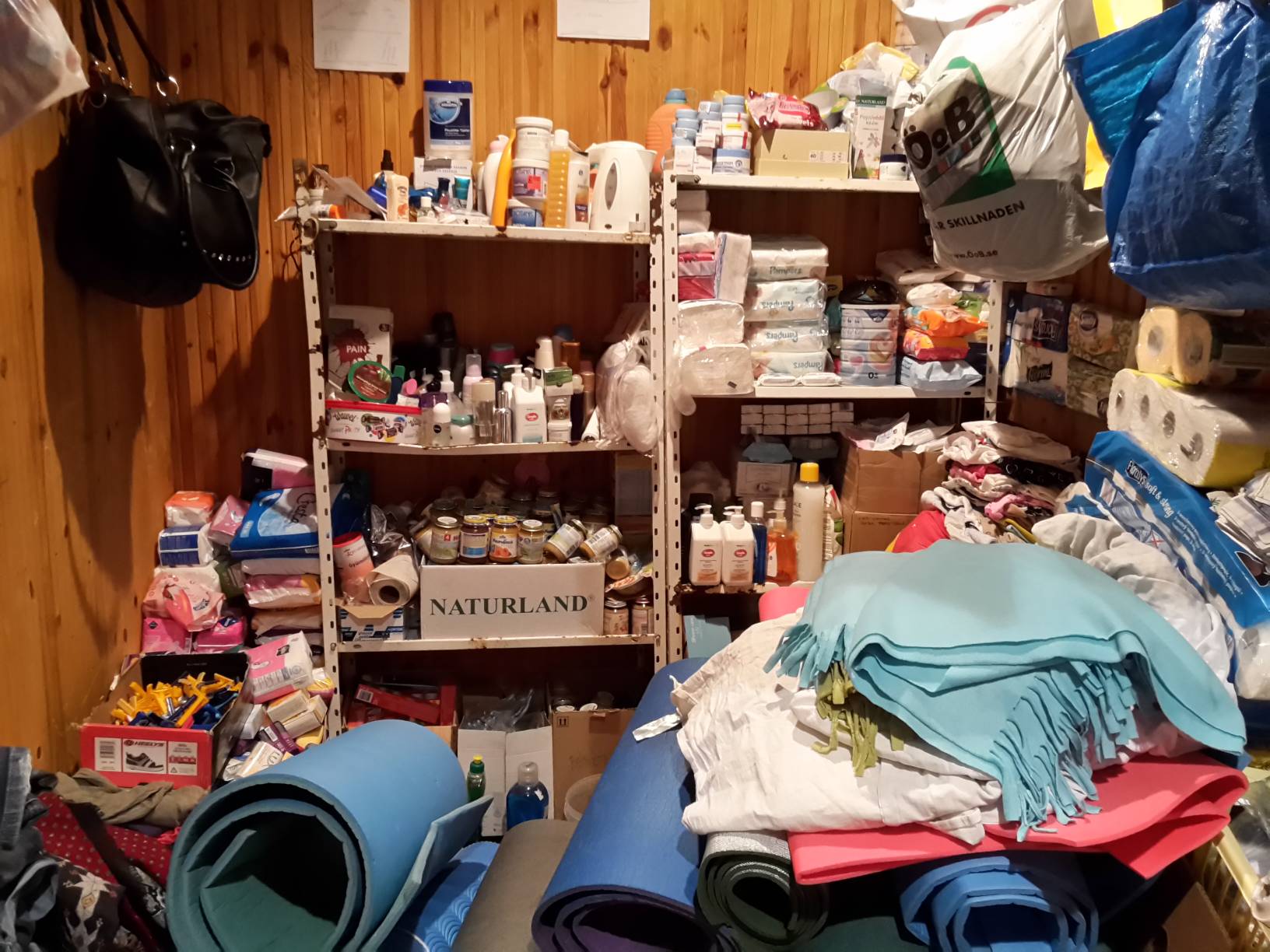 Blankets and toiletries donated by residents sit ready for distribution in a makeshift cabin recently erected to serve asylum seekers. 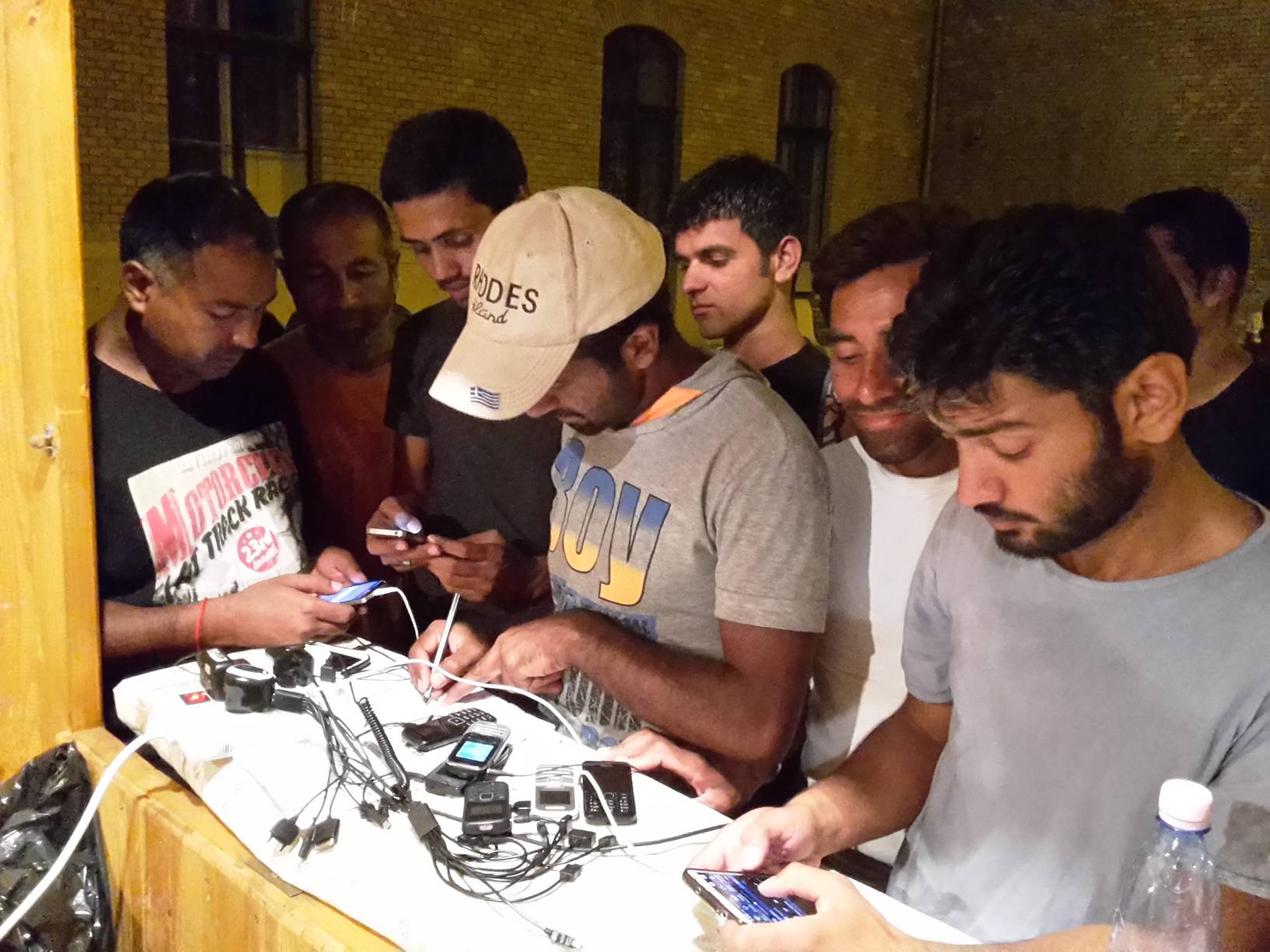 Migrants charge their phones and receive some valuable wifi access to contact family members back home in Iraq, Pakistan, Syria, Afghanistan and beyond. 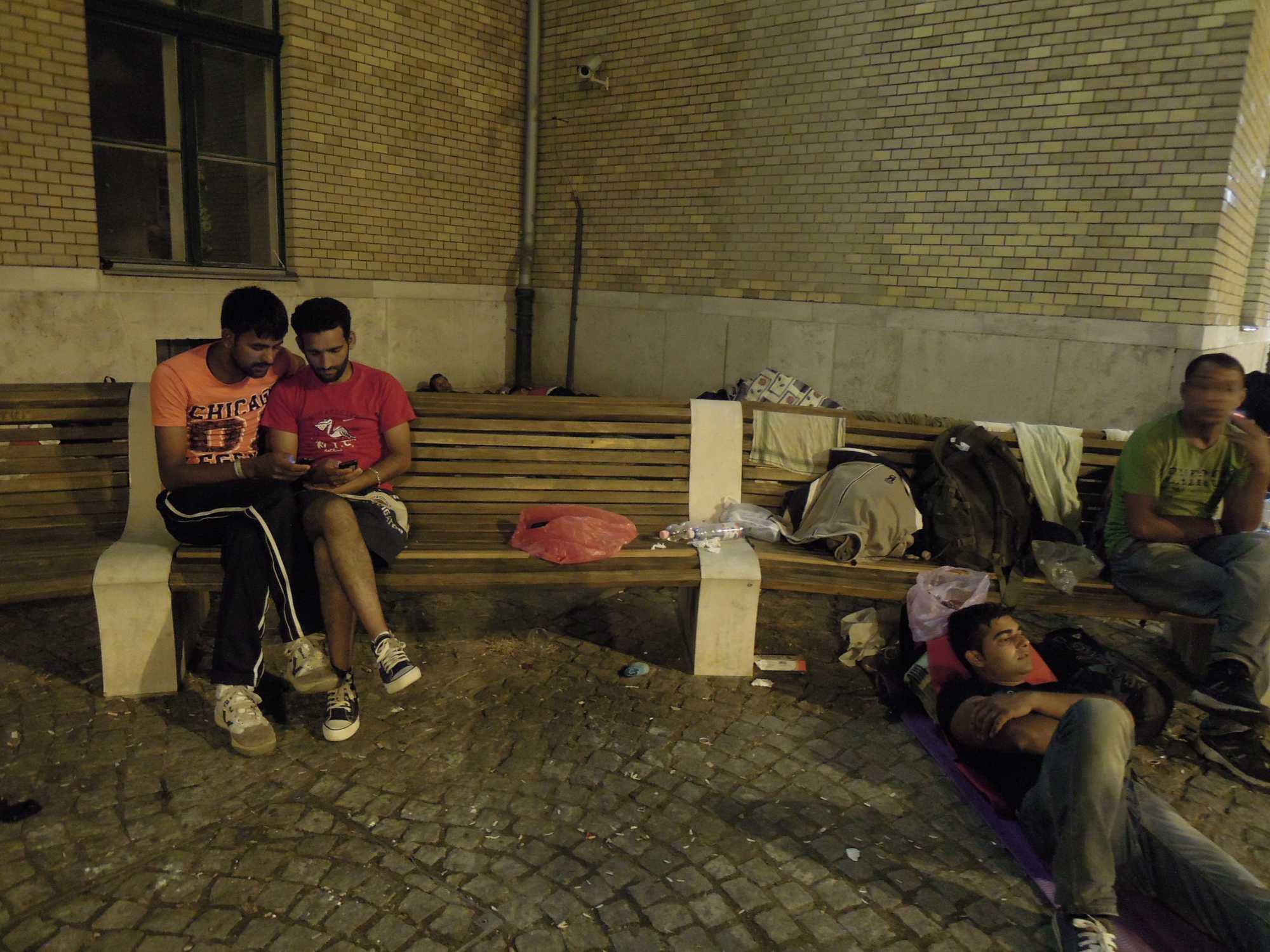 Migrants settle in for the night outside the railway station in Szeged. 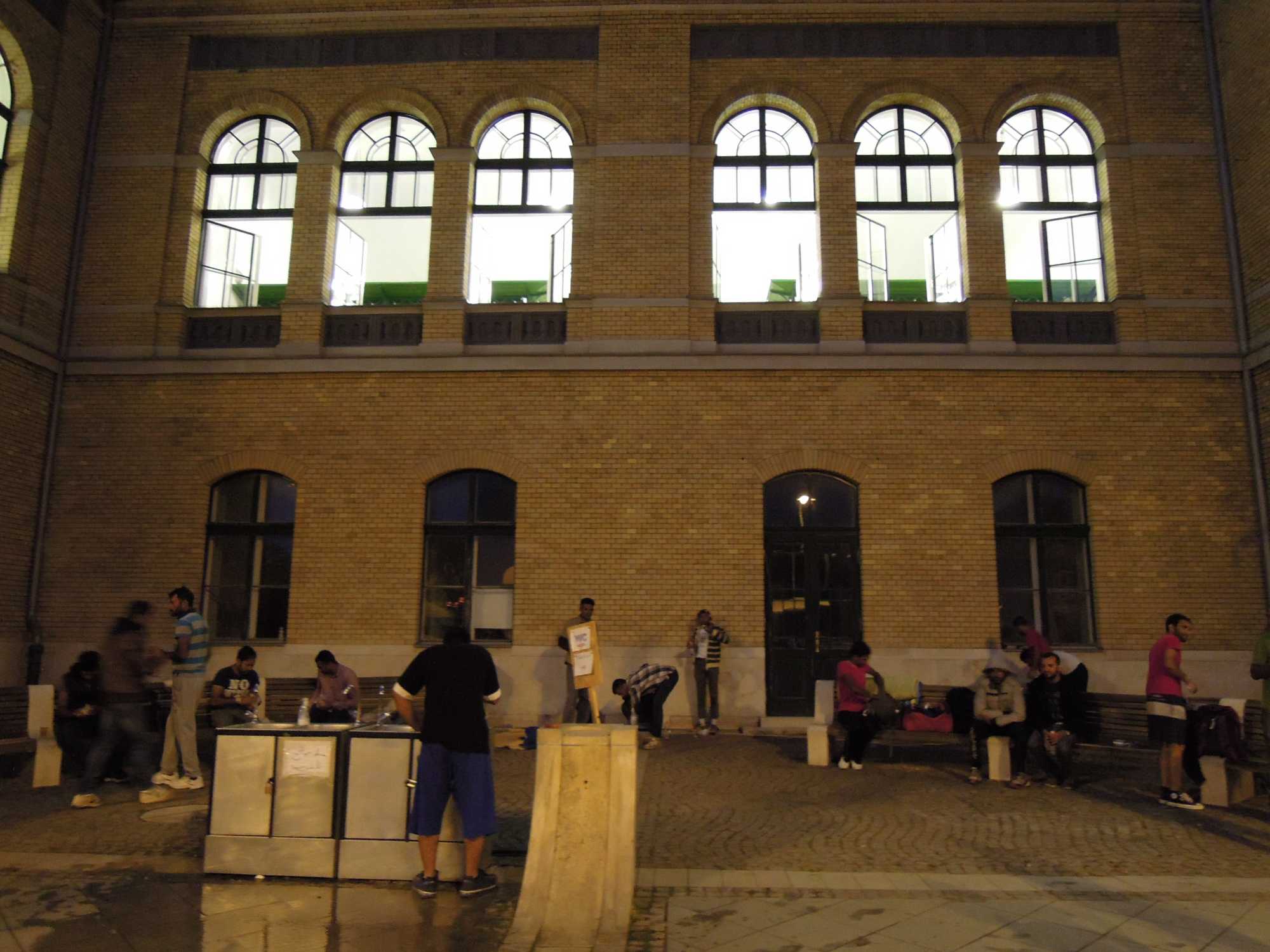 Migrants awake and wash at recently erected makeshift sinks as they prepare to head off on the first train of the day. 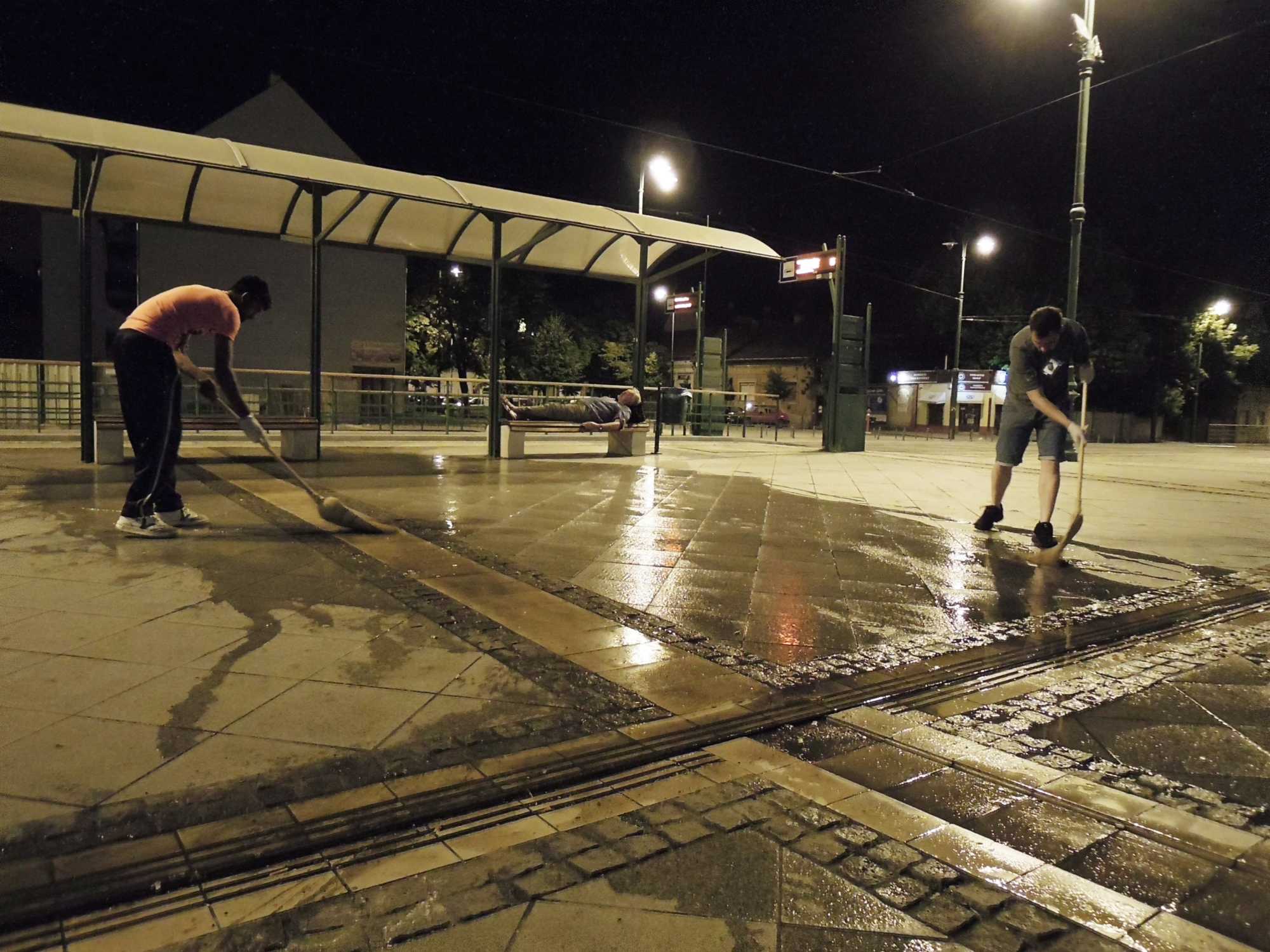 A migrant helps a Daniel Szatmary, a volunteer from the migrant support group MigSzol Szeged, clean up the area around the station. 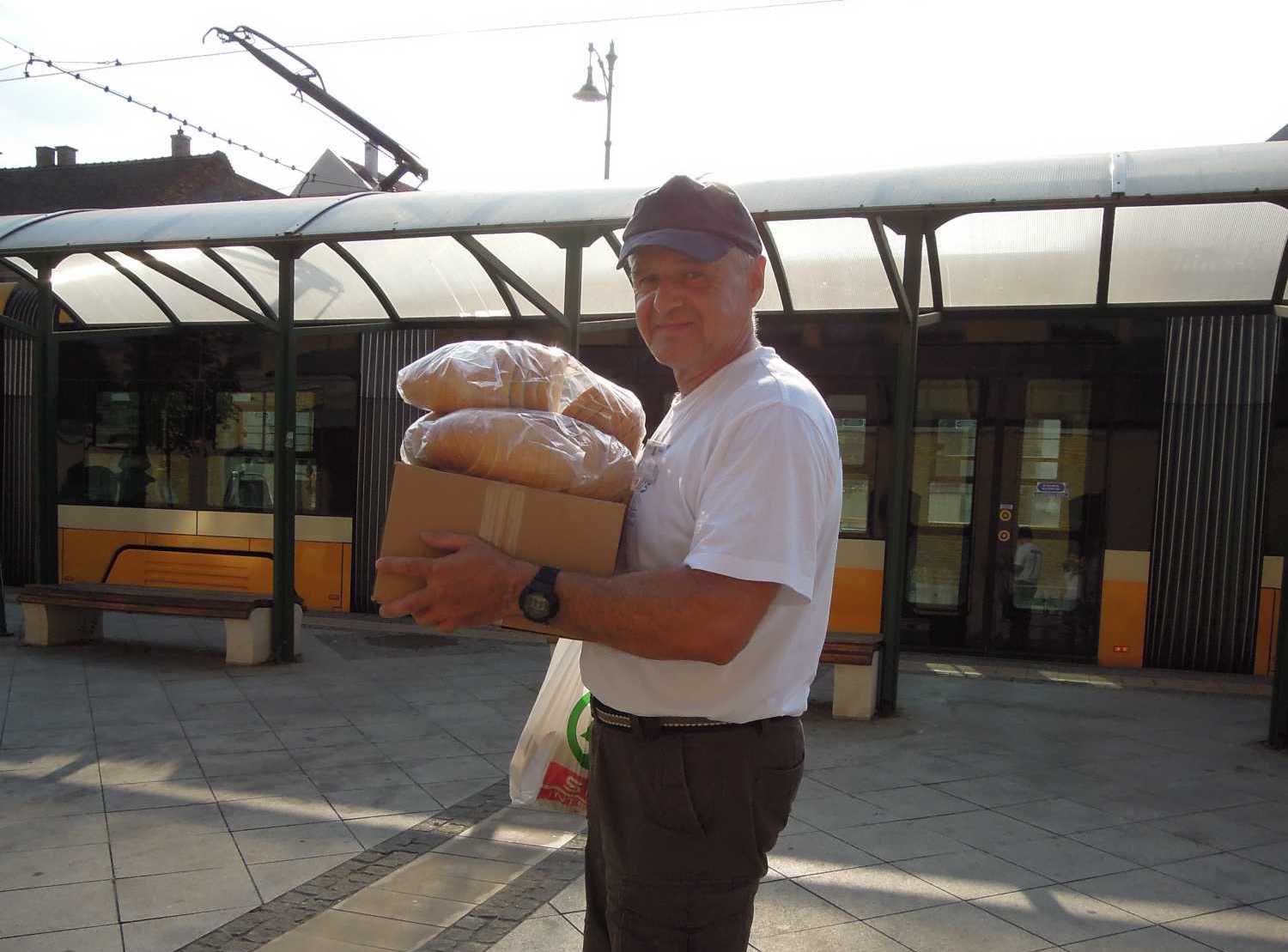 A volunteer of the migrant support group MigSzol Szeged carries bread at the railway station. 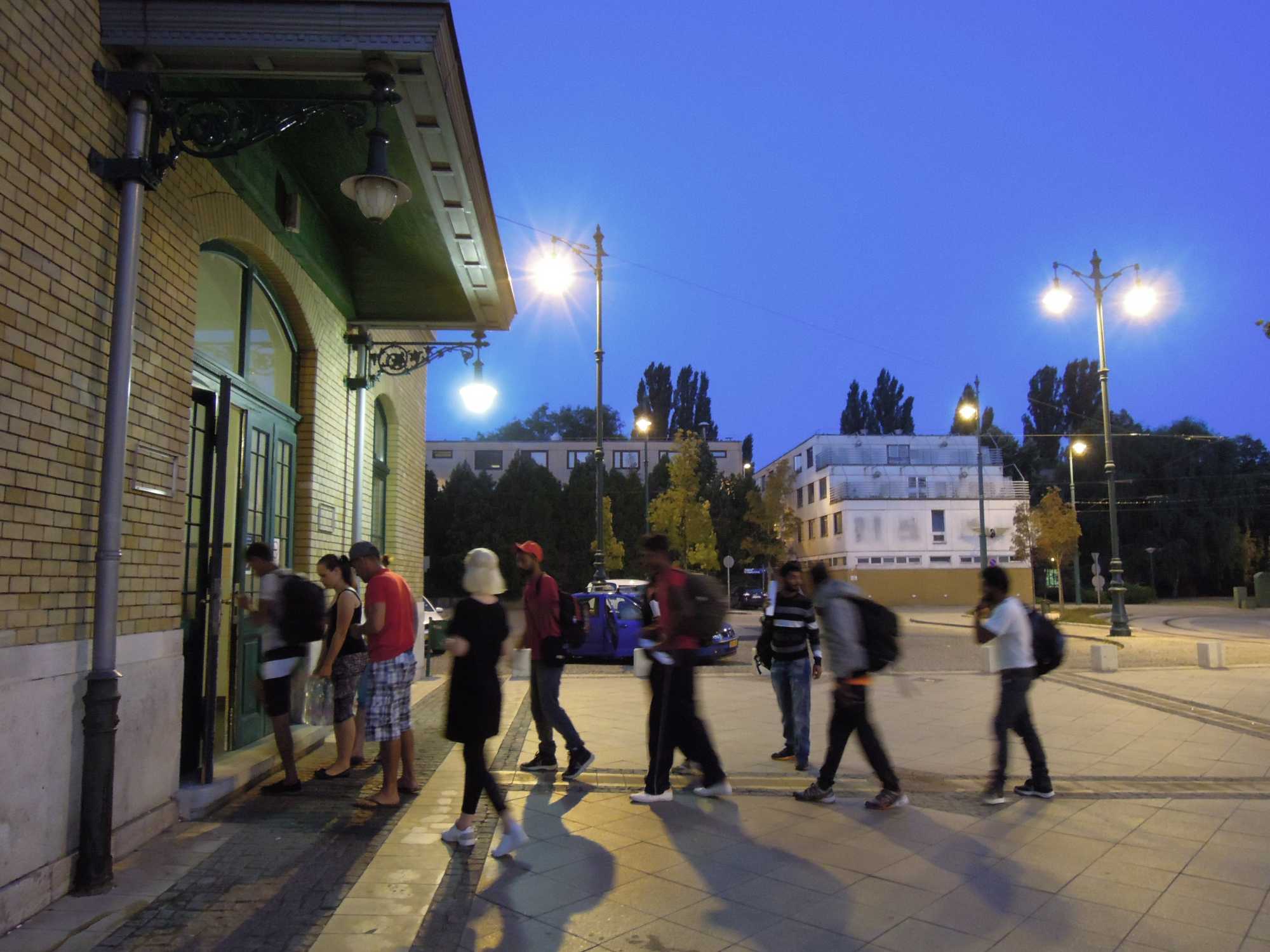 Migrants prepare to leave on the first train to Budapest. 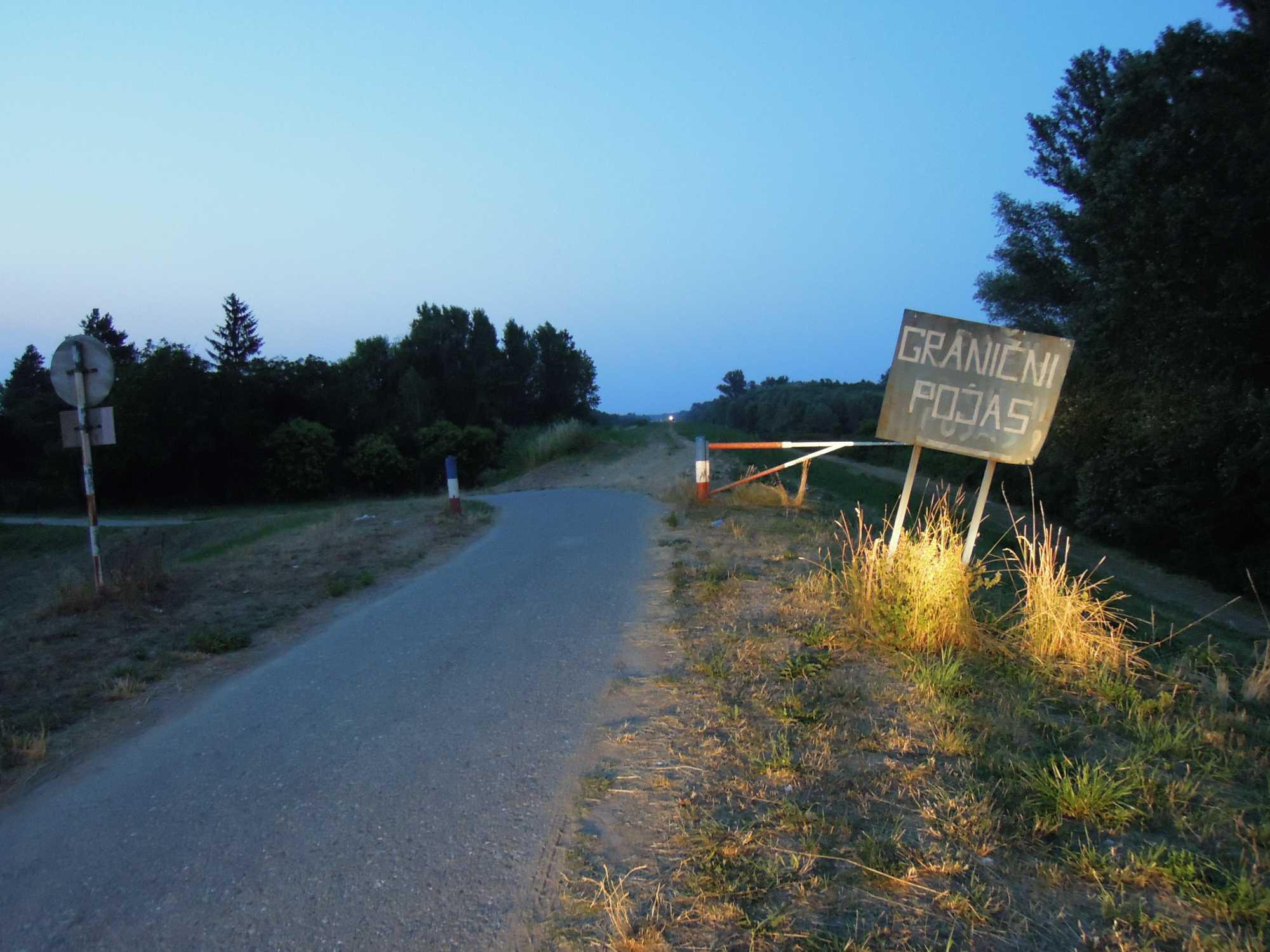 A sign post marks the border between Hungary and Serbia, where Budapest has announced plans to erect at 175-kilometer fence to prevent illegal crossings. 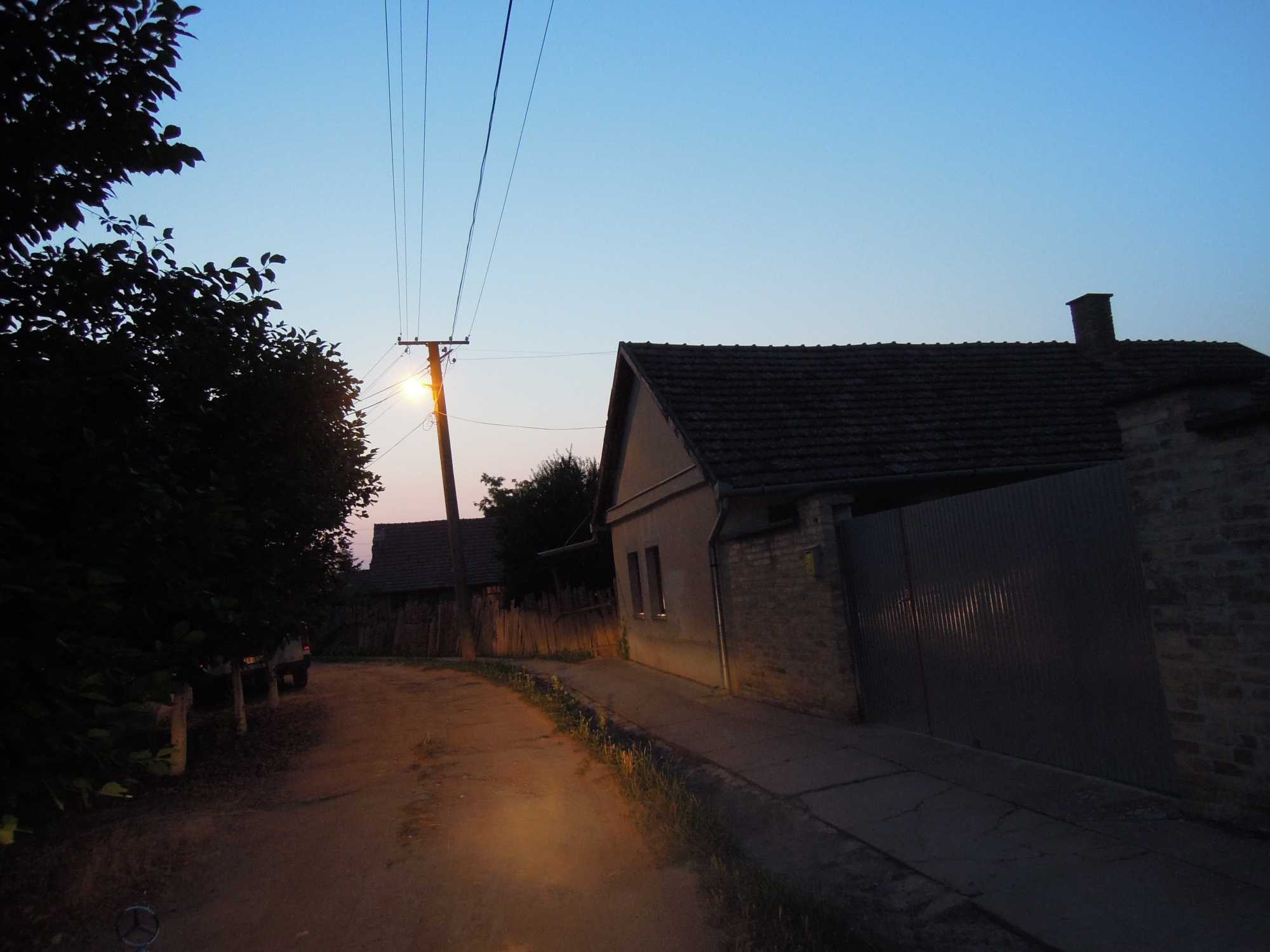 Quiet, ageing border towns like Martonos, Serbia pictured, are seeing increasing activity as migrants advance nearby on their way to Hungary. 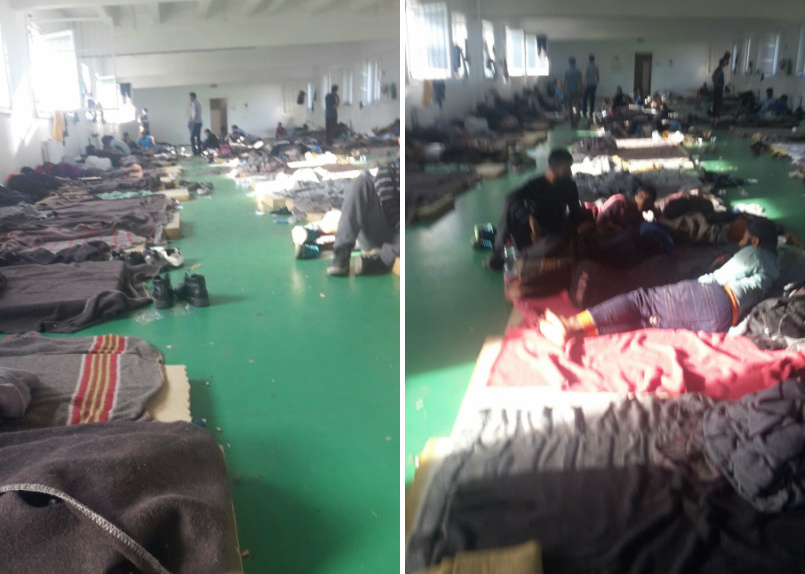 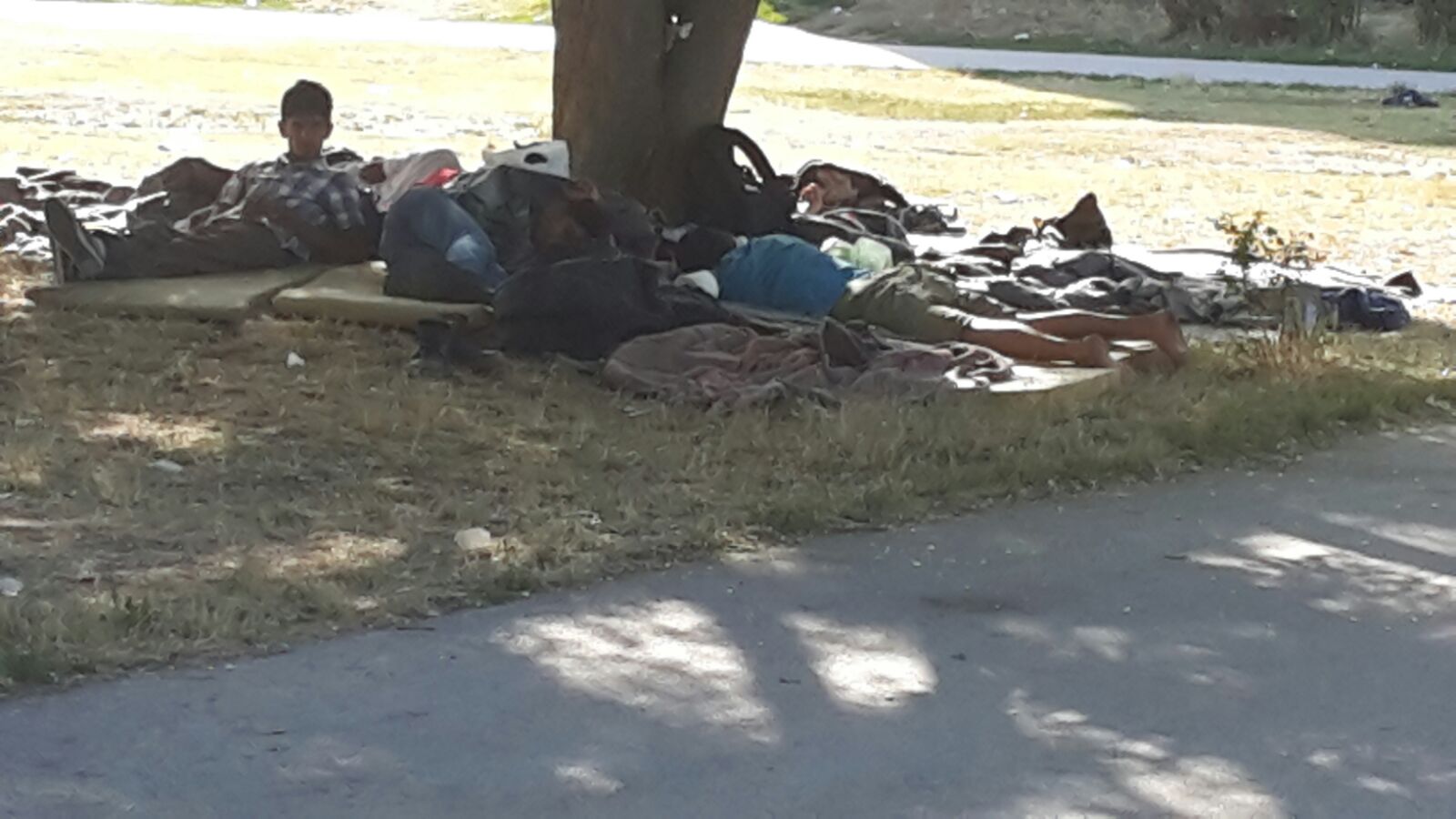 Those staying at Debrecen camp have been accommodated outside due to a lack of bed spaces. 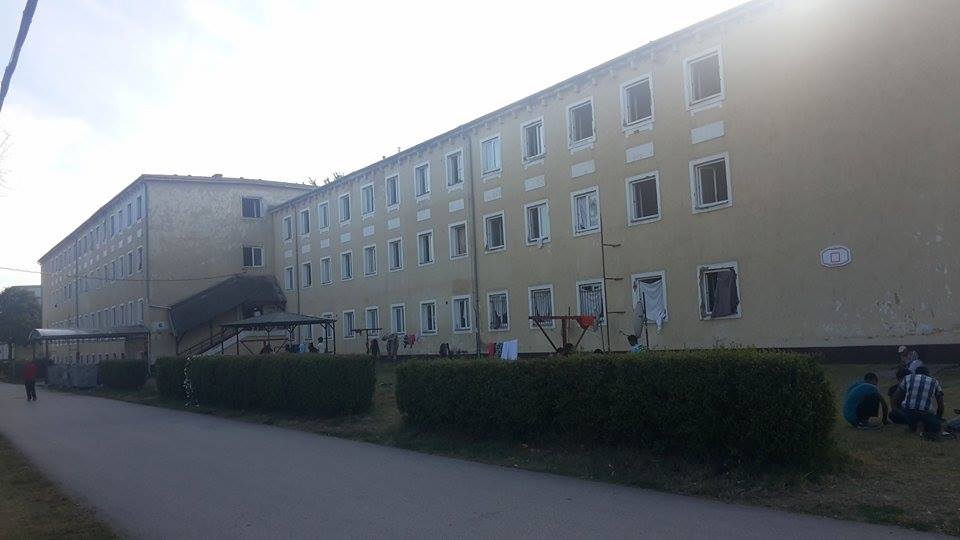 A building of Debrecen refugee camp is seen in this photo taken by an asylum seeker who stayed there in July.