A police watchdog has decided to uphold its ruling to substantiate a complaint that a police officer assaulted a pedestrian during last year’s pro-democracy Occupy protests.

Members of the Independent Police Complaints Council (IPCC) gathered on Wednesday evening for a 1.5 hour meeting to discuss whether to hold another vote on the case of alleged assault by superintendent Chu King-wai.

The council reportedly voted 12:6 in favour of upholding the complaint last week, but police rejected the ruling and asked the IPCC to reconsider the charges against Chu.

Police suggested that Chu should be charged with “unnecessary use of authority”, which is less serious than “assault”. IPCC chairman Larry Kwok Lam-Kwong said that there would be no further changes or meetings regarding the council’s decision.

“We have examined new documents submitted by police, but there is no new evidence or perspective in the documents to support the police’s request that we should reassess the case,” said Kwok.

If police insist on rejecting the ruling, the IPCC will need to submit a report to the chief executive who will make a final decision on the case.

Osman Cheng was filmed being hit by Chu and decided to report the incident to police. He said that he was pleased with the IPCC’s final decision, but he was not optimistic that the chief executive would rule in favour of him.

He said that he would consider private prosecution if police refused to prosecute Chu.

Chan Shu-fai, a spokesperson for activist group Civil Human Rights Front, reportedly said that the group welcomed the IPCC’s decision. “If [Chief Executive Leung Chun-ying] does not make any response and instead downplays the case, he will effectively be covering up the issue of arbitrary arrests,” Chan said. 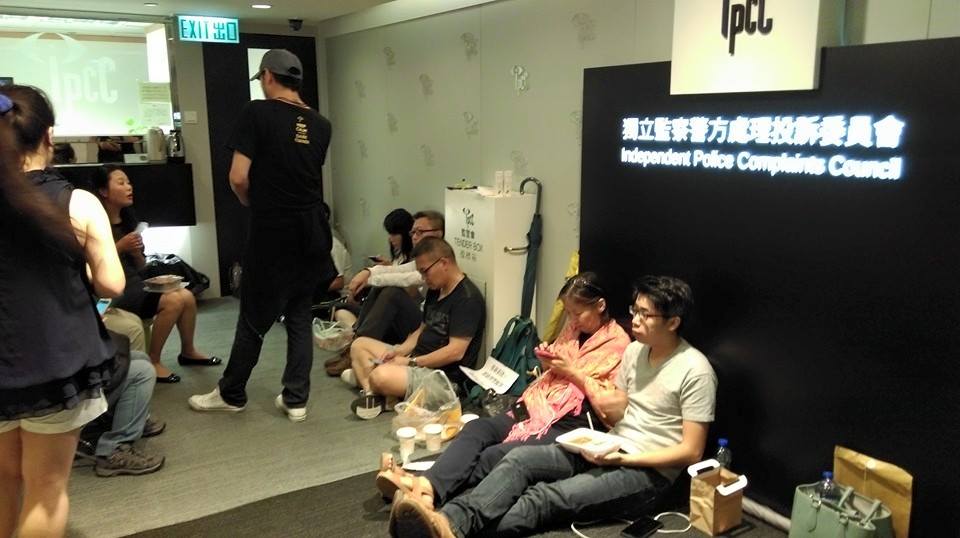 The group led a 100-strong sit-in at the IPCC office on Wednesday evening as the council met to discuss the case.

Chu, who is scheduled to retire on Thursday, was filmed hitting pedestrians in Mong Kok last November at the height of the pro-democracy Occupy demonstrations.

In a testimony obtained by local newspaper Ming Pao, Chu is quoted saying that he “unintentionally touched” pedestrians with his baton, and that he was only using his baton “as an extension of [his] arm to pat” Cheng.

Chu is a commander for the Sha Tin division. He was charged with “inappropriate use of handcuffs” upon journalists during a police operation to remove demonstrators at Chater Garden in 2002, according to local media. Police said that Chu would face disciplinary action at that time.