A group of male foreigners dressed as Spartans were detained by police in Beijing for “affecting public order”.

Crowds flocked to take photographs of the scantily clad men as they stormed the popular Sanlitun Village shopping complex in nothing but capes and skin-tight shorts.

According to the Beijing Youth Daily, some members of the group ignored police warnings to disperse and were subsequently wrestled to the ground and taken away. 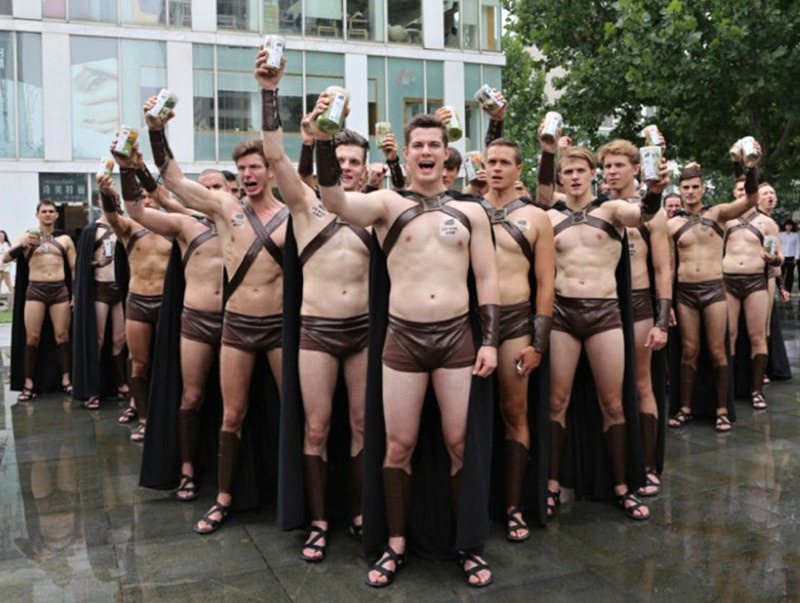 The models were used as a promotional stunt by Beijing take-away joint Salad Sweetie.

They were seen marching near the Guomao Station and Sanlitun holding jars of salad as part of a advertising campaign for the restaurant’s delivery service. 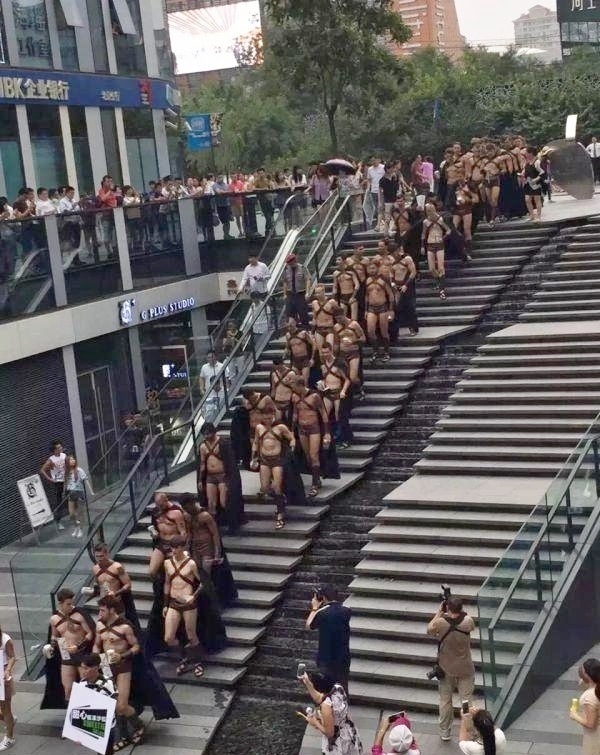 Netizen insights poured in after the sightings went viral. One said: “Either that policeman is gay or he is jealous of their buff physique.” Another asked: “Did the police really need to make such a big deal out of it?” 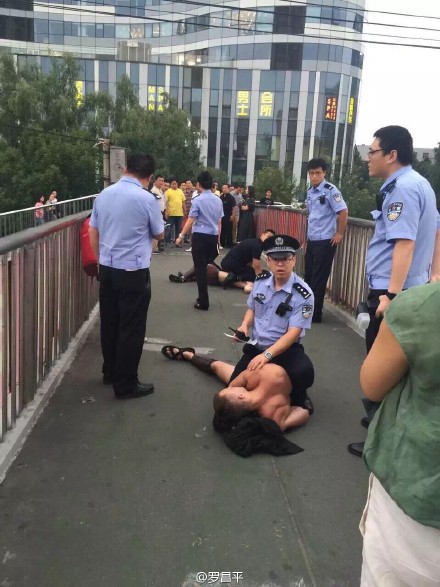 Salad Sweetie opened in April after raising “tens of millions” RMB in a Series A venture capital financing round, according to Sina Tech. The startup only sells its salads online, and then delivers them in transparent containers. 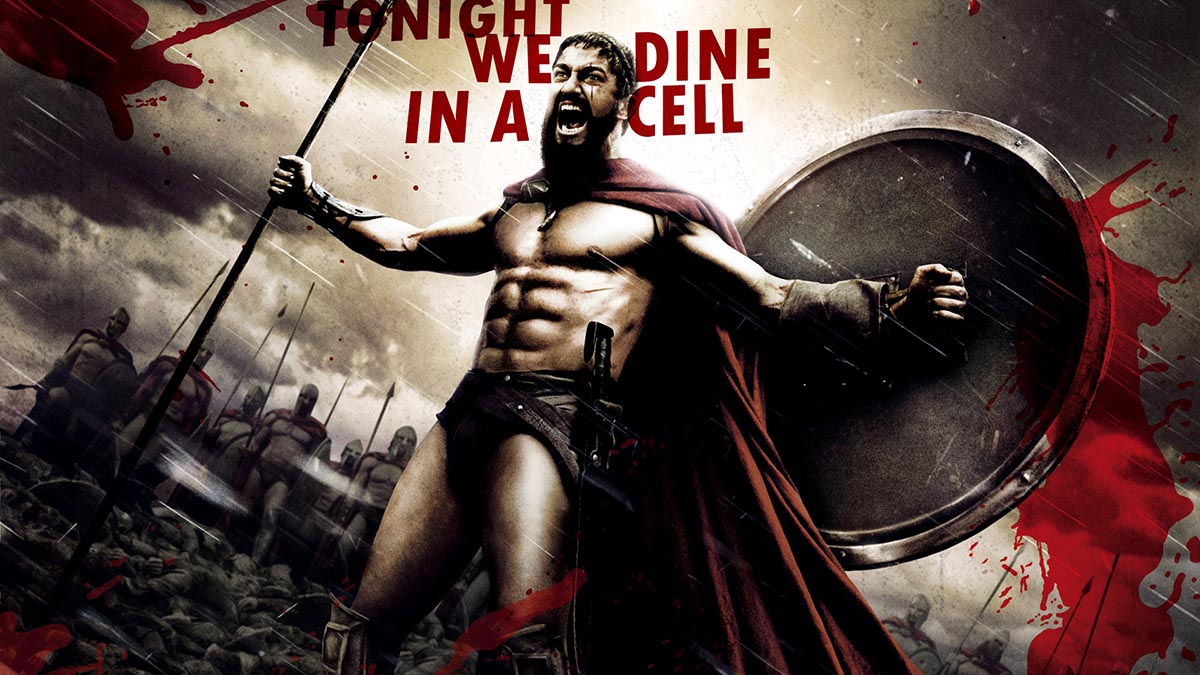 The aftermath, for some of the Spartan models. Photo: HKFP.

Mainland China officials arrested over 60 foreign models in May 2014 for working illegally in the country on tourist visas. According to Fashionista, the Beijing police had set up a fake casting session in order to attract and arrest the models.