Democratic Party district councillor Au Nok-hin has accused three “interns” from the pro-Beijing DAB party of disrupting him while he distributed election leaflets to constituents, closely trailing him and intentionally covering his promotional banners.

Au, district councillor for Lei Tung I constituency in Southern District, was campaigning for the District Council elections to be held on November 22. Au said on Facebook that the “DAB asked three interns” to surround him while he was handing out leaflets on his own. “When I put up a banner, they put two banners up to cover it; when I distributed flyers, they followed me wherever I went,” he said.

According to Au’s Facebook photo, DAB Lei Tung I Branch Office Community Manager Carrie Li Ka-ying’s face was featured on the banners put up by the interns. Au believes that Li was aware of the interns’ behaviour and approved of their tactics, according to Stand News.

Au described the actions as “primitive” and “childish”. He added that some residents refused to take his leaflets because they mistook him for DAB staff. He said that while he spoke up against the three individuals but they would not respond.

Au criticised the pro-Beijing party for apparently instructing its interns to perform such “pointless” acts. He said: “I have worked [as an intern] too, and I always think how one can get the most out of the limited time. Is this the experience you give your interns, DAB?” 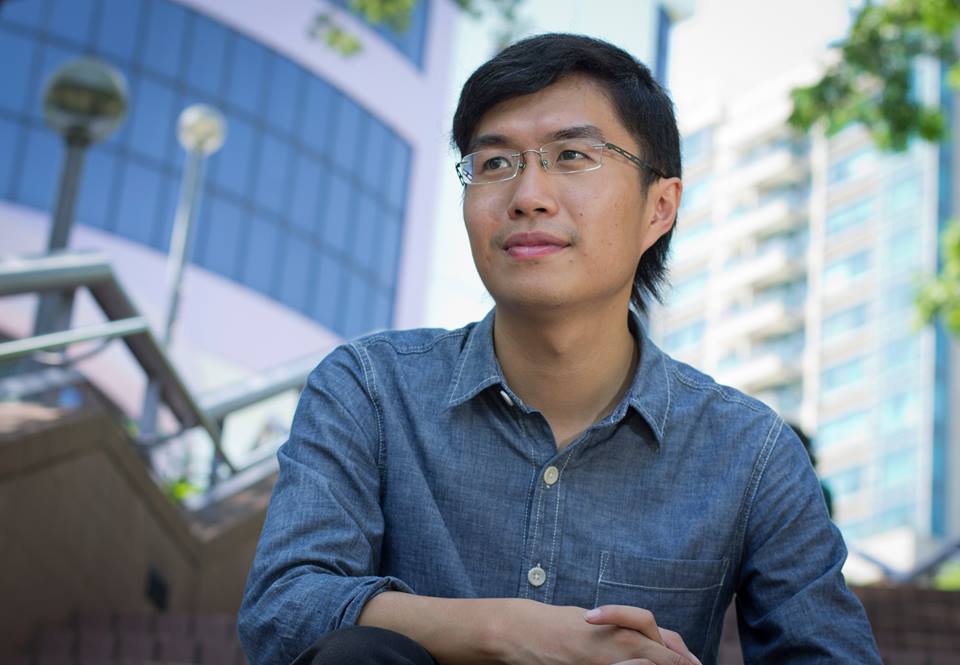 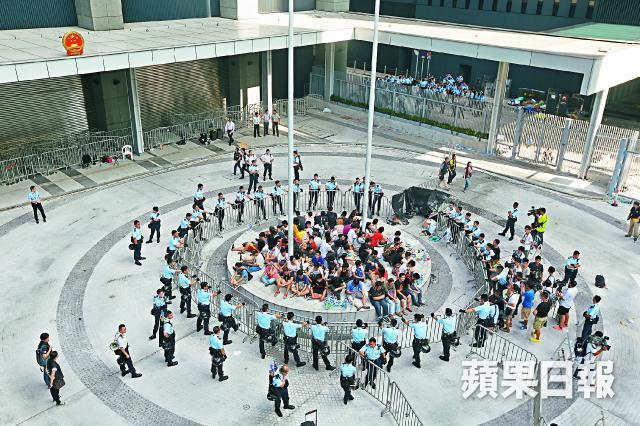 Students who stormed into the Civic Square on September 26, 2014. Photo: Apple Daily.

Au was part of the group that broke into Civic Square outside government headquarters in Admiralty last year, a public space sealed off by the government for months before the pro-democracy Umbrella Movement.

District Council elections will be held in 18 Hong Kong districts this November. This year, all appointed District Council seats will be abolished, as proposed by the Democratic Party in 2010.