Members of Hong Kong’s biggest teaching union held an overnight sit-in outside the Central Government Offices, demanding a meeting with the education secretary over the contract teachers system.

The move came after an unemployed secondary school teacher, Chan Lik-tan, was found dead in his flat in Tseung Kwan O last week; he was aged 33. No note was left, but family members suggested that his failure to secure a permanent teaching post was a contributing factor. Around 30 members of the public and members of the Hong Kong Professional Teachers’ Union (HKPTU) waited outside the Central Government Offices in Admiralty at 8pm last night, where they pledged to wait for Education Secretary Eddie Ng as he goes to work.

Lawmaker Ip Kin-yuen told journalists last night that teacher contracts were often short and a dearth of permanent teaching spots had left many teachers in non-permanent or temporary teaching positions. Ip, who also represents the education sector in the Legislative Council, added that the short-term nature of these posts meant that contract teachers were often prone to anxiety and it was harder for them to develop their teaching careers.

Local media reported that Chan graduated from the University of Hong Kong’s Physics Department in 2009. He began as a contract teacher after graduation and was applying to become a permanent teacher.

According to Apple Daily, Chan taught in four different secondary schools in four years, and pursued three masters degrees at three different universities. The paper reported that Chan was enrolled on masters courses in IT and Mathematics at the University of Hong Kong, the Hong Kong University of Science and Technology and the Chinese University of Hong Kong. However, fierce competition for permanent teaching posts meant Chan had been unemployed since 2013.

Apple Daily reported that Chan was found by his mother in his flat on Friday July 17 unconscious on a chair. 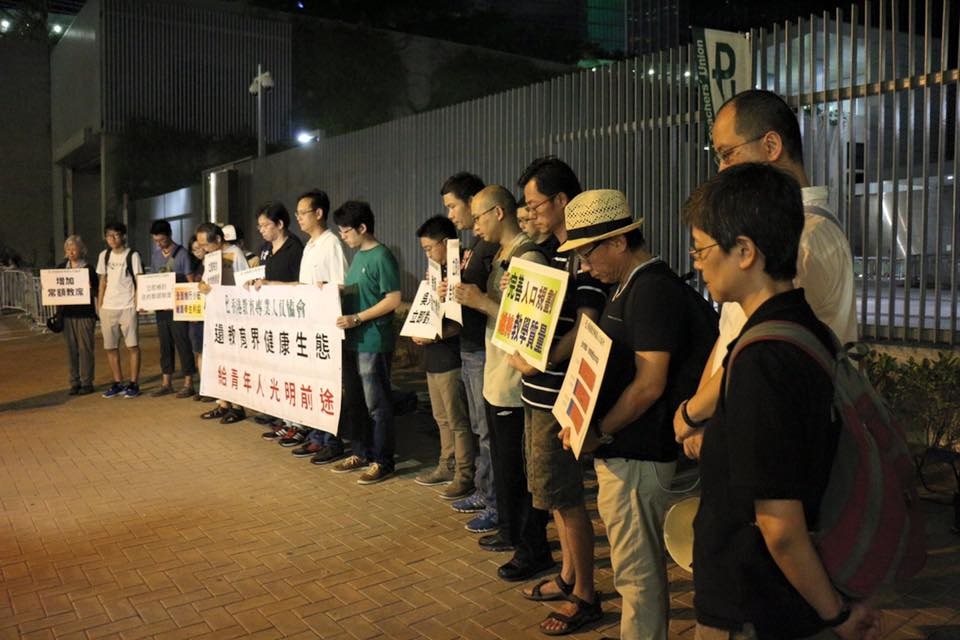 According to the HKPTU, the government’s education reforms have put a lot of pressure on teachers’ workloads and the government has become reluctant to increase spending on helping teachers and schools. The union said that as a result of this, schools have been employing an increasing number of teachers on one-off or short-term contracts.

The union also added that the declining student population has led to a decrease in the number of teaching posts, making the competition for permanent spots intense and forcing many to accept contract positions.

According to Stand News, a spokesperson from the Education Bureau said the education secretary would review the teaching contract system, adding that department officials have been working with schools councils across the city. The department also expressed its condolences to Chan’s family for their loss and added that it placed a lot of importance on providing a stable working environment for teachers.

Earlier this month, HKPTU warned that more than 2,500 secondary school teachers could be laid off in coming years because of the declining number of students, and that the average age of secondary school teachers was rising because it was now very difficult for fresh graduates to find entry-level work in the education sector. A survey conducted by the union also found that 63 percent of teachers and teaching assistants on contracts were people aged 25 to 34.

He also confirmed that Education Secretary Eddie Ng did not appear today, telling HKFP: “This is very disappointing as he chose to disappear when teachers demand for his commitment to evaluate the contract teachers system.”

“We demand the government to evaluate [the] contract teachers system now and increase the number of permanent teacher positions to give job security to teachers, especially young teachers, to enhance the quality of education [in Hong Kong].”