As a controversial photobook of a six-year-old girl prompts debate at this year’s Hong Kong Book Fair, the album’s photographer has said he doesn’t find the shots “disturbing.”

Celine Yeung Hoi-ying is seen with her legs open and white underpants clearly visible in the photobook, entitled “Childhood Times”. A selection from the disputed photo book.

Ronald Lam, the book’s photographer, did not view the album as problematic. He said on a Commercial Radio interview on Friday: “I don’t think it’s disturbing to look at photos of a young child – she isn’t showing her [private] organs.”

He added: “One shouldn’t be constrained by excessively ethical boundaries during their creative process.” The photographer, whose previous works include pseudo model Chrissie Chau’s photo book, said that it was difficult to draw the line on nudity. He said one “would not view fully nude” baby photos as contentious. 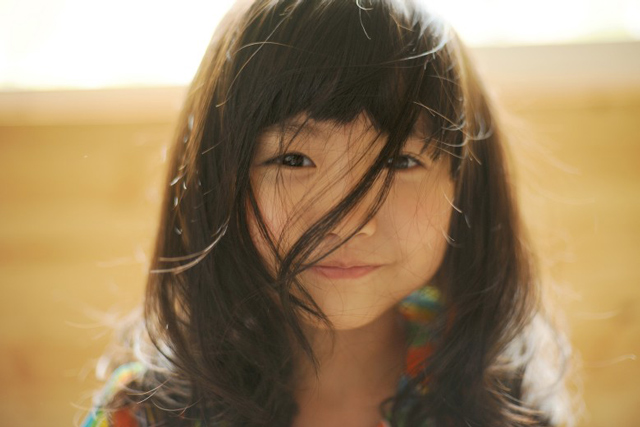 However, the celebrated headmaster of Fresh Fish Traders’ School Leung kee-cheong criticised the photobook for its inappropriate content. He said during a Commercial Radio interview: “There are so many angles to choose from. Why would you intentionally take shots of her thighs and her bottom?”

Jessica Ho Oi-chu of local child protection agency Against Child Abuse said the photographs made her feel uneasy. Ho said too much discussion within society would be detrimental for the child and added that the government should “act quickly” to review the photographs. 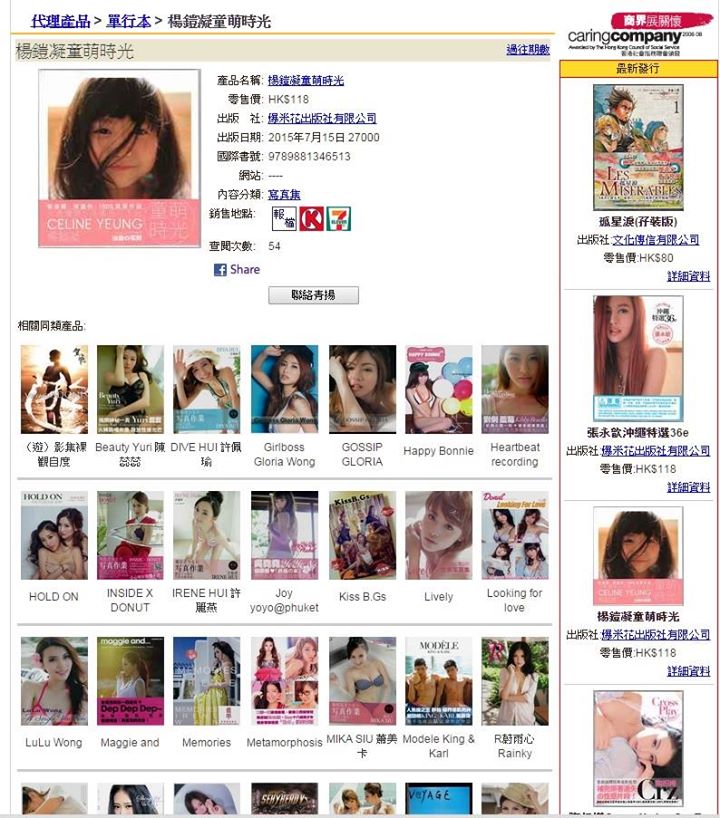 In an online statement released on Wednesday, Yeung’s mother said the book was published as a memoir of her family’s trip to Korea and to share her “child’s joy to each and everyone.” While she was present during the photoshoots, she said that she was “not involved with selecting the photos.”

In response to criticism of its publication, the girl’s mother has vowed to remove the disputed photos in upcoming reprints.

A user on Facebook criticised Yeung’s mother, saying: “Why would a mother allow her daughter to take these photos and let pedophiles act on their urges?” Another said: “If the photo book is just a memoir, why did you publish it?” 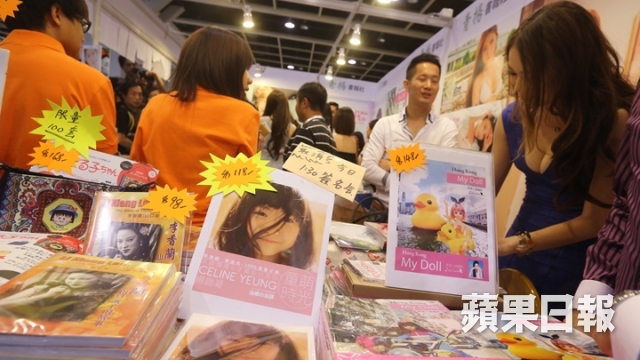 The photo book was still available at the book fair as of Friday with a price tag of HK$118, according to Apple Daily. While a large poster of Yeung was still found at the stall, an autograph session scheduled for the afternoon was cancelled. The book’s distributor Great Expect Development Limited refused to reveal sales figures.

Yeung rose to fame after she appeared in TV advertisements for McDonald’s and Hello Kitty, filmed when she was only 3 years old. She recently appeared on the TVB series Every Step You Take.

HKFP has chosen not to publish the more controversial images from the book.

Update (16:43): The photobook has now been taken down from the Hong Kong Book Fair, according to Apple Daily.