An investigation into overcrowded hospitals has reignited fears over Hong Kong’s ability to cope with a potential MERS outbreak.

An exclusive report by local broadcaster Now TV revealed that some hospitals in Hong Kong are still overcrowded and some beds have even been placed in hospital corridors, a clear breach of World Health Organisation guidelines on spacing between hospital beds. In the Now TV report, journalists covertly filmed seven hospitals across the territory over three weeks, and found that very little had been done by Hong Kong’s hospitals to prepare for an epidemic.

According to guidelines published by the WHO, beds in open space hospital wards need to be at least one metre apart in order to prevent the spread of diseases through coughing or sneezing. The Now TV report found that a lot of beds were being packed into hospital rooms, and the space between beds was often less than a metre.

Some hospitals increased the number of beds in their wards by placing some near the entrance, with one half of the bed sticking out into the hallway. Others even placed beds along the hospital corridors. 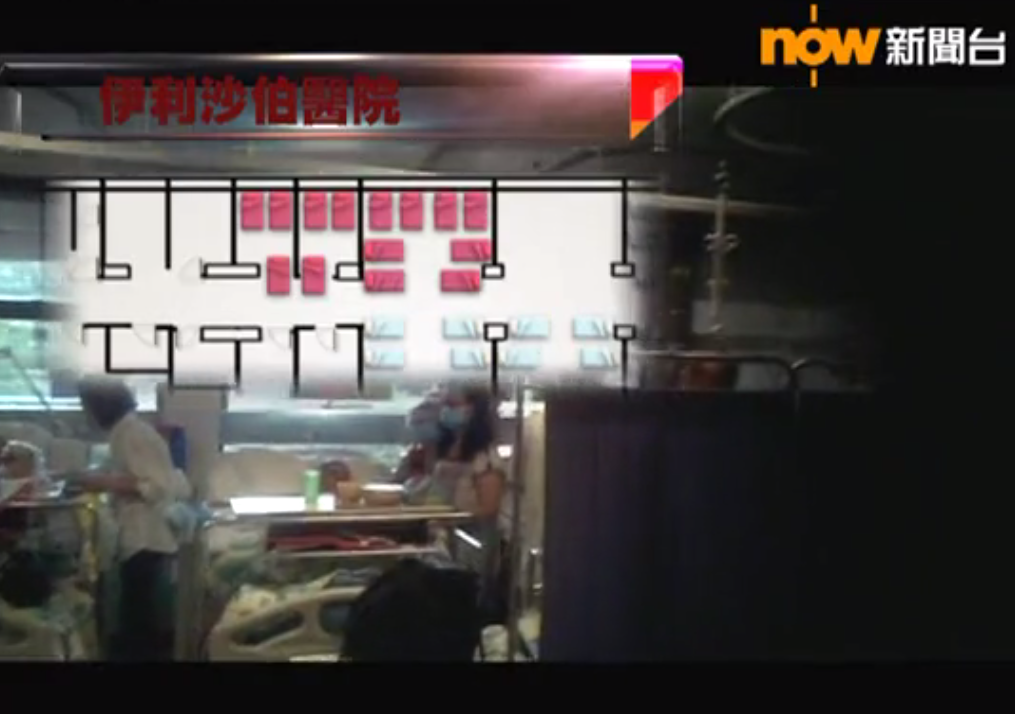 Queen Elizabeth Hospital have added extra beds in both their two-person and four-person wards by placing them near the entrance. Photo: Now TV.

The report found that in some instances there was barely enough space between the beds for people to stand in, some beds were separated only by a hospital curtain, and in one hospital the staff did not wear surgical masks.

According to figures from the Hospital Authority cited in the Now TV report, the average occupancy rate of an internal ward in seven of the territory’s top hospitals from July 1 to July 7 exceeded 100 percent. 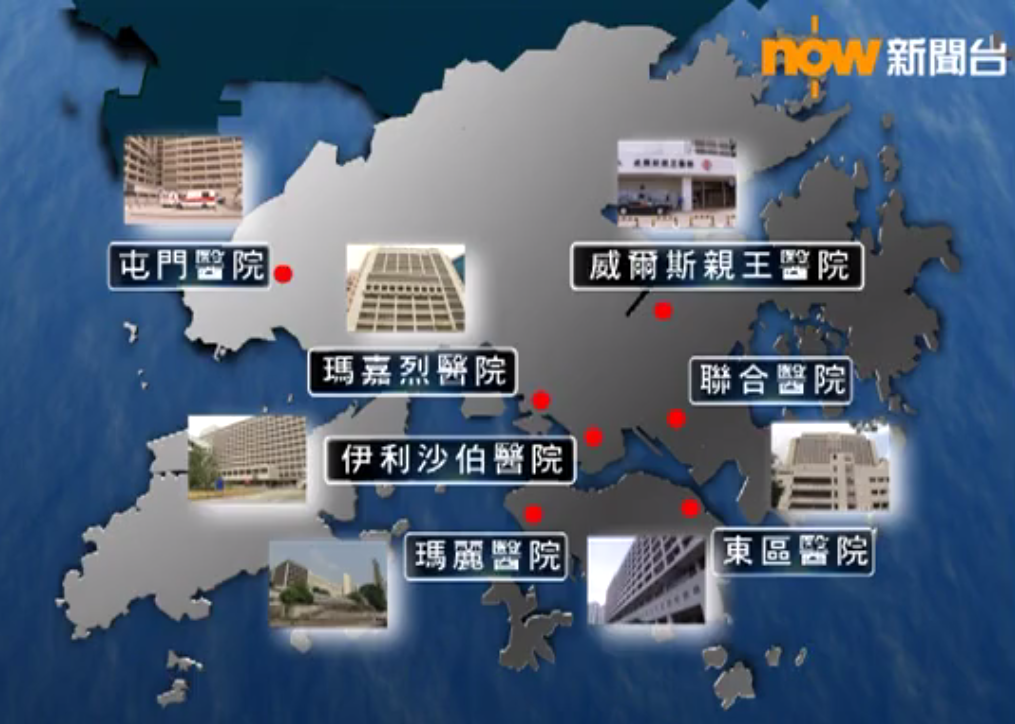 The news also comes amid heightened fears that the Middle East Respiratory Syndrome (MERS) could become more widespread in Hong Kong after the virus spread in South Korea, causing much of the country to grind to a halt.

The most recent announcement by the Centre for Health Protection and Department of Health said there were no new suspected cases of MERS in Hong Kong, but encouraged the public to “avoid unnecessary travel to Korea”.

Concerns about overcrowding in hospitals were originally raised in 2003 during the SARS outbreak when a SARS expert committee criticised the government and Health Authority for not doing enough to address the issue of overcrowding in Hong Kong’s hospitals.

The 2003 SARs outbreak caused widespread fear and diruption in Hong Kong. More than 1,700 people contracted the virus during the outbreak and 299 of them died.