Satellite images from NASA have revealed the rapid growth of solar energy farms in China. 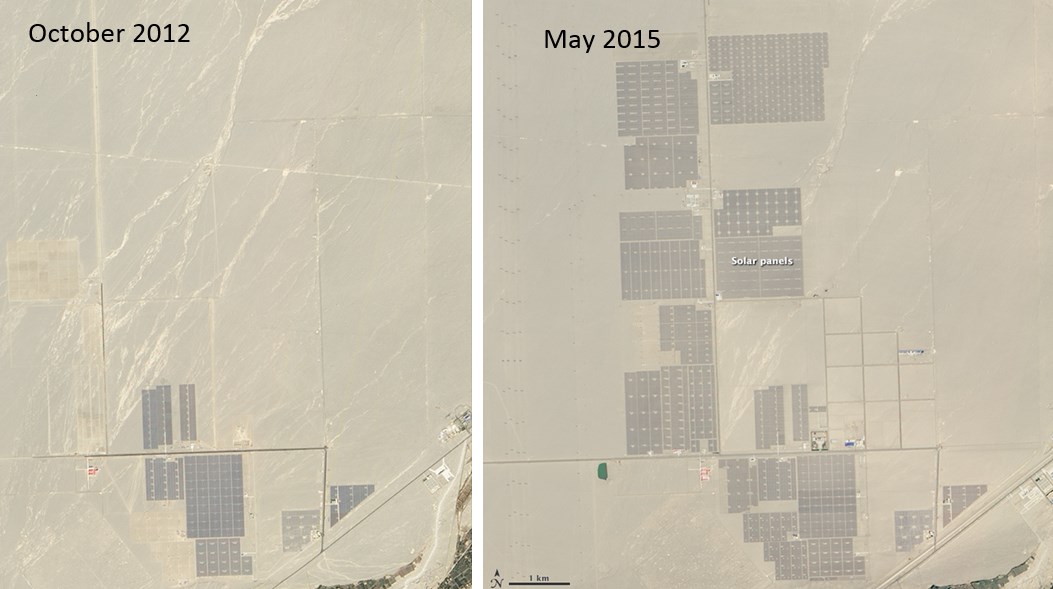 A solar power plant deep in the Gobi Desert has tripled in size in just three years. The farm, on the outskirts of Dunhuang in northwestern China’s Gansu Province, produced 5.2 gigawatts last year, according state media.

The energy capacity of the country’s whole solar energy programme now totals 33 gigawatts, and it is continuing to grow. A new report from GTM Research suggests that, in 2015, China will be home to a quarter of the world’s new energy capacity from solar panels.

China is the world’s largest emitter of greenhouse gases though it has committed to sourcing 20 per cent of its energy needs from renewable sources by 2030. It is also the largest producer and market for solar panels.