Water supplies at several Hong Kong housing estates are suspected to contain dangerous amounts of lead. One case has been confirmed, but how serious is the contamination?

The lead contamination was revealed on July 5 by the Democratic Party when they conducted a water sampling investigation in Kai Ching Estate, a public housing complex. On Saturday, the Housing Authority confirmed the level of lead present exceeded the World Health Organisation standard.

In a batch of 30 samples, four samples were above the standard. The highest level recorded went beyond the standard level by 1.3 times.

According to the World Health Organisation’s guidelines, the standard for lead in drinking water is 10 micrograms per litre. The lead content in the four water samples collected recorded 11, 14, 17 and 23 micrograms respectively. The government has not announced the location within the estate where the four samples were taken. 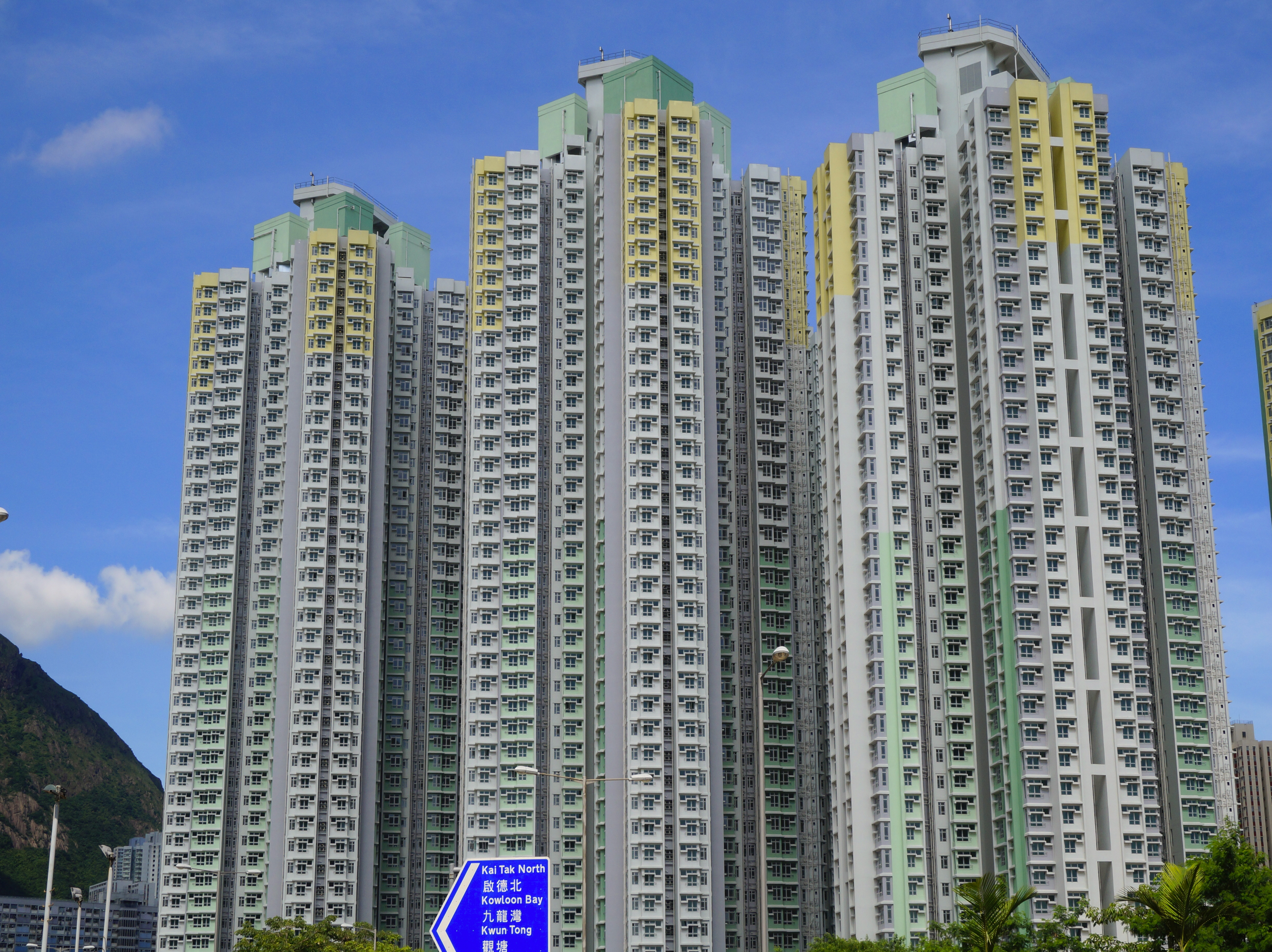 The Housing Authority has previously tested two batches of 33 samples and 16 samples, all of which were found to meet the WHO standard. There are currently 5,200 households and 12,300 residents in the two-year-old public estate.

On Monday, Anthony Cheung Bing-leung, Secretary for Transport and Housing, said that of the 115 samples taken, seven contained lead concentration that exceeded the standard level.

Assistant Director of the Water Supplies Department, Leung Chung-lap, said on Monday that the water samples taken by the department mainly came from three locations: taps within apartments, water-tanks at the roof and water-tanks underground. All of the seven samples from Kai Ching Estate that had lead concentration above advised levels were taken from taps within apartments.

According to the WHO, lead is a toxic metal that could cause extensive health problems. Children are particularly vulnerable to its poisonous effects as they take in five times as much lead as adults, and “even relatively low levels of exposure” could cause “serious and irreversible” damage.

Plumber lashes out after being named by the government publicly.

According to the Water Supplies Department, the lead contamination was caused by illegal soldering used in connecting the water pipes. The department is currently consulting legal advisors and may consider pursuing legal action.

On Saturday, Director of Water Supplies Enoch Lam Tin-sing said that the plumbing of the estate was contracted to Ho Biu Kei Construction & Engineering Company, and that the entire project was overseen by the company’s director Lam Tak-shum.

Concerns were also raised at four other estates – Lung Yat Estate in Tuen Mun, Cheung Sha Wan Estate in Sham Shui Po, Shui Chuen O Estate in Sha Tin, and Kwai Luen Estate in Kwai Chung – as Lam was charged with installing the pipes. The four estates house around 42,500 combined. Lam was found to be responsible for a Chinese University dormitory as well as the Kowloon City Government Offices. 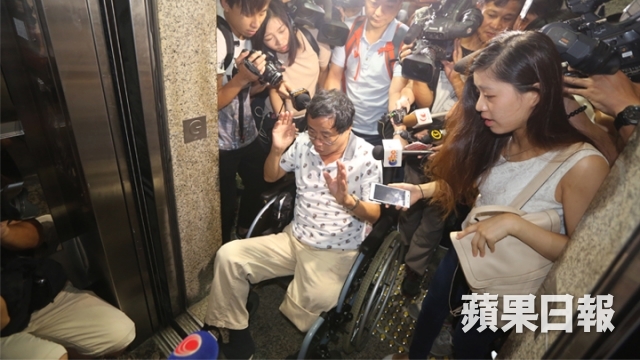 In an interview with Oriental Daily, Lam rejected the accusation, claiming that the government has not thoroughly checked other parts of the public housing projects, namely the presence of prefabricated materials used in construction. He said that the construction materials his company used were approved by the authorities. He also said that he was only responsible for plumbing from outside into the building and not the pipes inside the building to each apartment.

Following a meeting with the water works industry, industry representative Cheng Wai-cheung questioned whether there was a lack of oversight by the government. He said that there are strict specifications within the contract regarding plumbing materials, and that the Water Supplies Department is responsible for testing drinking water quality. Cheng added that Lam is well known within the industry and he has never heard of any issues with Lam’s projects.

According to Apple Daily, China State Construction Engineering has a total of HK$30.8 billion worth of unfinished contracts in Hong Kong.

However, the government has rejected these claims. Housing Authority Chief Stanley Ying Yiu-hong said the government does conduct quality checks on prefabricated parts. He said that no prefabricated pipes were used in the two apartments confirmed to contain soldering material with lead content. Ying added that Kai Ching Estate is a pilot area for using prefabricated parts for the construction of taps and the method has not been implemented in other estates.

It was earlier revealed that pro-Beijing legislator Ann Chiang Lai-wan’s husband is a shareholder and non-executive director of the construction company. 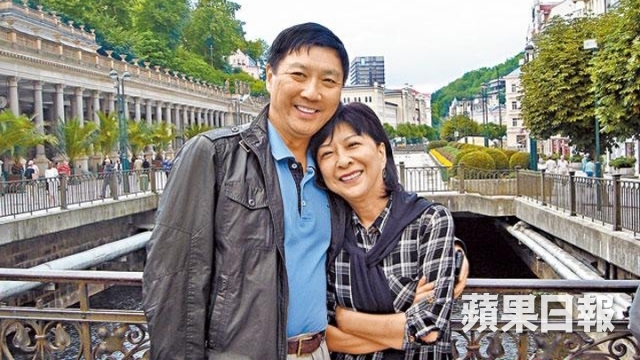 Transport Secretary Anthony Cheung has denied allegations that the government are letting the contractor off the hook because they are a mainland Chinese contractor. In a joint press conference on Saturday, officials from the Housing Authority refused to name the contractor in question, citing “pronunciation/spelling difficulties”. The contractor name was later released by the government.

Residents of Kai Ching Estate also found that Chinese-made tap installations had more zinc in its composition than stated in regulations.

Dr. Regina Ching Cheuk-tuen, head of the Centre for Health Protection’s Surveillance & Epidemiology Branch, said that a 72-year-old man living in Mun Ching House of Kai Ching Estate was diagnosed with Legionnaires’ disease on May 28. Ching said that her colleagues collected water samples at the elderly man’s residence after he recovered.

In July, the CHP found two other water supplies from the building tested positive for the disease, in addition to the man’s own apartment. 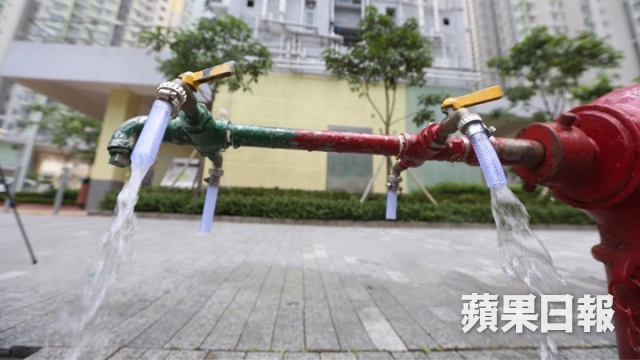 Ching said that there were an average of 17 to 41 cases of Legionnaires’ disease yearly between 2010 and 2014. However, there have already been 25 cases of the disease this year alone.

Legionnaires’ disease is usually detectable in warm water with a temperature between 25 and 40 degrees celsius, such as hot tubs and large plumbing systems. While the disease cannot be spread through direct human contact, people can catch the disease when they breathe in vapour containing the bacteria.

How is the government handling the incident?

On Monday, Anthony Cheung said that the government may replace the pipes in Kai Ching Estate. The government will contact the contractor this week.

Secretary for Development Paul Chan Mo-po has said that a special committee, headed by the deputy director of the Water Supplies Department, has been established. Members include officials from the Housing Authority, the Health and Hygiene Department, and other experts. 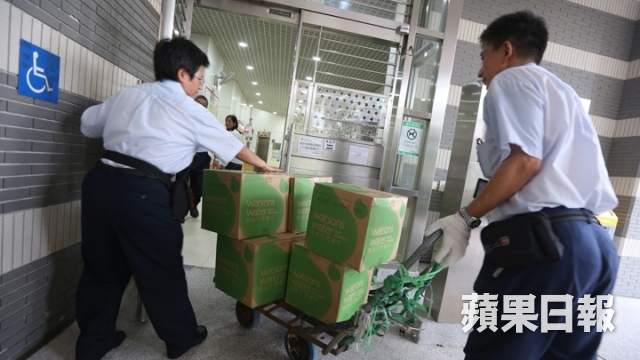 The Centre for Health Protection has arranged free blood sampling sessions for Kai Ching residents. A full scale disinfection of Kai Ching Estate due to the presence of Legionnaires’ disease will also be arranged.

Officials will be taking water samples at six other buildings completed by the plumbing contractor headed by Lam Tak-shun to ascertain whether there is lead contamination at other locations.