A ‘ghost bike’ chained to the railings of an empty bike park in Lamma Island has drawn attention to what residents have called “an elephant project” and a waste of taxpayers’ money.

The white bike – complete with floral wreath – was attached to one of the railings at the cycle parking area near the Yung Shue Wan pier on Lamma Island. The cycle park itself has angered residents because it has been closed since it was completed in June, and some residents have claimed it is because no government department has taken control of its upkeep.

A photo of the bike was posted on the Lamma Island Residents and Ex-Residents Facebook group by one of its members on Sunday July 5 with the caption: “This is a ghost bike in memory of the tens of millions of HK$ that was tragically wasted in the construction of a s**** elephant project. We could have had a doctor, public swimming pool, clinic, power station beach pipe clean up. But oh no we get an unusable s**** bike park…” The ‘ghost’ bike chained to the railings of the empty bike park. Photo: Marcus H. Langston.

Scores of angry residents posted comments on one of the island’s most popular Facebook pages, bemoaning the project. One person asked “how are the bikes meant to be ‘parked’?”, drawing attention to how small the individual parking spaces actually are. Another said the money could have been used to upgrade the island’s clinic.

In the last few days residents have decided to take matters into their own hands, despite the risk of losing their trusty two-wheelers. The original ‘protest bike’ was soon joined by two others, with some residents calling for the barriers placed outside the bike park to “disappear” during the night. 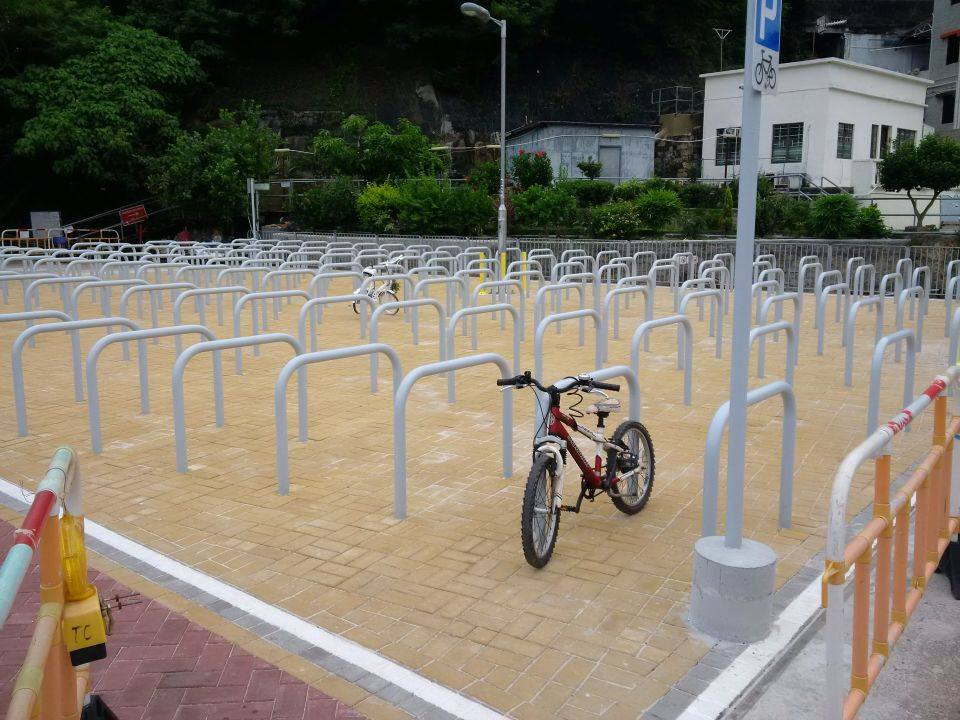 Residents say the project was spearheaded by Lamma Island District Councillor Lai-fan Yu, who they claim has been calling for the proposed bike park for at least a decade.

The government announced plans for the park at the beginning of 2012 to meet public demand and to curb “illegal” parking on the Yung Shue Wan pier. More than 400 bikes are regularly parked at the pier.

The Lamma Cycle Parking Area was approved by the government on March 15, 2013 despite objections raised by residents during the public consultation phase.

Officials have not confirmed the actual cost of the project, however residents claim the platform – designed to store 300 bikes – cost between HK$18 million to HK$20 million to build. This would mean each bike space is worth HK$50,000 to HK$60,000. 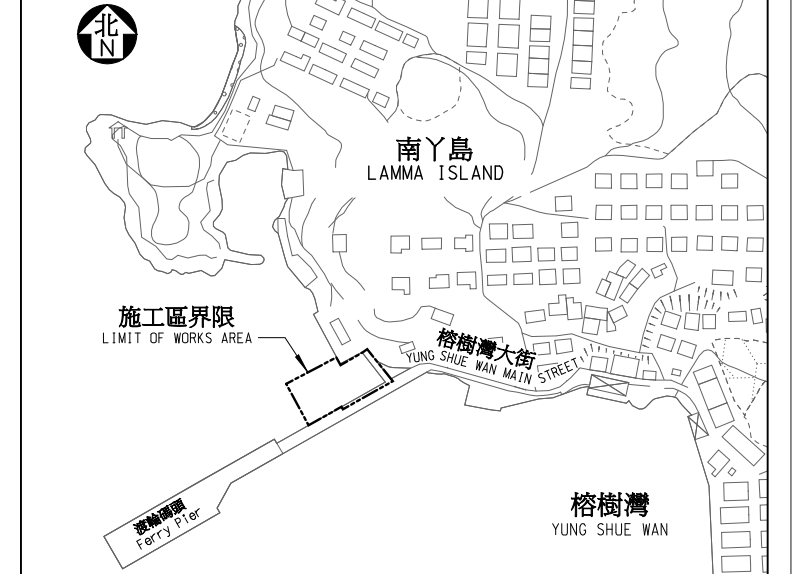 Alan Sargent, a Lamma resident and a vocal critic of the project acknowledged that there was demand for a bike park on Lamma Island but disapproved of how the authorities handled the process. He explained to HKFP that although residents often park their bike on the pier, the space is not technically a “legal” bike park.

“It’s illegal because by definition it’s not legal, because it’s a pier, and there is no single legal place you can park your bike on Lamma… and this would have actually been the first one,” explained Sargent.

“What I advocated a long time ago would be to legalise the parking on the pier, just define it as a legal parking area, because obviously it’s the most convenient place and there’s plenty of room there.”

Sargent pointed out that the pier itself was 6 metres wide, three times the width of the main street on Lamma Island. He suggested converting the sides of the pier into a legal parking space, which would have been cheaper and faster than building the cycle platform.

Update (July 20): The Islands District Office responded to HKFP’s request for information regarding the cost of the bike park. A spokesperson confirmed the awarded contract sum for the bike park was HK$24.8 million. The spokesperson said that the bike park is now managed by the Transport Department and was opened on July 17, adding that “relevant departments will monitor the situation of cycle parking in the area.”