Two married men crashed their luxury cars in the middle of a busy intersection after the pair got involved in a fight over a shared mistress, according to Wenzhou Evening News.

The two men, Lin and Shu, both unknowingly shared the same lover, named Liu, until July 4 when they staged their own demolition derby in the early hours of the morning. 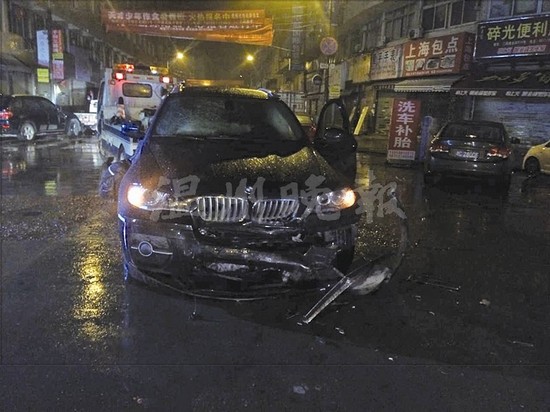 The BMW that was involved with the incident. Photo: Wenzhou Evening News.

According to the Wenzhou Evening News, the “bumper car” war happened in Rui’an, a county within the city of Wenzhou in China’s Zhejiang province after a friend of Liu’s apparently gave a tip-off to Lin, the Mercedes Benz owner. 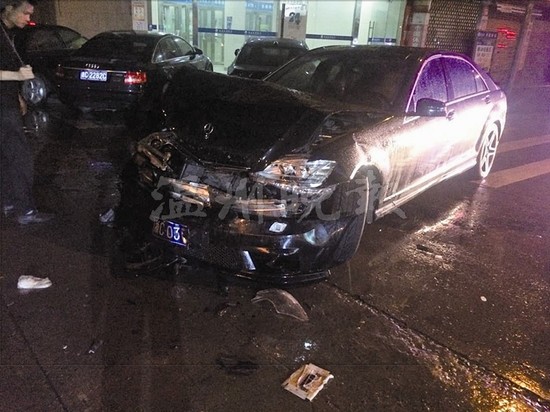 The Mercedes-Benz that was caught in the crossfire. Photo: Wenzhou Evening News.

The BMW and Mercedes Benz deliberately crashed into each other four times. Insurance companies have estimated that the damage could total up to three to four hundred thousand RMB.