A teenage blogger who criticised Singapore’s first prime minister Lee Kwan Yew has been sentenced to four weeks in prison for uploading an obscene picture and upsetting Christians. The sentence was backdated to his day of arrest so he was immediately released.

The news comes after 16-year-old Amos Yee was admitted to hospital late last night due to low blood sugar levels, before being released back to the Institute of Mental Health a few hours later. 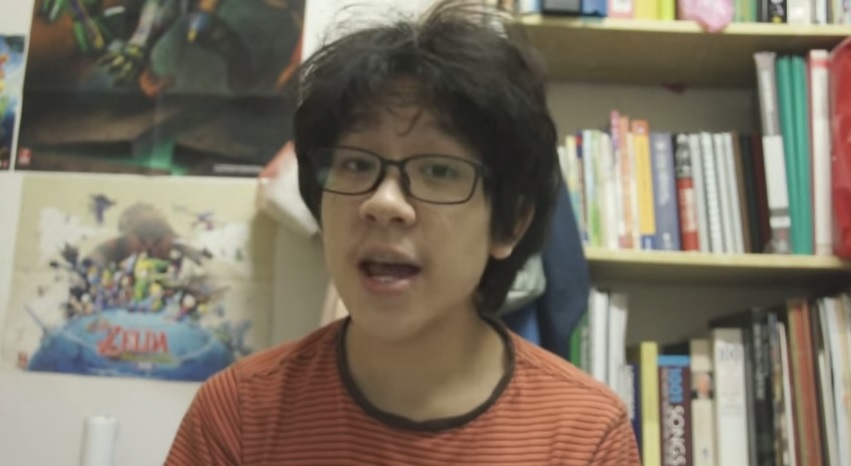 According to Channel News Asia, Yee’s lawyer Alfred Dodwell confirmed reports that the blogger was in hospital on Sunday evening. Dodwell said Yee had “not been eating well, perhaps loss of appetite or no appetite, understandably so and hence his blood sugar went down.”

Speaking after the sentencing, Dodwell confirmed Yee intends to appeal against the convictions and the sentence and that the teen also agreed to go for counselling. A doctor at the IMH who assessed Yee also said the teenager did not have a mental disorder.

Dodwell said: “The journey here has been long and arduous, ridden with lots of obstacles and hurdles. We have somehow gotten here.

“Let’s not run away with the idea that just because he’s remorseful and stuff, that is in relation to the social context. Whether this was a crime or not, still remains a question we want to determine in High Court,”

Local media also reported that prosecution lawyers asked for Yee to serve one day in jail as Yee went from being un-remorseful to remorseful. Ming Pao reported that the prosecution had with them an agreement signed by Yee promising not to spread or repost on social media the “offending posts” that lead to his subsequent detention.

Despite his detention, Yee continued to post updates on social media. In his last Facebook post, published on Thursday June 2, he said: “I know that my views can influence people, I know that my voice is powerful, and I should never be afraid of using it, especially when the primary aversion to my voice is formed by an unjust and corrupt Government.

“But really my fellow viewers, you have a voice too, you always had a voice, and I urge everyone to never doubt the power of what a voice of just a single individual can hold.” 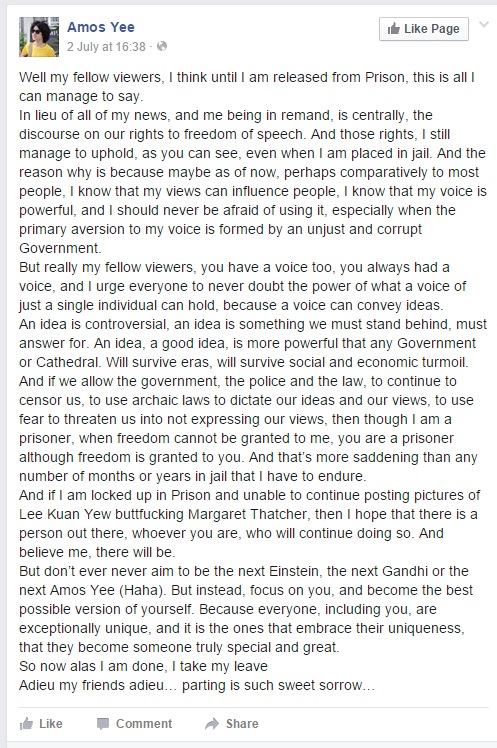 Last month, a judge remanded Yee for two weeks to the IMH in order to undergo a mental health assessment. In today’s hearing the court sentenced Yee for posting an obscene image online and posting content intended to hurt the religious feelings of Christians.

The news comes following a week of protests in parts of south east Asia including Hong Kong, where students and student organisations across the city protested at Yee’s plight inside Admiralty station near the Singaporean general consulate. The protesters delivered a letter and a petition addressed to Singapore’s current Prime Minister – and Lee Kwan Yew’s son – Lee Hsien Loong calling for Yee’s release.

#AmosYee "not been eating well, perhaps loss of appetite or no appetite, understandably so and hence his blood sugar went down," says lawyer

A similar protest took place outside the consulate on Sunday, where around 50 people from different civic and political groups also demanded Yee’s immediate release.

In Singapore, 300 to 500 people attended a rally organised by Community Action Network held in Hong Lim Park on Sunday calling for his release.

A change.org petition set up by the group two months ago calling on the authorities to drop charges against Yee has accumulated more than 6,500 signatures. 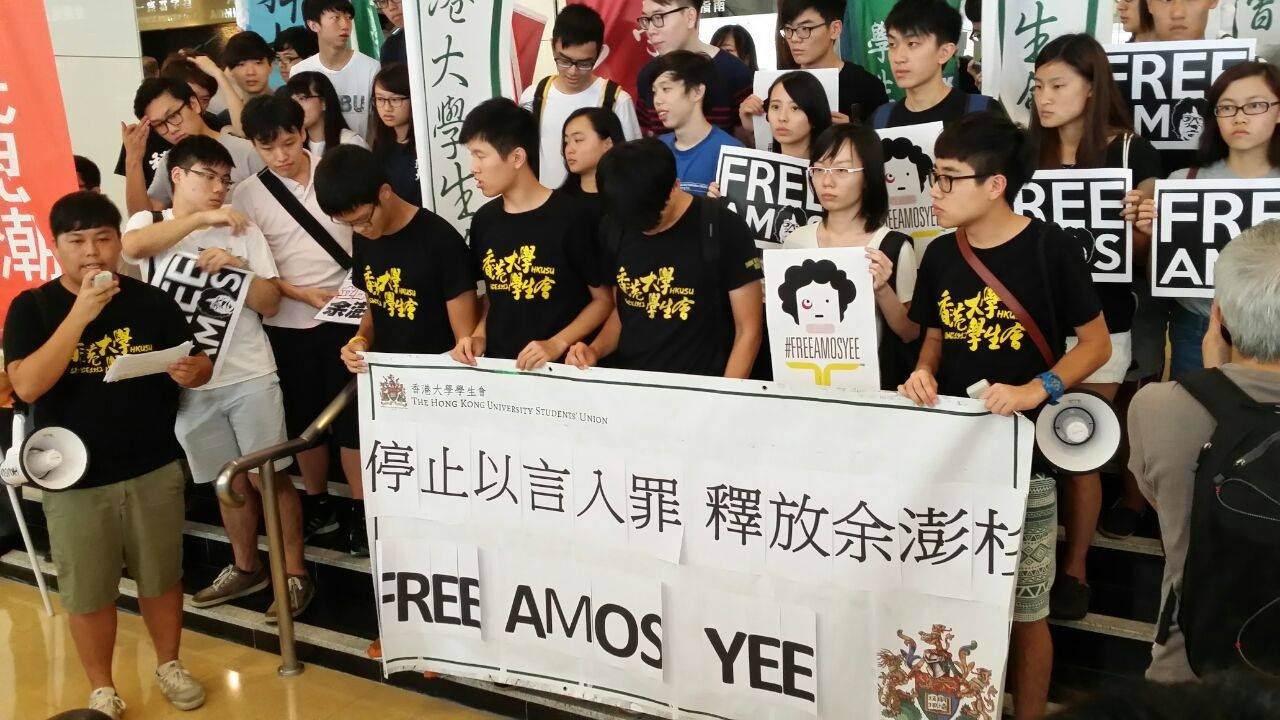 Students from the University of Hong Kong at Admiralty station protesting at the detention of 16-year-old Amos Yee, a Singaporean blogger who was convicted after posting a video online criticising the country’s former prime minister Lee Kwan-Yew. Photo: Campus TV (via Facebook).

Yee was convicted of two charges on May 12: one of wounding religious feelings of Christians, the other of uploading an obscene image with the faces of Lee and former British prime minister Margaret Thatcher attached to it. A third charge for his statements on Lee Kwan Yew in a Youtube video were withdrawn. After refusing to see his assigned probation officer, Yee was remanded to prison on June 2.

On Tuesday 23 June the court heard Yee may be suffering from autism spectrum disorder. However, his father Alphonsus Yee said the teenager was never assessed for mental illness, according to The Straits Times.

The judge remanded Yee for two weeks to the Institute of Mental Health for assessment of his mental health.

Yee’s detention was also condemned by the United Nations Human Rights Office for Southeast Asia who called for Yee’s immediate release. The statement said the Singaporean authorities’ treatment of the 16-year-old was “disproportionate and inappropriate in terms of the international protections for freedom of expression and opinion”.