A few weeks ago, Beijing-friendly columnist Chris Wat Wing-yin (屈穎妍) issued a letter through her lawyers to radio host and columnist Tsang Chi-ho (曾志豪), alleging that his article titled “The Wat Wing-yin Phenomenon”, published in Apple Daily, had caused her harm. Wat demanded Tsang publish an apology and clarification. Although the exact contents of Wat’s letter are not publicly available, it is a fair guess that her demands were based on an accusation of defamation.

As a reporter-turned-lawyer, my first encounter with the study of law happened when I was a journalism undergraduate at the Chinese University of Hong Kong. One of our compulsory subjects was media law, and my lecturer was former Ming Pao editor-in-chief Kevin Lau Chun-to (劉進圖).

Before talking about the “what” of media law, Lau talked about the “why” – the reasons why journalists should study media law. Lau explained that journalists have to understand the law to know the boundary of what can be said, so that they will not abuse the power and the freedom of the press. An equally important reason was for journalists to avoid being sued for innocent mistakes. 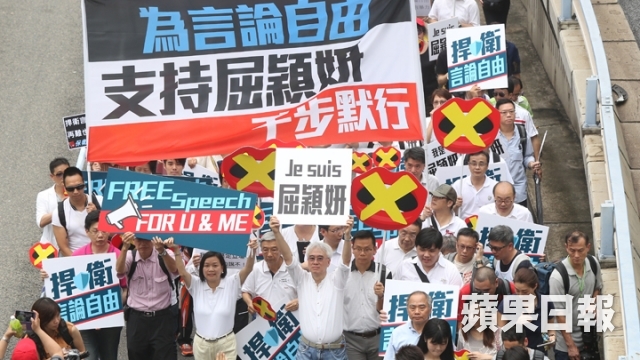 After Wat claimed that she had received death threats online for a commentary she had written, supporters organised a rally for her. Photo: Apple Daily.

Freedom of speech, like all other freedoms, is not unlimited. While we have the right to freely say whatever we want, we also have the right to enjoy the good reputation that we deserve. The objective of defamation law is to protect the latter.

At first glance, it might seem that the law of defamation is the journalist’s foe rather than his friend. When a newspaper publishes negative news about an individual or when a columnist makes critical comments against a person, there is a risk that they could be sued for defamation. That being the case, wouldn’t the threat of lawsuits deter journalists from engaging in bold reporting and commentary?

The law does not work that way – thankfully. As long as what is said is factually true, there is a defence known as “justification”. Furthermore, if the article concerns a matter of public interest and follows the principles of responsible journalism, the journalist could invoke a defence known as “Reynolds privilege”. 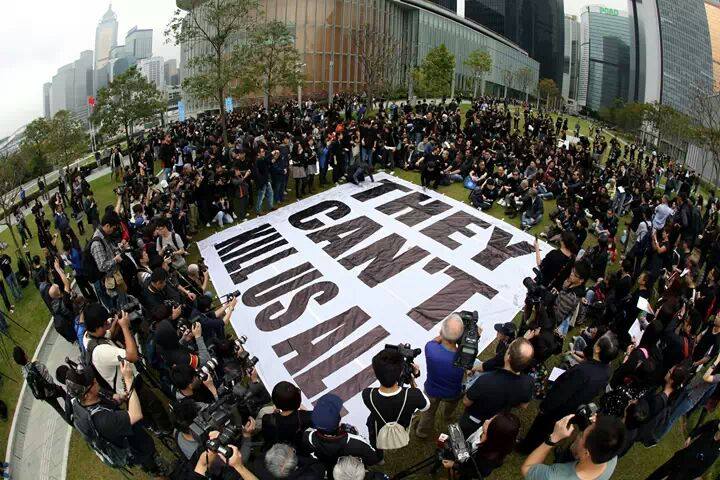 Concerned Hong Kongers rallied for veteran journalist Kevin Lau, who was attacked on the street, in Feb, 2014. Photo: Benson Tsang via Occupy Central with Love and Peace Facebook.

Then there is the defence of “fair comment”, which applies when a journalist’s comments relate to a matter of public interest, are based on true facts, and are comments that an honest person could have expressed.

Telling the truth and making honest and fair comments – aren’t these the basic qualities required of a journalist anyway? Thus, journalists who perform their job properly, according to their conscience, should have little reason to see the law of defamation as an enemy.

Just as our right to good reputation is protected by the law of defamation, freedom of speech and of the press is guaranteed by the Basic Law. The court, when called upon, will fairly decide how to balance the conflicting rights based on the facts before it.

This echoes something that Lau said after he was attacked by a knife-wielding assailant in February 2014: freedom comes hand-in-hand with truth, selflessness, and bravery. Therefore, fellow journalists and media workers, keep following your conscience. As long as you do so, the law will be your friend.

Alexa Stone is a journalist-turned-business manager-turned-lawyer who loves observing people.

The law of defamation – friend or foe of journalists?