Schools and local government agencies in China’s restive Xinjiang province have adopted policies that critics, including the Turkish government, say prevent residents from fasting during the Muslim holy month of Ramadan. The month of fasting from dawn until dusk is one of the pillars of Islam, the religion practiced by many of the ethnic Uyghurs native to China’s western province of Xinjiang.

Elnur Yilmaz, a businesswoman of mixed Uyghur and Turkish descent, spends her time between Hong Kong and Turkey. “The Uyghur people have a traditionally liberal faith, inspired by the Sufism of the region, they are not inclined towards religious extremism,” she told me at her Hong Kong office.

When I point out that extremism is on the rise in Xinjiang, according to the Beijing government and impartial observers of the region, she nods sadly. “There are two reasons for some growth – minor growth – in extremism. One is that it is a global phenomenon in Islam, I am sad to say. The other is the policy of the Central Government. If you lock up Ilham Tohti [a liberal Uyghur activist], if you beat up Muslim women for wearing a veil, if you bet up Muslim men for wearing a beard, you push some of them to extremes.” 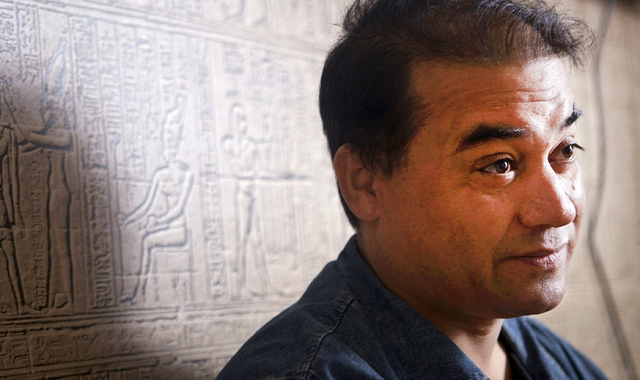 Ilham Tohti, a Uyghur economist who is serving a life sentence in China on separatism-related charges. Photo: PEN American Center via Flickr.

The Turkish Foreign Ministry published a statement this week saying that reports of Uyghurs being “banned from fasting and fulfilling other acts of worship have been received with sadness by the Turkish public opinion.” The ministry said it had conveyed Turkey’s “deep concern” to the Chinese ambassador in Ankara. Turkey, a majority Muslim country, has close ethnic, religious and linguistic ties to China’s Uyghur minority.

Ms. Yilmaz salutes the Turkish government for taking a stand. “For years Turkey has tried quiet diplomacy with Beijing on behalf of the Uyghurs. It has tried to accommodate Uyghur refugees, but Beijing has pushed countries between here and there to repatriate Uyghurs, despite evidence, from Amnesty International and others, that repatriation means imprisonment and harsh punishment. Tibetans are welcome in India, but India is much closer to China than Turkey is. Still, Turkey has allowed hundreds of Uyghurs to settle there.”

A Chinese Foreign Ministry representative responded on July 1, telling journalists in Beijing that “China has already demanded that Turkey clarify these reports, and we have expressed concern about the statement from the Turkish Foreign Ministry.” 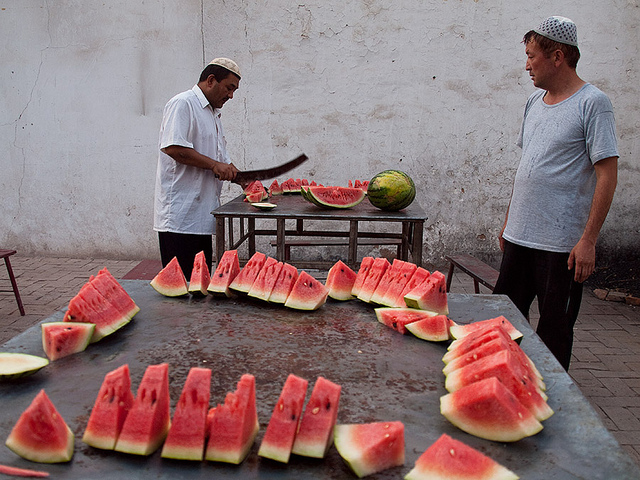 In Malaysia, another country with a large Muslim population, the Chinese Embassy said “reports from foreign media regarding the banning of fasting during Ramadan are complete nonsense.”

Senior Chinese officials insist they do not force Muslims in Xinjiang to break the Ramadan fast, citing clauses in the Chinese Constitution that enshrine freedom of religion. But statements posted on the official websites of two middle schools, a village Communist Party branch and two county governments all include instructions that appear to be aimed at restricting people from observing religious rites during Ramadan.

The Food and Drug Administration for Xinjiang’s Jinghe County instructs employees to sign a statement that includes a “pledge to obey political discipline to firmly ensure that families that have [Communist] party members and students will not fast and will not participate in any forms of religious activities.”

Contacted by phone, an employee of the agency who refused to be named told HKFP that “our main goal is to prevent extremists from threatening them. Ordinary people can fast, have religion and worship … people are not forbidden from Ramadan as long as they are not Communist Party members.” Within several hours of the conversation, the statement was removed from the Jinghe County government website. 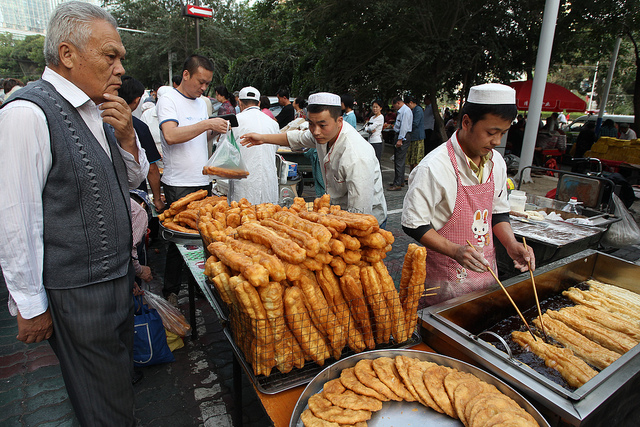 The website of a middle school in the town of Bole published instructions calling for teachers to ensure that “students and juveniles do not fast during the holy month and do not participate in religious activities.” A middle school in the city of Tunshuq published a statement on its website ordering department heads “to conduct thorough inspections of classrooms, canteens and dormitories before Ramadan; to completely prohibit teachers and students from participating in Ramadan activities.”

Reached by phone, a person from the school who also refused to be named told HKFP that the policies against Ramadan were “a region-wide ban” aimed at preventing public servants and students from practicing religion.

“The Chinese communist government is being two-faced, trying to fool the international community,” said Elnur Yilmaz, echoing a line often heard from Uyghur groups outside China, such as the Uyghur World Congress, an organisation that Beijing labels as ‘terrorist’. “What government officials do to test you is, if you’re a student or teacher or government worker, they give you water or food during lunch, and if you don’t accept it, they start a judicial process against you – for violating discipline.” Yilmaz shakes her head and looks through some papers on her desk.

“Here,” she says, and holds up a paper in the Turkic Uyghur script. “This woman, Tursungul, wanted to join her husband in Turkey, but was caught by local authorities in the province. She was a healthy woman, 32, but a few days later she was dead. Police said it was heart failure and they buried her in an unmarked grave. Her father and her husband have no idea what really happened, and even worse, they do not know what happened to their children.” 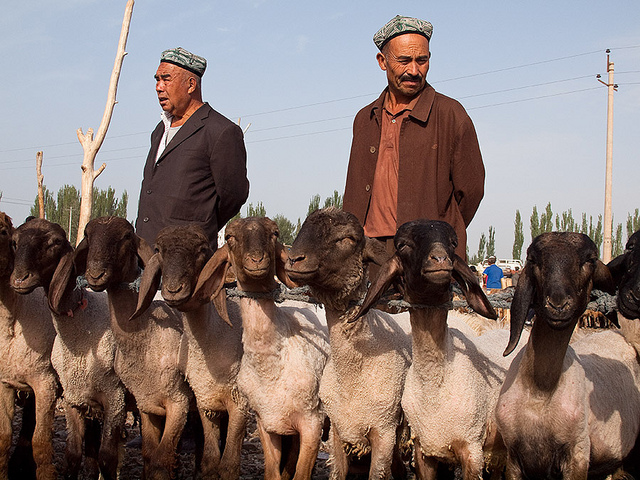 It is difficult to get confirmation of these kind of stories, because of the tight control that Chinese authorities keep in Xinjiang, but HKFP spoke to Eset Sulaiman of Radio Free Asia, who confirms the story as told by Tursungul’s husband in Turkey. A formal request for information with Xinjiang authorities has gone unanswered until now.

In January, Chinese Communist lawmakers in the restive province passed legislation banning the burqa and the chadri, Islamic face covering practices for women. There have been numerous reports of men being chastised, sometimes violently, for growing beards that are too long. The star and crescent symbols are banned throughout the province as “symbols of extreme and separatist ideologies”.

According to Elnur Yilmaz, the full face covering practice is not native to Uyghur women, but she has heard stories of even women with less covering veils being beaten by police. “The crescent and the star are symbols of Uyghur heritage, they do not necessarily reflect nationalism. Suppressing Uyghur traditional symbols and religious practices will only increase tensions and will embolden outside extremists to cultivate Uyghurs to take up arms. I am afraid Beijing will reap what it sows with its policies in Xinjiang.”