Hong Kong’s savvy shoppers are skirting a 50 cent levy on plastic bags imposed by the government earlier this year by helping themselves to the free bags typically found in supermarkets’ produce sections.

A survey conducted by environmental group Green Power last week discovered that shoppers were taking flat-top bags – thin film bags with no handles – to the tills themselves and using them to carry out their goods.

In one instance a customer was spotted tearing off up to 10 flat-top bags, while in another a cashier handed over eight of them. 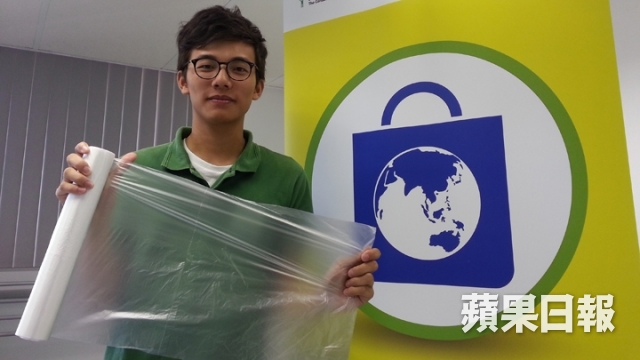 Green Power saw 133 shoppers take an average of 1.9 bags each during a one-hour period, with four in 10 not using the bags immediately.

The revised plastic bag levy scheme took effect in April, which forbids retailers from giving out plastic bags, including flat-top bags, for free. Exemptions are given to food items that are without packaging, in non-airtight packaging, or in chilled state.

Upon its launch, the government issued a lengthy list of instructions, notifying businesses of the complex exemption rules that had baffled many customers and shopkeepers.

The group is concerned over the abuse of flat-top bags, and has urged supermarkets to stop providing them in the produce sections. Angus Ho of Greeners Action told Apple Daily that a problem lies in the customer services of supermarkets. Ho argued that most supermarket cashiers would offer to give out flat-top bags, and unaware shoppers often do not refuse the offer.

The Environmental Protection Department said that they had inspected more than 16,000 retail outlets and issued 25 fixed penalty notices of HK$ 2,000 since the implementation of the revised ban.

The first phase of the plastic bag levy was implemented in 2009, targeting mainly supermarkets, convenience stores and cosmetic shops. The scheme is now expanded to include a wide range of retailers, including boutiques, electronic stores and medical centers.

The new levy was generally welcomed by environmental groups. But environmentalists want the government to do more and ban other plastic products such as polystyrene foam, which was officially banned in New York City on Wednesday.