Police in Mong Kok were on high alert on Wednesday evening amid fears that protesters would stage a water fight in the district. Some people had their bags searched and one man was detained for refusing.

Scheduled to begin at 7pm in Hung Hom, Shatin, Tuen Mun and Mong Kok, the event was organised by a localist group called Defend Justice, Defend our Home.

Concerns were raised about the event after some netizens suggested lacing the water with crushed mustard seeds. 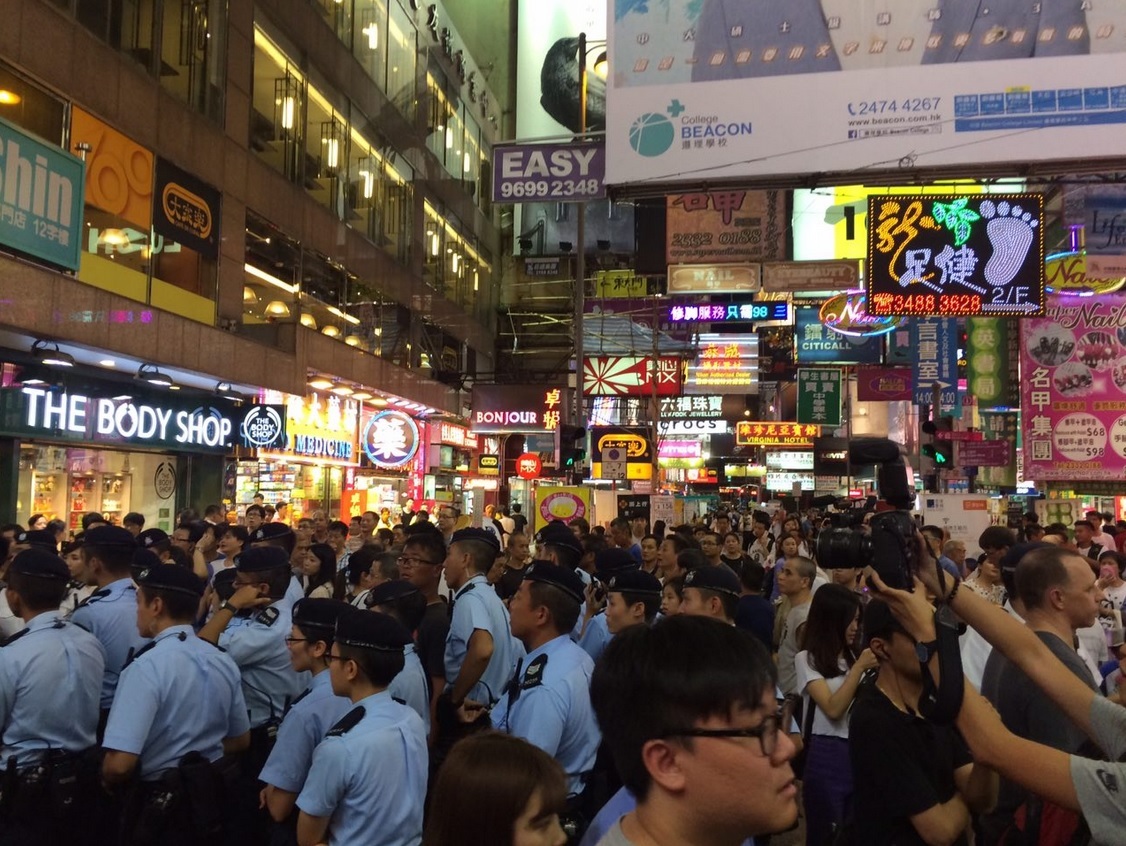 The event was taken down on Wednesday morning, but screen shots of the Facebook event page and the comments page were published online by Apple Daily, Singpao, and Oriental Daily. 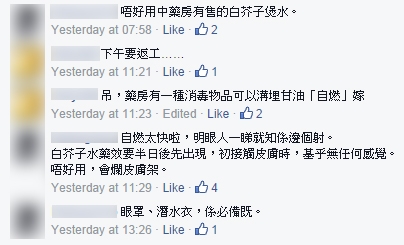 Netizens suggest using mustard seed water for water pistols at an event that was due to take place in parts of Hong Kong. Photo: Apple Daily.

Hundreds of police officers were stationed along Mong Kok’s Sai Yeung Choi Street South, where they conducted random bag checks on passers-by and issued slips of paper warning them not to take part in any “water splashing event.”

One person was detained after refusing to let officers search his bag.

I've been detained. Police bringing me to Mong Kok police station. Scene inside the van. pic.twitter.com/wMMEg2qc0X

Local media reported that police were concerned that the events were due to take place in crowded public areas, potentially affecting passers-by who weren’t taking part in the event.

A lawyer speaking to Apple Daily suggested the event could lead to prosecutions for assault occasioning bodily harm if harmful chemicals were used.

The event was dubbed a mock Songkran, a traditional Thai celebration that involves splashing water at others to wash off sins or bad luck.