On a rainy May evening 30 years ago, the Hong Kong men’s football team lined up against their Chinese counterparts in front of a crowd of 80,000 at the Beijing Workers’ Stadium. The managers smoked nervously on the sidelines. The winner would reach the final Asian qualification round for the 1986 World Cup.

With the score level after 60 minutes, a speculative low shot was drilled into the Chinese box. Two defenders miscommunicated and tackled each other, leaving Hong Kong midfielder Ku Kam-fai free to smash home. Despite a Chinese onslaught of 24 goal attempts, the visitors secured a shocking 2:1 victory: the famous “519 Incident”. Rioting ensued in Beijing.

Fast forward to 3 September, 2015, and the same teams will compete in Shenzhen for a spot in the 2018 World Cup. The politicised atmosphere (see: racially-charged posters, anthem-booing) overshadows the fact that Hong Kong has never come close to replicating its past glories. In the latest FIFA World Rankings, Hong Kong was rated 164th of 209 countries or territories, just below Swaziland. We recently suffered our first defeat in 48 years to ‘Chinese Taipei’.

How has football declined to such a dismal state in Hong Kong, even though the sport remains as popular as ever among society?

As a British colony, Hong Kong was introduced to football as India was to cricket. In the 1920s and 30s, Hong Kong-born players popularised the game in mainland Chinese cities, such as Shanghai. Many played internationally for the Republic of China, even after its retreat to Taiwan.

One such player was Lee Wai-tong, whose feats are shrouded in folklore. Witnesses variously claim that he struck a ball so hard that it broke three of a goalkeeper’s fingers, sent a Dutch player who blocked his shot into a 26-hour coma, and killed a Vietnamese pitch invader with a kick to the jaw. 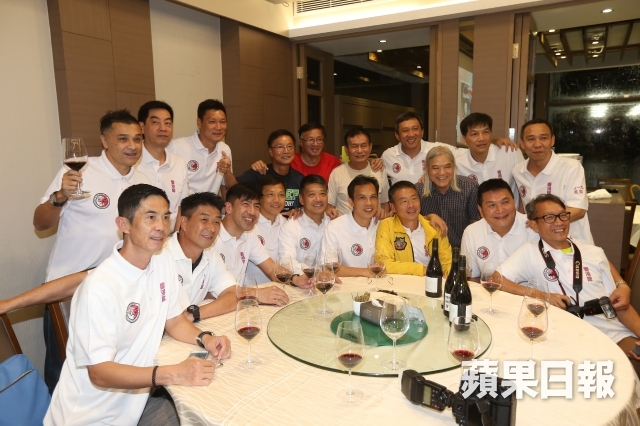 The victors of the “519 Incident”, today. Photo: Apple Daily.

In 1959, Cheung Chi-doy became the first and only Hong Kong player to play for a top-flight English club. In a two-year stint with Blackpool, he played a mere five first-team games and scored one goal.

As Hong Kong’s economy began to transform, so did the city’s football scene.

In 1968, the Hong Kong Football Association professionalised the first division league. That year, Cheung Chi-doy joined Jardine, earning a monthly salary of HK$2,500. The median monthly income of the rest of Hong Kong did not reach this figure until the mid-80s, according to Census and Statistics Department archives. As late as the turn of the millennium, leaked South China AA documents show that their starting XI earned $25-50,000 a month. The median monthly income then was $10,000.

Then came a crippling economic decline. In 1999, the government prohibited tobacco sponsorship of sporting events, cutting off a significant source of income for the Hong Kong FA, and shutting down the lucrative Viceroy Cup (Viceroy cigarettes). For several years Carlsberg sponsored New Year exhibition games, until it too pulled out in 2007. When the government legalised football betting in 2003, an exception was made against betting on local games. Today the best players are said to earn HK$13,000-20,000, while others earn mere thousands, and work part-time jobs to make ends meet. “Few players can be considered professional anymore. Teams used to hold two training sessions a day, morning and evening. Now they can only hold one, sometimes because players cannot wake up from the night before,” explained Peter Lau, a veteran youth team coach with the FA.

Football became rejected as a career path, in light of how some other industries developed remarkably in Hong Kong. A satirical online diary titled “If Messi was born in Hong Kong” lamented, “I haven’t played football in a month, because mom doesn’t allow me to… she arranged three after-school classes for me.” In this parallel universe, Messi played World of Warcraft on his 19th birthday, rather than for Argentina in the World Cup.

Poverty breeds match-fixing. Last January, nine players and staff from Happy Valley were escorted for investigation by the ICAC immediately following a league game, leading to the conviction of Croatian centre-back Sasa Mus. In 2009, Tuen Mun Progoal inexplicably conceded four goals in the last ten minutes of a match that looked set for a draw. Some players walked off the pitch while the last goal was being scored, and in fury, captain Chau Wai-ming shouted towards the bench, “how many goals do you want me to concede?”

So was the death of Hong Kong football inevitable, given the economic circumstances? Coach Lau strongly disagrees. “The local football system does not give anyone hope,” he stated, “because the FA have been making decisions in a black box.” The FA’s board of directors are, for the most part, team owners.

One decision with far-reaching consequences was made in 1987, when the FA excluded all overseas players from the league system. This policy, commonly attributed by media observers to pro-Beijing tycoon Henry Fok (then Head of the FA), was repealed three years later. Elsewhere in the world, football was heading the opposite direction. Korea and Japan professionalised their leagues respectively in 1983 and 1993, with the latter opening its doors to international stars Zico and Gary Lineker. 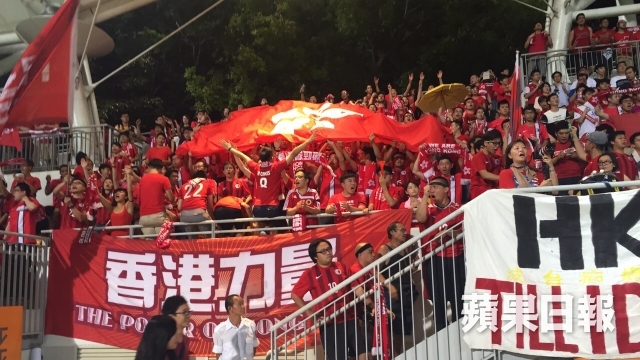 A rare scene of football fans filling up the MongKok pitch during 2015 World Cup qualifying match between Hong Kong and the Maldives. Photo: Apple Daily.

Another saga began in 2007, when Eastern – a former powerhouse that had dropped into the amateur leagues – was suddenly invited to join the First Division by FA Chairman Brian Leung. Eastern expressed reluctance due to a lack of funds, until Leung “guaranteed that the club could receive $6 million in sponsorship”, according to local newspaper Sing Pao. After two years in the top flight, Eastern applied to drop back into the Third Division. It won the division but applied not to be promoted.

“At grassroots level, the FA’s district-based youth programmes have become less attractive to coaches,” Lau recalled. “For several years, one district coach also managed the Hong Kong youth team, which meant that the best kids were recruited to that district, and only their players represented Hong Kong.”

The FA has not responded to our request for comment on the issues raised in this article.

So will Hong Kong repeat its heroics against China this September? Perhaps a better question would be whether many people would care. One of the most respected managers of Hong Kong, the late Lai Sun Cheung, famously lamented upon his resignation: “In this city, football has never been respected.”

Feature: 'In this city, football has never been respected'