More than one hundred secondary school students and eight teachers teamed up to collect 4,900 plastic bottles, 300 cans and countless paper items at the July 1st march on Wednesday. The three organisers, all Form 5 students, said that the event was inspired by the environmental education they received in school and a clean-up event they took part in on the same day last year. 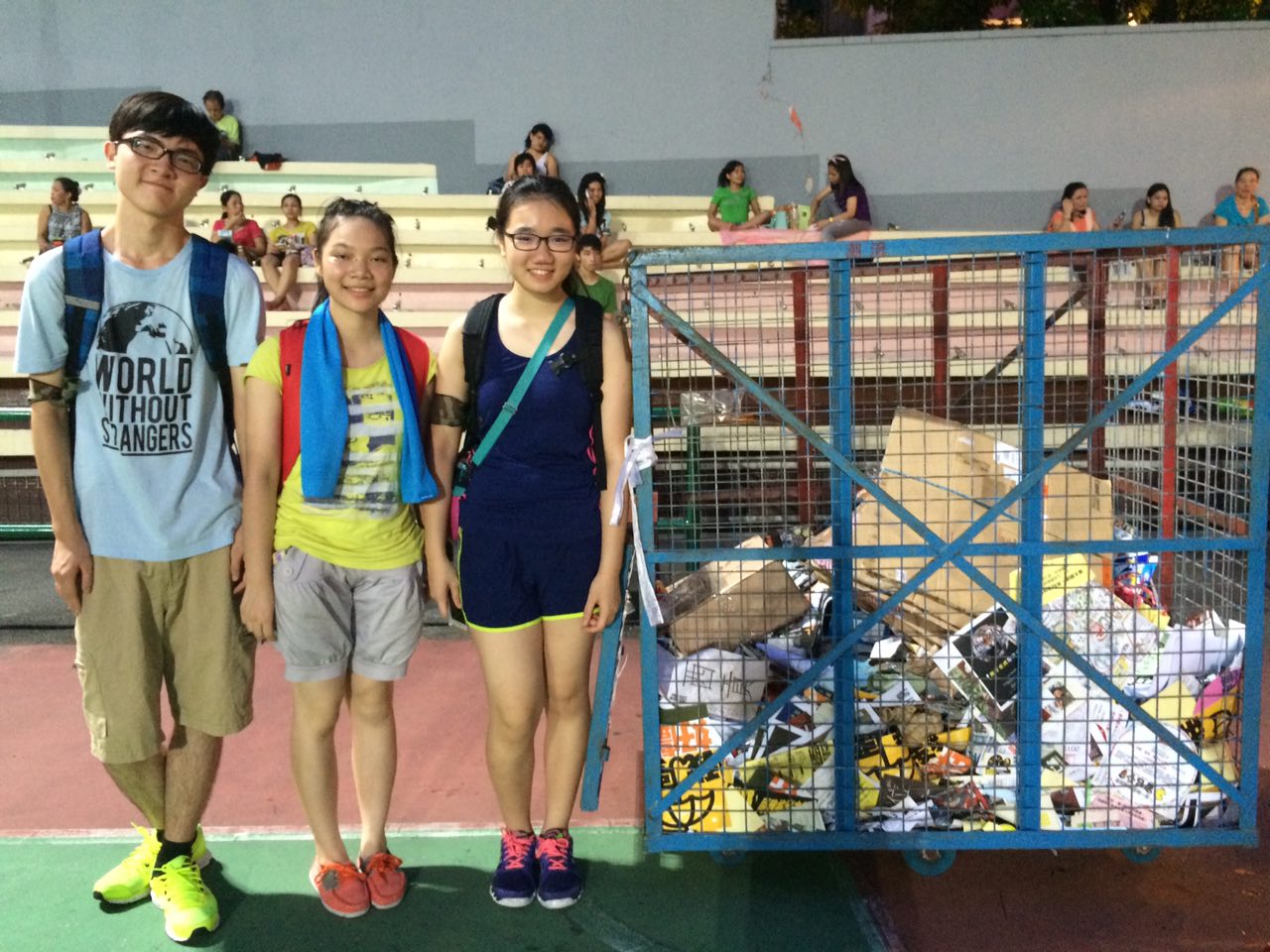 “Our school has been putting a lot of effort into promoting environmental awareness in recent years, such as organising many recycling events and facilities,” said Jody Wang, one of the three organisers.

“I realised that even though we are secondary school students, we have the power to make social change. So we wanted to carry on the spirit to this year’s rally.”

The group said that they wanted to raise public awareness on waste issues. “Hong Kong people still don’t have a high level of environmental awareness. If everyone does recycling, the impact will be very big… It’s very simple. If we can do it, everyone can, and they have the responsibility,” said Wang. 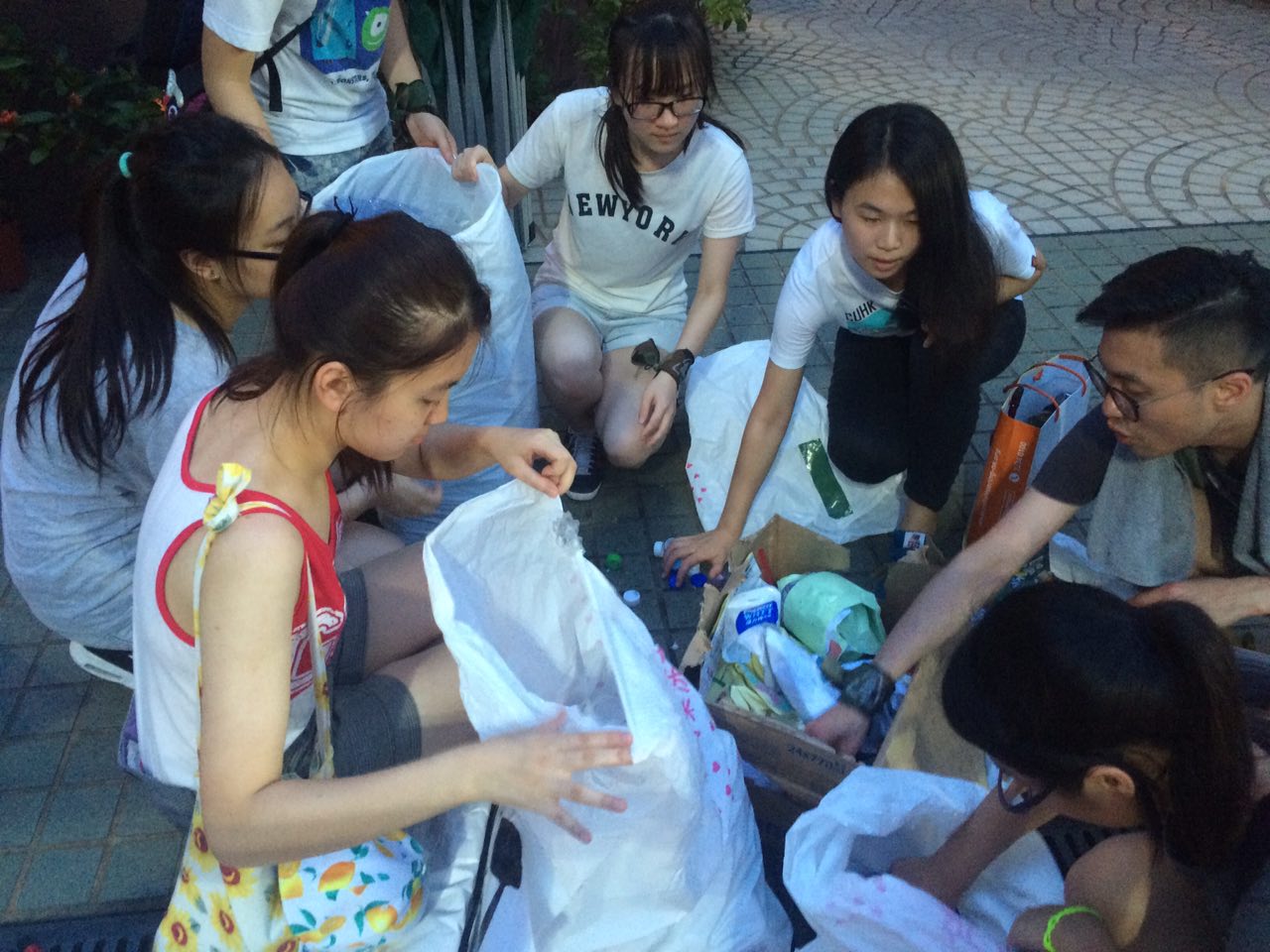 Students sorting the plastic bottles that they have collected. Photo: Ellie Ng.

Emily Law, another student organiser, said that she wanted to inspire younger students. “I want them to have the same experience we’ve had,” said Law.

The students originally wanted to hold the event on their own, but they needed advice on coordination and logistics. Law said, “We asked our geography teacher for advice, and he was very supportive of our initiative. Other teachers later approached us and said they wanted to help.

The teachers also helped by encouraging more students to participate. Lily Chan, a Form 5 student, said that she was inspired by her teacher.

“We talked about environmental issues in Liberal Studies class, and our teacher encouraged us to volunteer in today’s activity. He made me realize that I should do something for the environment, especially as the landfill is filling up,” said Chan. “If we keep producing waste, what will our planet become?” 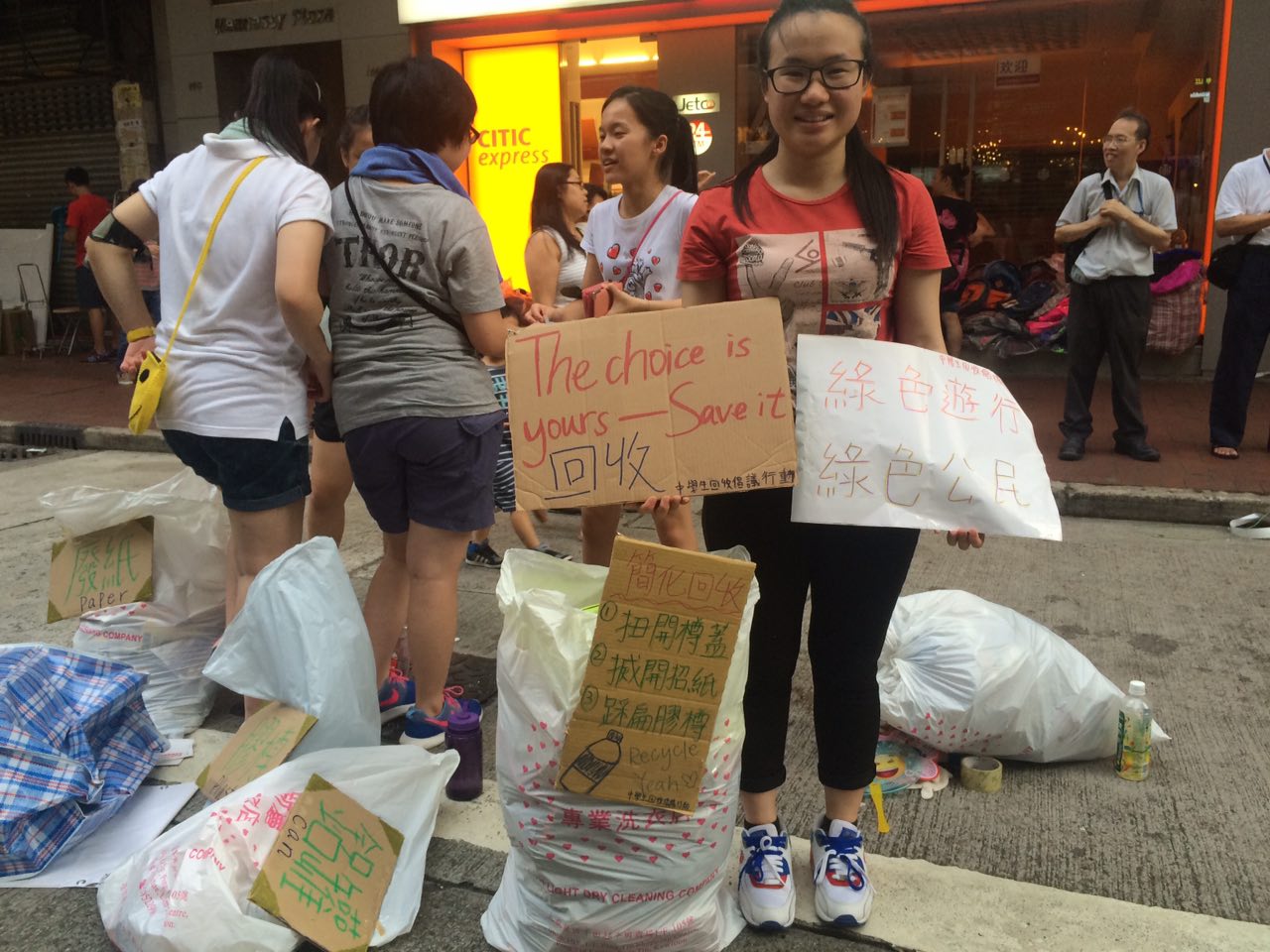 Lily Chan and her classmates along the rally route. Photo: Ellie Ng.

The organisers said that the amount of trash they had collected was significant considering the smaller crowd this year.

Asked whether they would hold any future events, the students smiled and said it depended on their study.

Garbage produced during protests and public events has been an ongoing issue. A litter-picking Facebook group collected half a ton of plastic bottles at the July 1st march last year. 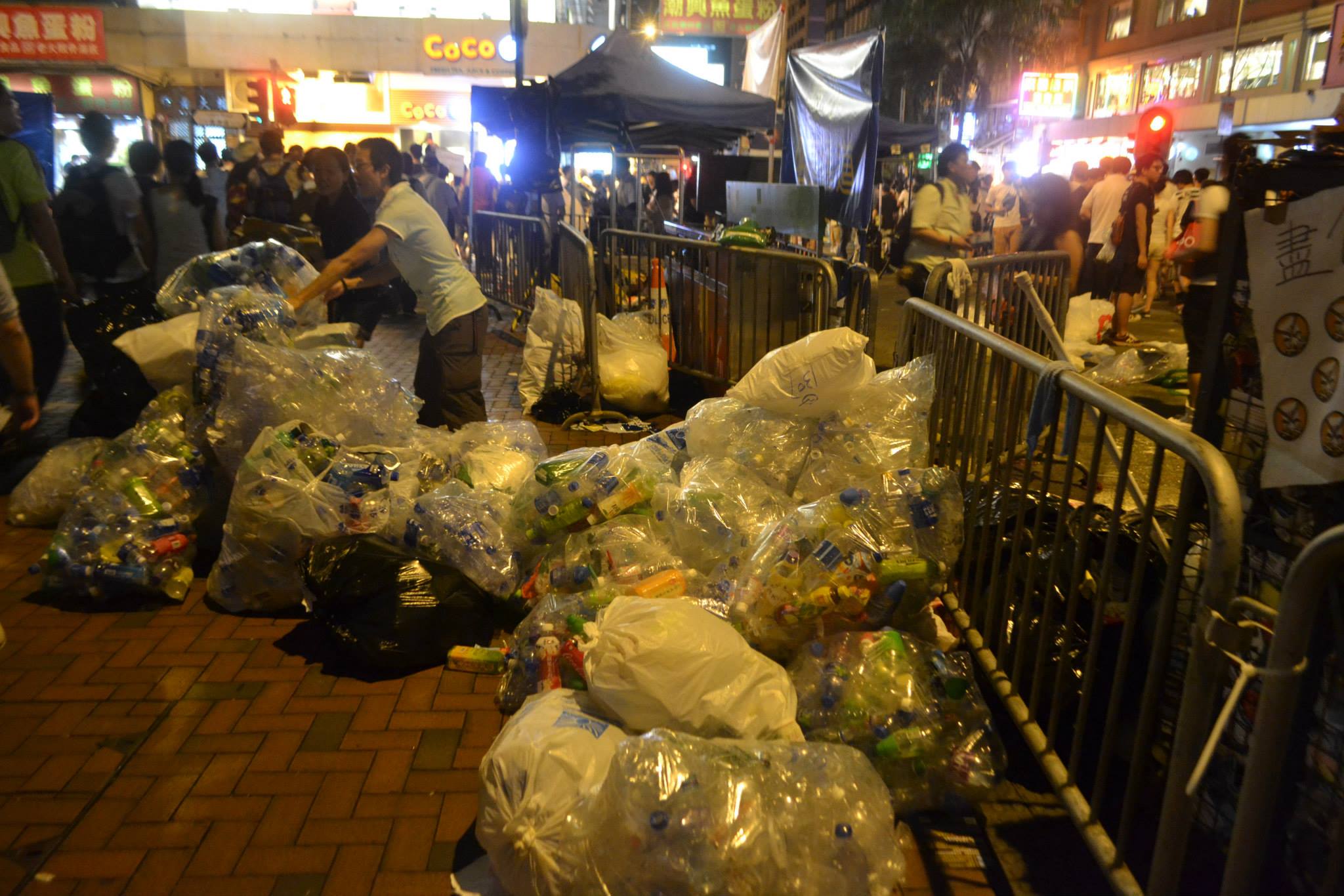 Some of the plastic bottles collected in July 1 march in 2014. Photo: Stewart CC via 結束一桶專棄 Facebook.

Celia Lau, an organiser of the group, said: “We’ve asked the main organisers such as Civil Human Rights Front and pan-democratic parties to make recycling and bringing one’s own water bottles a policy, but they never gave us a response. We’ll continue making the appeal to the key organisers.”