Jason Y. Ng sat down last Saturday with Ray Chan, the city’s first and only openly-gay lawmaker. They talked about the state of sexual equality in Hong Kong in the wake of the landmark U.S. Supreme Court ruling on same-sex marriage.

JN: What does the Friday court ruling mean to you?

RC: It means everything. It sends a powerful message to the world that marriage is a right for all and not a privilege for a few. It pains me to say that in Hong Kong we face tremendous pushback from conservative groups and bureaucrats on even a simple piece of anti-discrimination legislation to protect the LGBT community. Same-sex marriage is still many years away.

JN: What initiatives are you working on at Legco [Hong Kong’s legislature]?

RC: As you are well aware, individual lawmakers don’t have the right to initiate new legislation at Legco. So we must wait for the government to draft a bill and present it to us before we can debate it and propose amendments. We’ve been talking about having a sexual discrimination ordinance for years, but so far nothing has happened. The Equal Opportunities Commission is due to issue a report next week to urge the government to pick up the slack.

In the meantime, I’m spearheading a non-binding motion debate at Legco to introduce civil union in Hong Kong. Same-sex marriage is our ultimate goal, but we need to have civil union as a near-term compromise to give gay and lesbian couples basic rights like hospital visitation and medical decision-making. If a person dies in a traffic accident today, his male partner can’t even retrieve his body from the morgue or make funeral arrangements. These are matters of human dignity that need to be addressed right away. 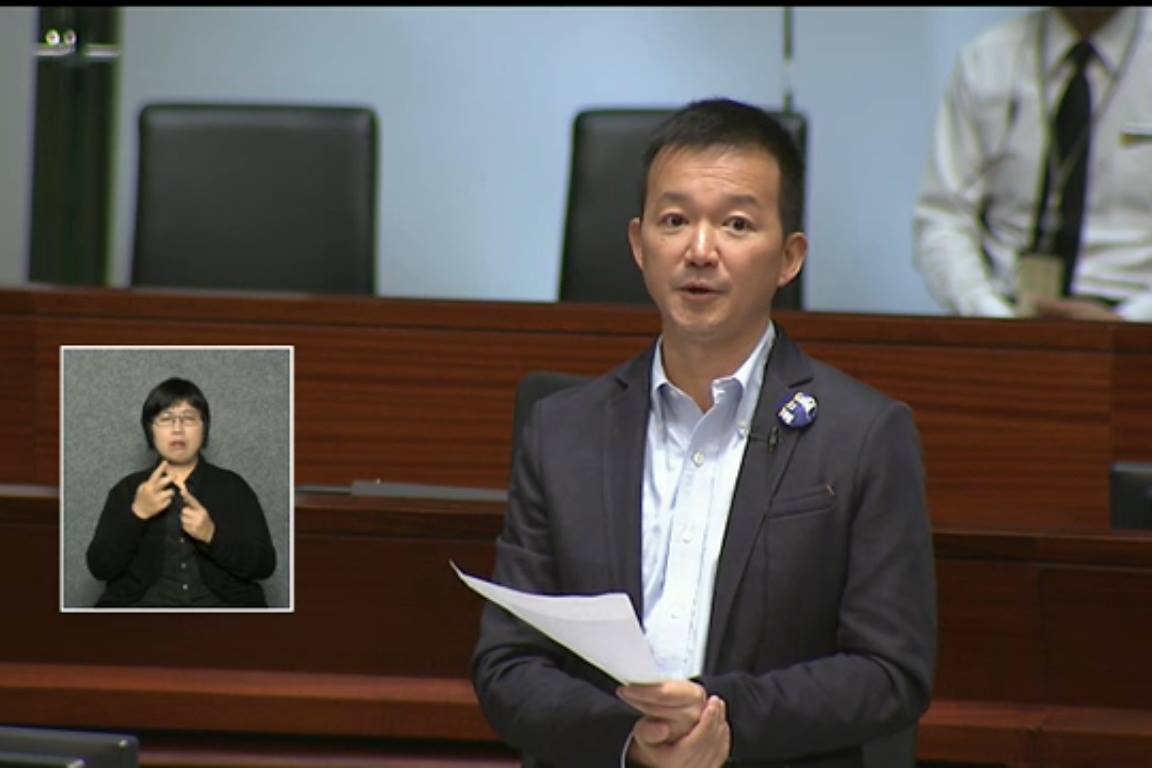 JN: What are the main obstacles facing these initiatives?

RC: There are two. First of all, many top government officials are devout Christians who still see the LGBT community as a threat to society and their faith. They are in no rush to change the status quo.

Second, most seats in the functional constituencies in Legco are taken up by socially conservative, pro-establishment businessmen. They are resistant to change and worried about their bottom line if the law were to require companies to extend same-sex benefits to their employees. These people will tell you they are not homophobes, but their voting records say otherwise.

Your question about obstacles is very much linked to the issue of universal suffrage. Public support for anti-sexual discrimination legislation now hovers at around 60%. If we had a chief executive and lawmakers who answered to their voters, things would have moved much more quickly for us. We need to have an accountable government that does what the people want them to do. That’s why we defeated the electoral reform bill on 18 June.

JN: How do you compare Hong Kong to other Asian countries in terms of sexual equality?

RC: I was at Pink Dot [the largest LGBT event in Singapore] two weeks ago. There were partygoers who flew in from all over the region. Event organizers lined up corporate sponsors like Google, Goldman Sachs and Bloomberg. The atmosphere was electric. Then there is Taiwan: we started our gay rights movement at about the same time as the Taiwanese did theirs. Gay Pride in Taipei now easily attracts 60,000 to 70,000 people. Even the mayor and other senior government officials come out to show support. Hong Kong is many years behind them – not that I really want to march next to C.Y. Leung at Pride! 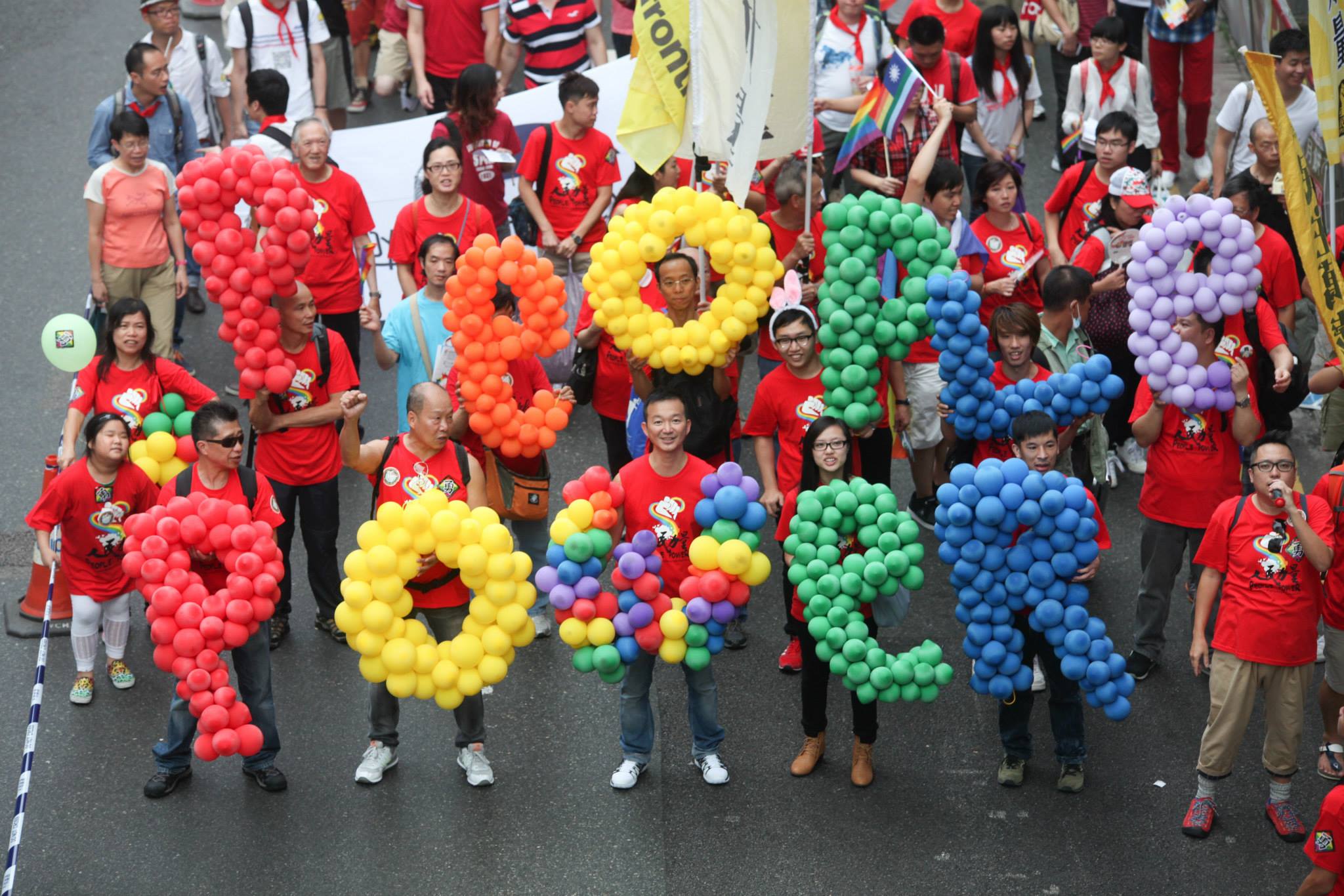 JN: Are you hopeful that the city will catch up with countries like America and Canada on the issue of same-sex marriage?

RC: I am. Things happen very slowly here but they will happen eventually. I am prepared to wait out the current generation of bible-thumping bureaucrats. The younger generation is far more accepting and well-informed about LGBT issues. We saw that during Occupy Central last fall, when protestors teased Alex and Lester about BL. [Alex Chow and Lester Shum were leaders of the Hong Kong Federation of Students known for their well-publicized bromance. “BL” stands for boys’ love, a slang for homoerotic fan fiction and comic books marketed primarily to the female audience.]

And look at all those rainbow-colored profile pictures on Facebook. Even the fence-sitter and the so-called “silent majority” are now taking a stance. This kind of public support for the LGBT community was unthinkable just a couple of years ago. Whether the social conservatives like it or not, the cultural landscape is shifting, not just in the West but everywhere else.

JN: People are still talking about the Michael Chugani article in response to your MTR encounter. What do you have to say to Mr. Chugani?

RC: I’m disappointed. As an experienced reporter, he should know the difference between hate speech and free speech. As a racial minority, he should understand what it’s like to be part of a prejudiced group.

JN: What message do you have for Hong Kong people?

RC: I want everyone to know that we are not some monsters or circus animals. Nor are we a threat to anybody. We are people just like everyone else. We don’t want any special treatment or privilege. We just want to be treated with dignity and equality. I see that as a very basic request. 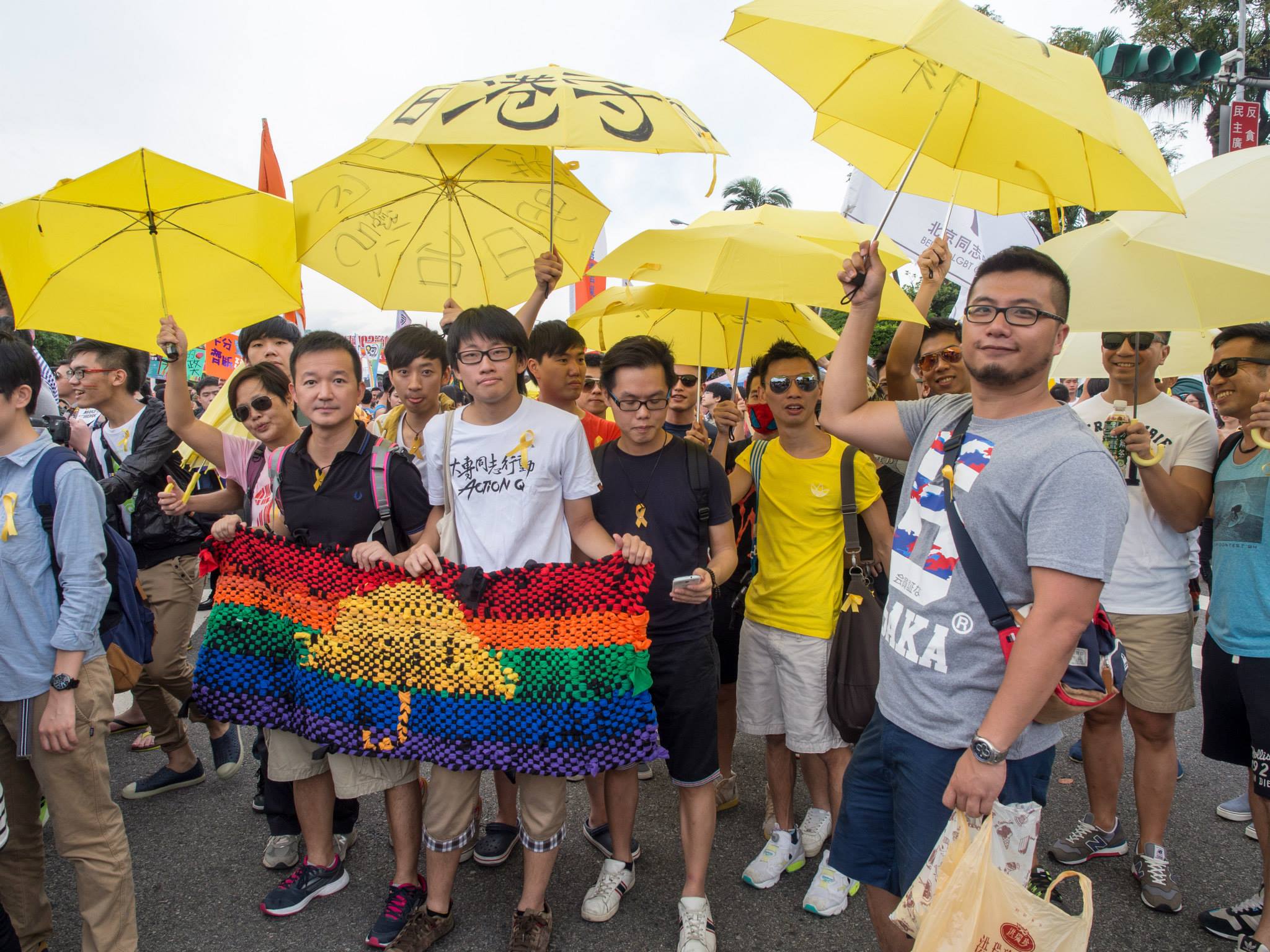 After our chat, I asked Chan where he was heading and he told me Jervois Street. The back alley in Sheung Wan boasts the largest gay scene in the city, where a cluster of bars and dance clubs blast techno music and spill noisy crowds onto the sidewalk. Chan had made plans to meet up with his colleagues there – they had brought flyers and life-size banners to promote voter registration for the upcoming local elections. I asked him whether a serious topic like that would go over well with the Saturday night crowd, especially when everyone would be celebrating the U.S. Supreme Court ruling.

“It’ll go over very well,” Chan said with marked confidence. “I’ll explain to my brothers and sisters that sexual equality and civic participation go hand in hand. Together, we will show the government that the pink vote counts. What happened in America can happen here too, but first we must make ourselves heard at the ballot.”

With that, I shook his hand and thanked him for his time. Before he finished saying goodbye, his phone rang and it was the Apple Daily wanting to get his thoughts on Obergefell v. Hodges. He mouthed the words “see you around” before disappearing, phone on ear, into the eddy of weekend revelers on Wyndham Street. From a distance, I could hear him trying to explain the concept of civil union to the reporter on the other end of the line.

Sexual Equality: Will Hong Kong Catch Up with the Free World? – Part 2