Organisers of the annual pro-democracy rally this year have put forward five demands. As the legislature brought the curtain down on the political reform controversy over a week ago, pro-democracy supporters have moved on to redefine their goals in the winding road to democracy.

With a theme “Build a democratic Hong Kong, reclaim the future of our city”, the biggest and most festive annual rally will commence at 3pm on July 1. 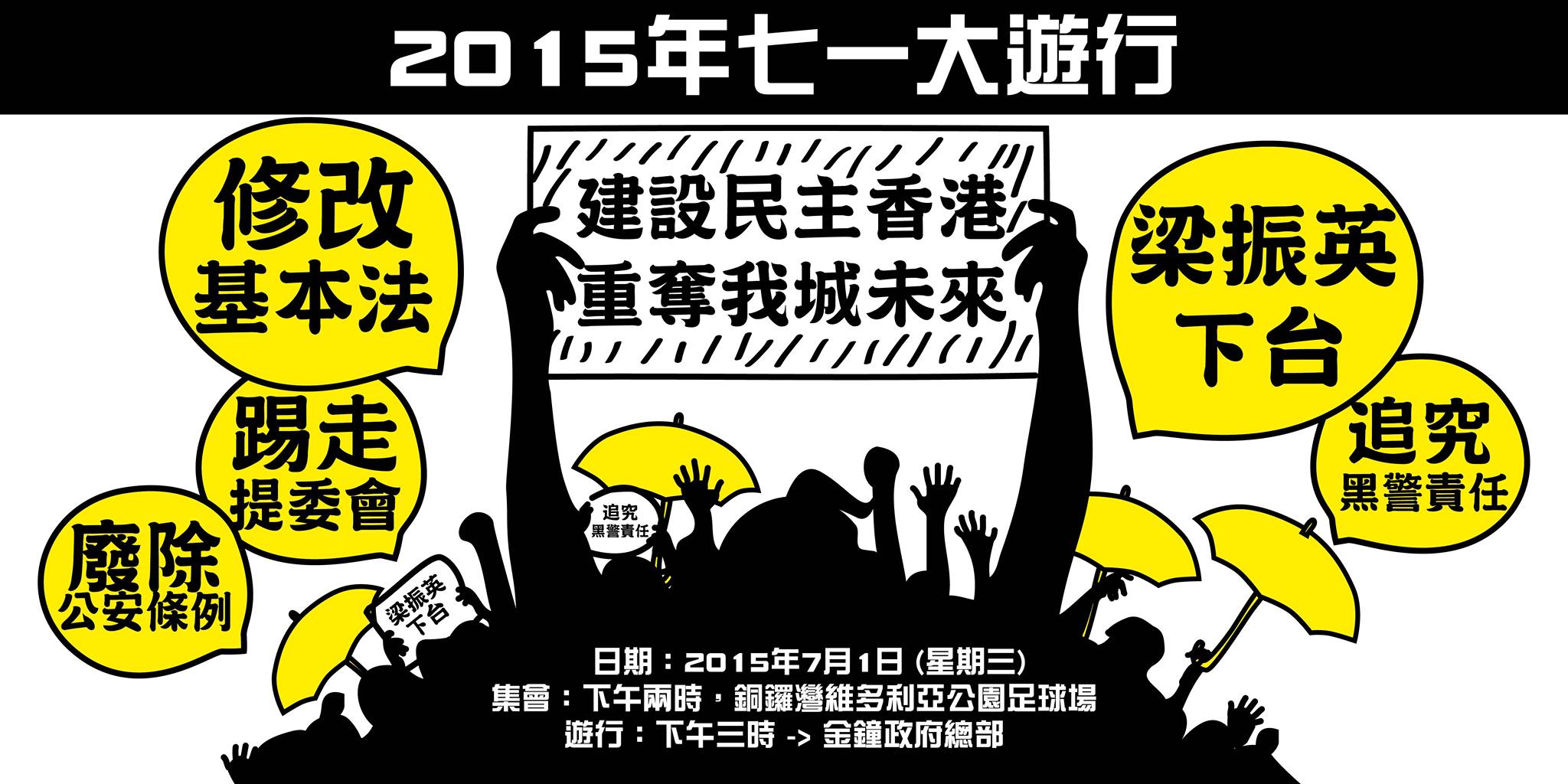 Leung sports a dismal approval rating that has been lower than his predecessors and has consistently remained at a level below the warning line of 45 points. He has made a name for himself as the least popular chief executive of Hong Kong.

Leung is widely seen to hold himself accountable to the Chinese Liaison Office rather than the people of Hong Kong. In the critical year of Hong Kong’s political development, Leung did not make any concessions or propose a reform package that could win the approval of two-thirds of the legislature.

He has held a combative stance against those who are not supportive of him over his three years in office. In the policy address this year, he painted a target on HKU’s student publication for promoting Hong Kong independence. More infamously, he has called for the public to vote the pan-democrats out of the legislature. Leung has long been defying the conventions of the legislature: funding the HK$140 billion third-runway project without giving lawmakers the opportunity to debate, proposing the reorganisation of the government in 2012, and forcing the funding of a new IT bureau by withdrawing items from the agenda of the finance committee this February.

He has yet to explain his secret HK$50 million deal with the engineering firm UGL just prior to his inauguration as the city’s leader. Nor has he explained to the media his conspiratorial assertion that foreign entities influenced the umbrella movement protests.

Students are now questioning the legitimacy of the Basic Law and embracing the idea of amending it. In this year’s annual vigil in remembrance of the 1989 Tiananmen Square massacre, students stirred controversy among pro-democracy supporters by burning copies of the Basic Law on stage, as a gesture to advocate for its amendment.

Hong Kongers were mostly excluded from the drafting of the Basic Law. Student leader Joshua Wong wrote an op-ed criticising the Chinese government for violating the intent of the Basic Law. 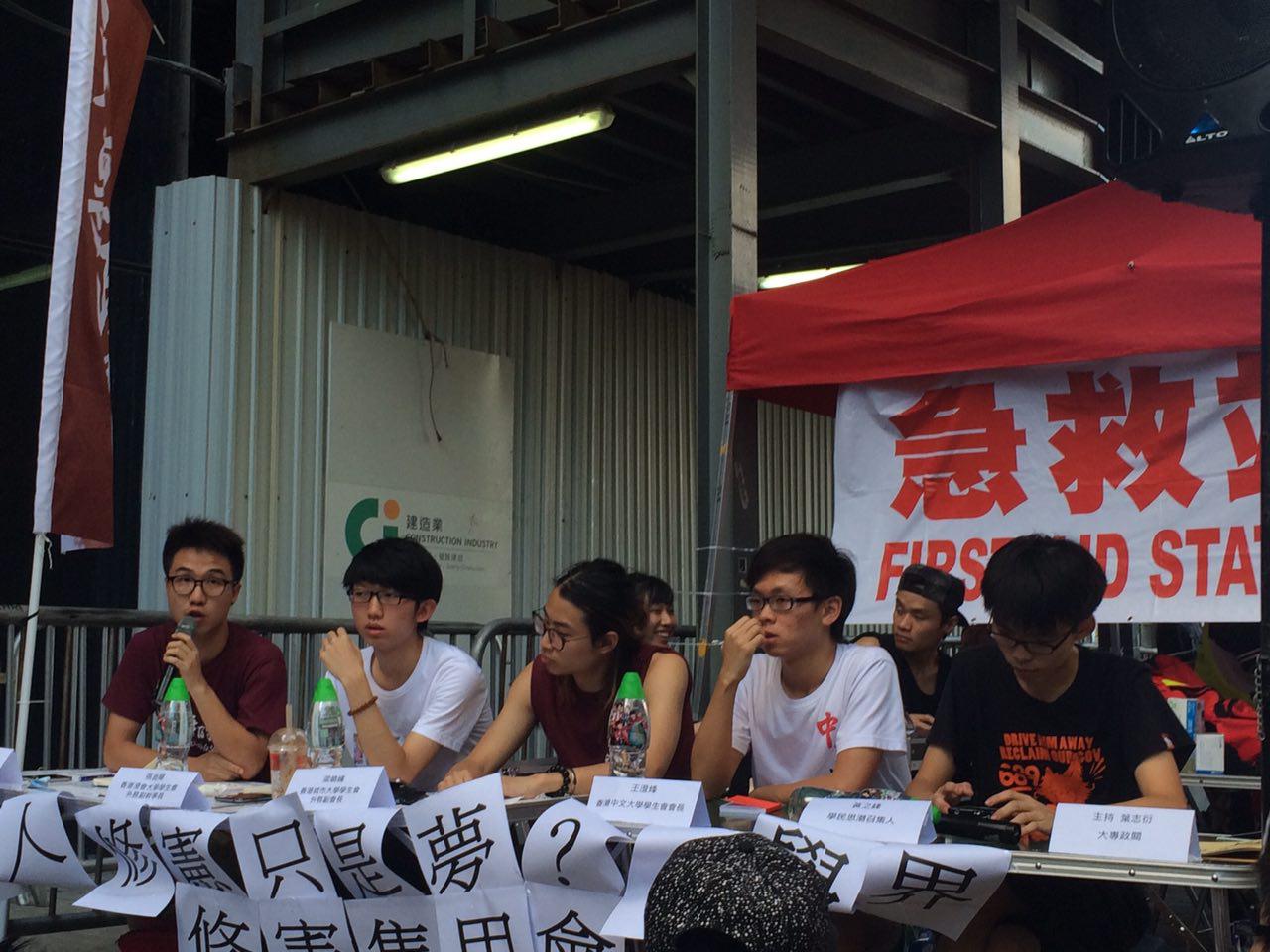 A proposal of amending the Basic Law could provide a way out of the current political deadlock and consolidate the different strands of the democracy movement towards a new goal. However, there is no consensus among the pro-democracy camp, and many veteran activists and scholars oppose the idea.

The 1,200 strong nominating committee is dominated by pro-Beijing and pro-business interests. Roughly 15,000 voters, mostly comprised of corporates or bodies, control over 700 of the seats within the committee. It is fair to say that Beijing has a firm grip over the screening of candidates, given that candidates are required to receive over 600 nominations in order to enter the public round of voting. Over 2,000 complaints were filed over police misconduct during the Occupy protests last year, including assault, neglect of duty and use of expletives. Images and videos of police using batons and pepper spray against unarmed demonstrators were widely circulated online and in the press, earning “Asia’s finest” a bad name and prompting a slump in public confidence. By the end of last year, polls showed that the People’s Liberation Army received higher public approval than the Hong Kong police force.

The notable case of seven police officers beating a handcuffed protester is still under investigation. The officers have been suspended from work after public outcry, but they are still paid in full while waiting for court hearings. Unfortunately, official figures reveal that of the 829 complaints of police assault between 2011 and 2013, none were “verified” and hence no officer was held responsible. 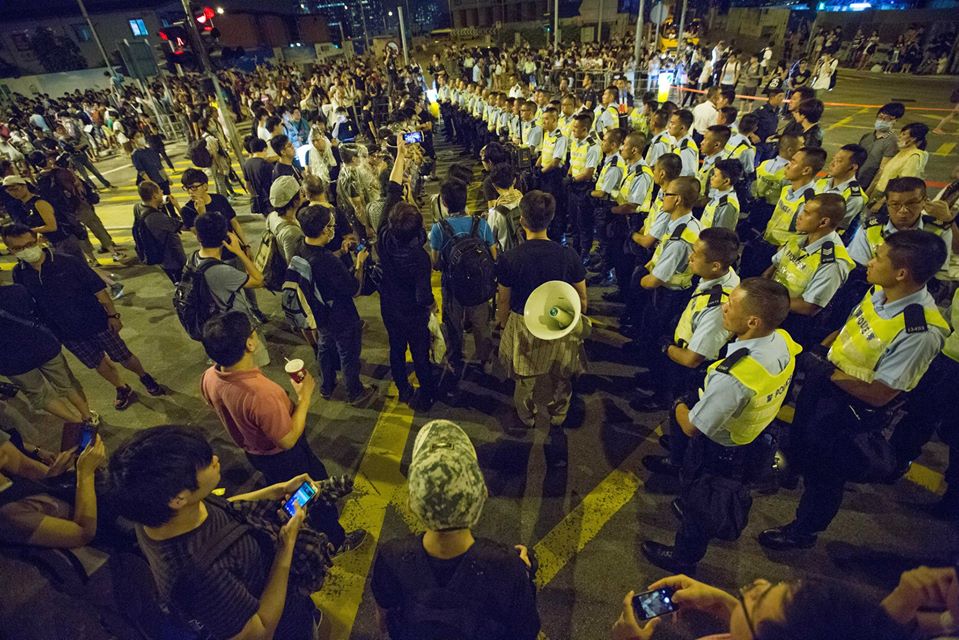 Standoff between police and pro-democracy protesters during the Umbrella Movement. Photo: Ryann Chan.

For years, activists have criticized the Public Order Ordinance as an unjust law, giving police too much power to restrict civil liberties and allowing them to use force against peaceful demonstrators.

For example, the definition of “unlawful assembly” covers meetings of three or more people, giving leeway for authorities to apply the law arbitrarily on political opposition.

Another example: Organisers of any public events are required to apply for a “no objection letter” from the police. Critics argue that this law violates the city’s mini-constitution, which guarantees Hong Kong residents freedom of assembly, procession and demonstration. 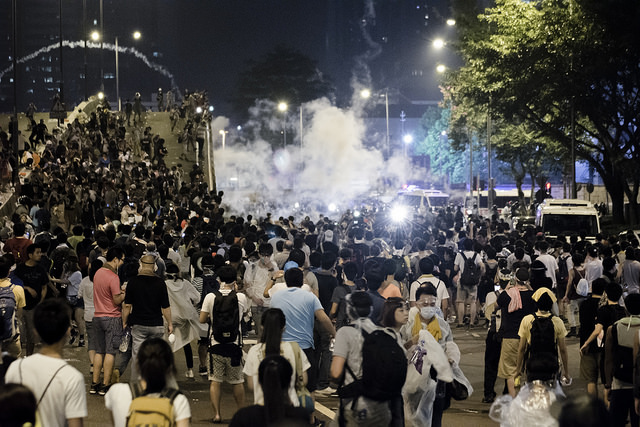 The ordinance was passed following the 1967 Leftist riots in colonial Hong Kong. Some provisions in the law were repealed in 1995 by the Legislative Council, as they were said to have violated the International Covenant on Civil and Political Rights.

However, believing that the amendments were meant to undermine the Hong Kong government, Beijing passed a resolution in 1997 to reinstate the ordinance. Despite widespread criticism, the 1997 Provisional Legislative Council enacted a new version of the ordinance that restored many of the controversial provisions.

Explainer: The 5 demands of this year's pro-democracy rally