Last night Hong Kong Indigenous and other localist groups gathered in Mong Kok to protest against what they feel is an intolerable level of mainland influence. It was pre-arranged, and the event was marked in my diary a week before, as it was for many Hong Kong watchers and no doubt the authorities as well.

This is the official story, as reported: a gathering of localists set upon a group of singers who regularly sing Putonghua songs in Mong Kok, forcing the police to intervene and for pro-establishment groups, who had also gathered at the scene, to fight back. In the struggles the police arrest four people, all localists. Shortly after midnight the localists withdraw to Mong Kok police station where they unsuccessfully call for the release of those arrested. The following day officials condemn localist violence. Now let me rephrase this story: several localists groups gather as prearranged, with the media and authorities pre-warned. Their arrival is shadowed by the arrival of pro-establishment groups, including many familiar personalities who had appeared waving communist flags outside LegCo where they had sung patriotic songs in Putonghua and assaulted both pro-democracy groups and members of the media. In the situation, which is still relatively calm, a group of singers converge around a woman dressed very unusually in a traditional Chinese style dress and begin to sing songs in Putonghua and dance. They do not sing popular songs, but songs associated with the party that are themselves ridiculed on the Mainland. Scuffles break out. Aggression is seen, and more importantly documented, by both sides. The police intervene and several people are taken away, only then to be seen releasing the offenders. 4 arrests are made, all of anti-establishment protestors.

At this point I must confess to not having witnessed what unfolded. Both stories were drafted on the facts as presented. Throughout the evening I received many messages and photographs from people who were there. These were live messages, distributed without time for narratives to be added. The morning after, when attempting to construct in my mind what may have happened, one narrative seems more plausible. It is not the official one. And this is an all too familiar story.

There is an overriding official narrative that has consistently attempted to portray any anti-establishment position as radical, aggressive and a danger to social harmony. Without doubt there are factions within this camp that are, and some of them gathered in Mong Kok last night. But they continue to represent, in their words and actions, at best a small minority of the overwhelming majority of Hong Kong people who have little trust in the government line.

The real danger is not one camp, but extreme radicalism and aggression, and this exists on both sides. But it is only one side that is consistently portrayed as violent and condemned. When seeking to address violence one must first seek to understand its cause. I do not support the aggressive actions of some localist groups, but I do empathise with and acknowledge their concerns. I understand that for many their actions are a reaction to both a perceived and measurable decline in a personal quality of life, not only material but more importantly in the sense of lost identity, community and values by which they have themselves been shaped. Even if these concerns do not provide justification, they should help frame, if not mitigate, the official line in condemning their actions.

By contrast, consider those whose aggression has been motivated not by a sense of personal loss but by the two bedrocks of the old imperial lie, “patriotism” and a “pragmatic” relationship with power. Consider what motivates a person to wave the flag of the CCP and sing party songs in Putonghua in front of localists groups, or perhaps more revealingly outside Legco on the eve of a vote that if passed would supposedly represent democratic progress and reconfirm the principle of two governing systems? 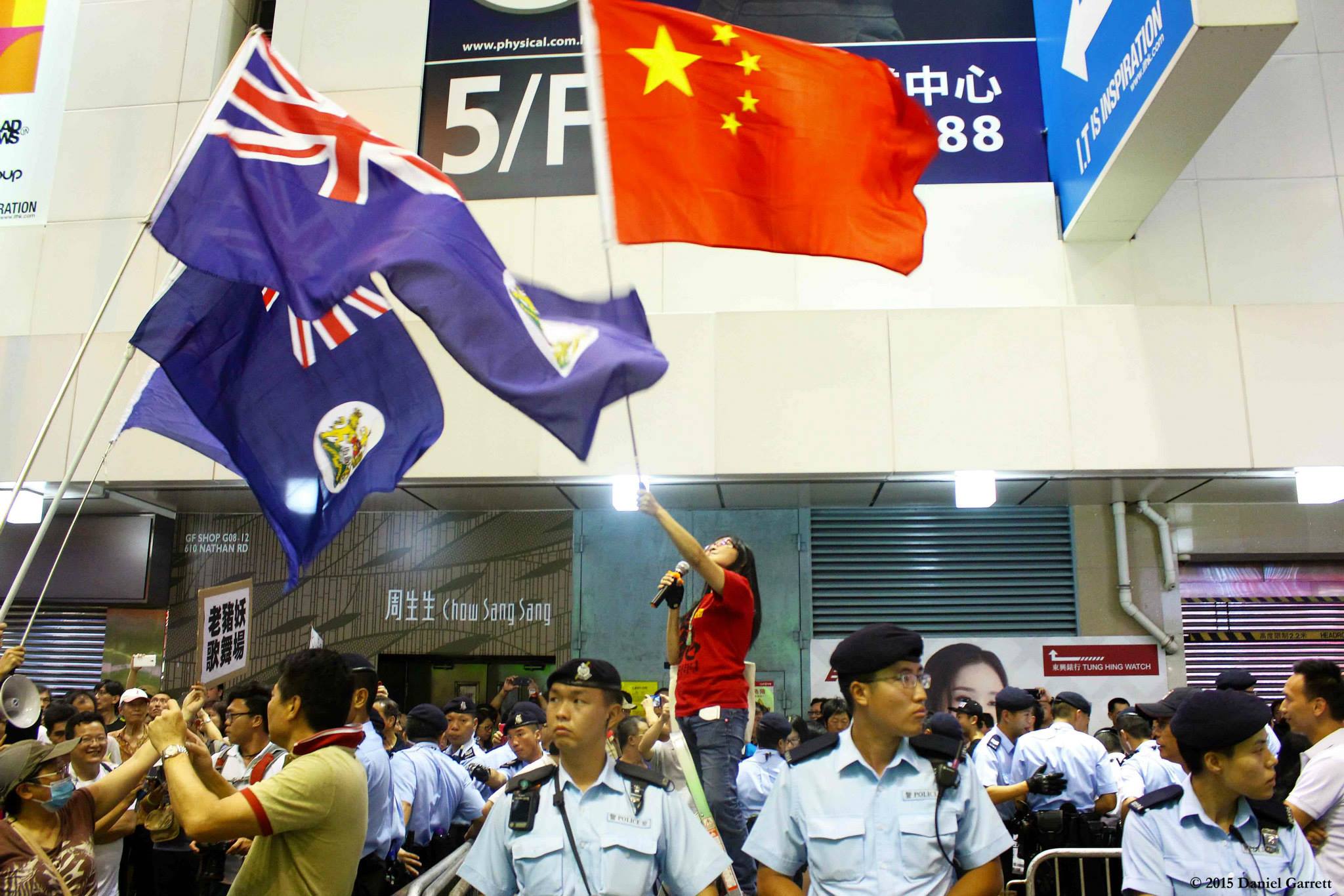 Let us also consider how the pro-establishment groups, who we are meant to believe are not the aggressors, have themselves consistently acted (or reacted) with aggression, not only towards protestors but also journalists? One side, without a voice in government, has pushed too hard to be heard; another, supposedly representing the government, throws punches in the name of preserving order.

Even a government justifiably accused of having abandoned any pretence of neutrality should at least be able to condemn all violence for reasons of personal security. That it does not – and continues to emphasise the aggression of one side whilst being blind to the other – is a large part of the problem.