A malnourished monkey was found lying unconscious in a toilet in rural Tseun Wan on Sunday morning. The primate was discovered in a village house with an apparent injury to its right hand, according to Apple Daily. Police and officials from the Agriculture, Fisheries and Conservation Department (AFCD) captured the monkey upon arriving at the scene.

The AFCD later said the animal was an adult female macaque. It said the monkey might have been heavily sick and malnourished due to its gaunt appearance. It has now been taken to the New Territories North Animal Management Centre for treatment. 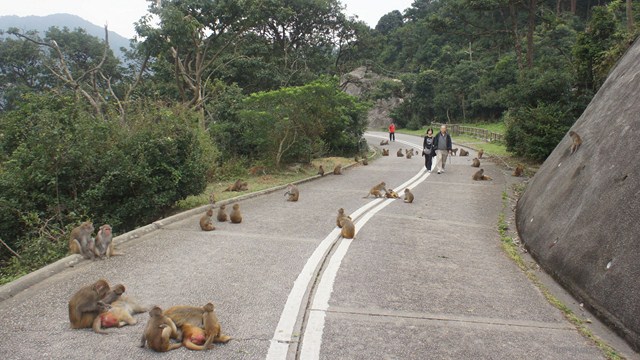 According to the AFCD, Hong Kong is home to about 2000 wild monkeys, and their population has increased dramatically in recent years due to heavy human feeding.

It is not the first time wild monkeys have gatecrashed households in Hong Kong. In 2013, residents of Mei Chung Court in Tai Wai were plagued by wild monkeys after they reportedly ransacked several households in search of food. AFCD responded by euthanising 11 monkeys that caused disturbance in that area.