After the proposed Chief Executive election method was voted down in the Legislative Council, Chief Executive CY Leung announced that he would shift his focus to economic and livelihood issues. This is questionable because socio-economic issues are inseparable from politics: Politics affects every aspect of our everyday lives.

Since the 1997 handover, government policies have been increasingly tilted towards property developers, leading to a tripling of residential property prices in the past decade. Growing mortgage payments and rents inevitably eat into household spending, thereby eroding our quality of life. The HKSAR government connives at the monopolization of public utilities through the “developer hegemony”, and permits frequent price hikes by public service providers even though they are making windfall profits. The unrestricted Individual Visit Scheme has also pushed retail rents to record levels, with the costs being passed to the end consumers. The government has also failed to curb cross-border parallel trading activities that have angered many local residents. 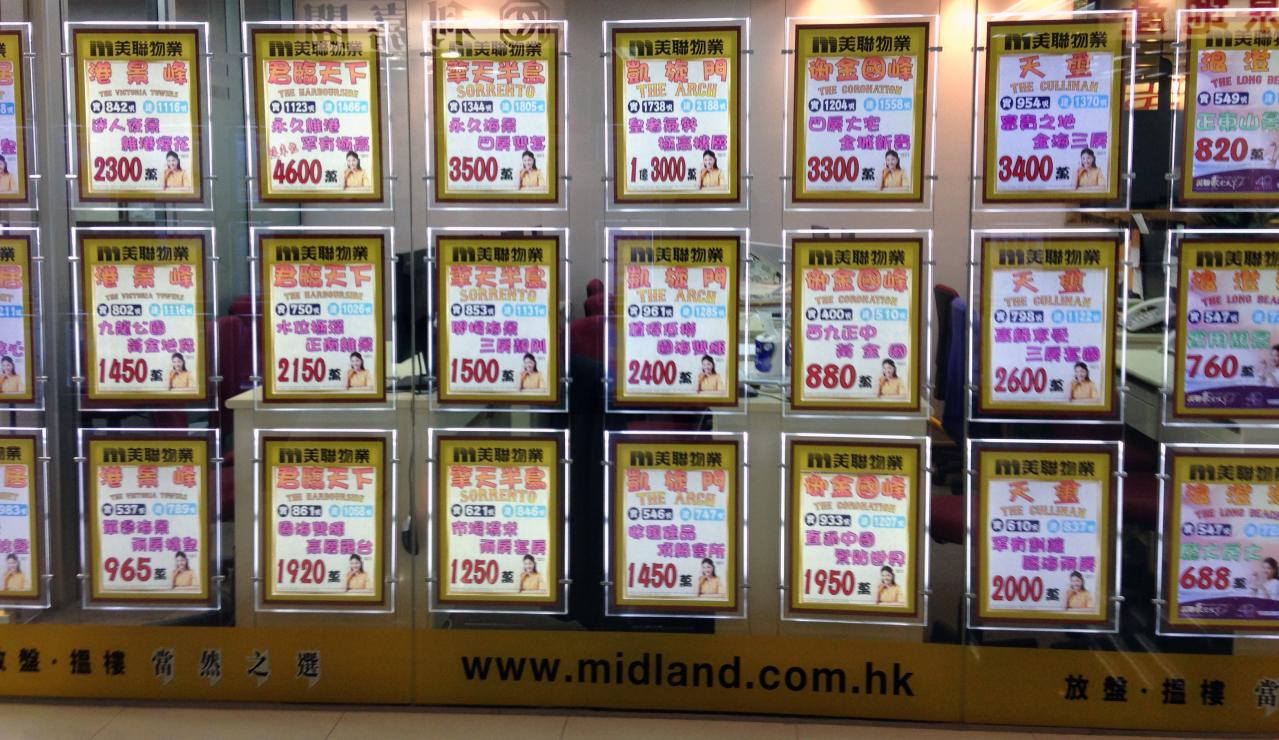 All of the livelihood issues above stem from Hong Kong’s defective political system. The 1200-member Election Committee is dominated by property tycoons and business magnates. Any CE “elected” by such a committee surely puts the interests of those conglomerates ahead of public interests. Pro-establishment businessmen also dominate the functional constituencies in the Legislative Council.

The government has effectively formed an alliance with the privileged to look after each other’s interests.

Under the split voting system, motions against the interests of the business sector tend to be voted down by legislators from the functional constituencies, even though those motions may have vast public appeal and support from the directly elected lawmakers. The government has effectively formed an alliance with the privileged to look after each other’s interests. Even the introduction of one-person-one-vote under the proposed electoral system will not alter the nature of the existing small-circle election and the continued collusion between the government and the business sector.

By separating politics from socio-economic issues, CY Leung is only redirecting public attention from the fact that he himself is the root cause of many such problems. For starters, Leung is going to spend HK$140 billion on a third runway that has limited use, rather than implement projects from which the public can truly benefit, such as universal retirement scheme and free kindergarten education.

Leung has also rejected the new TV broadcast license application by the well-organised and ambitious HKTV without any sound reason, while allowing a deteriorating ATV to prolong its inevitable end and letting TVB remain uncontested. 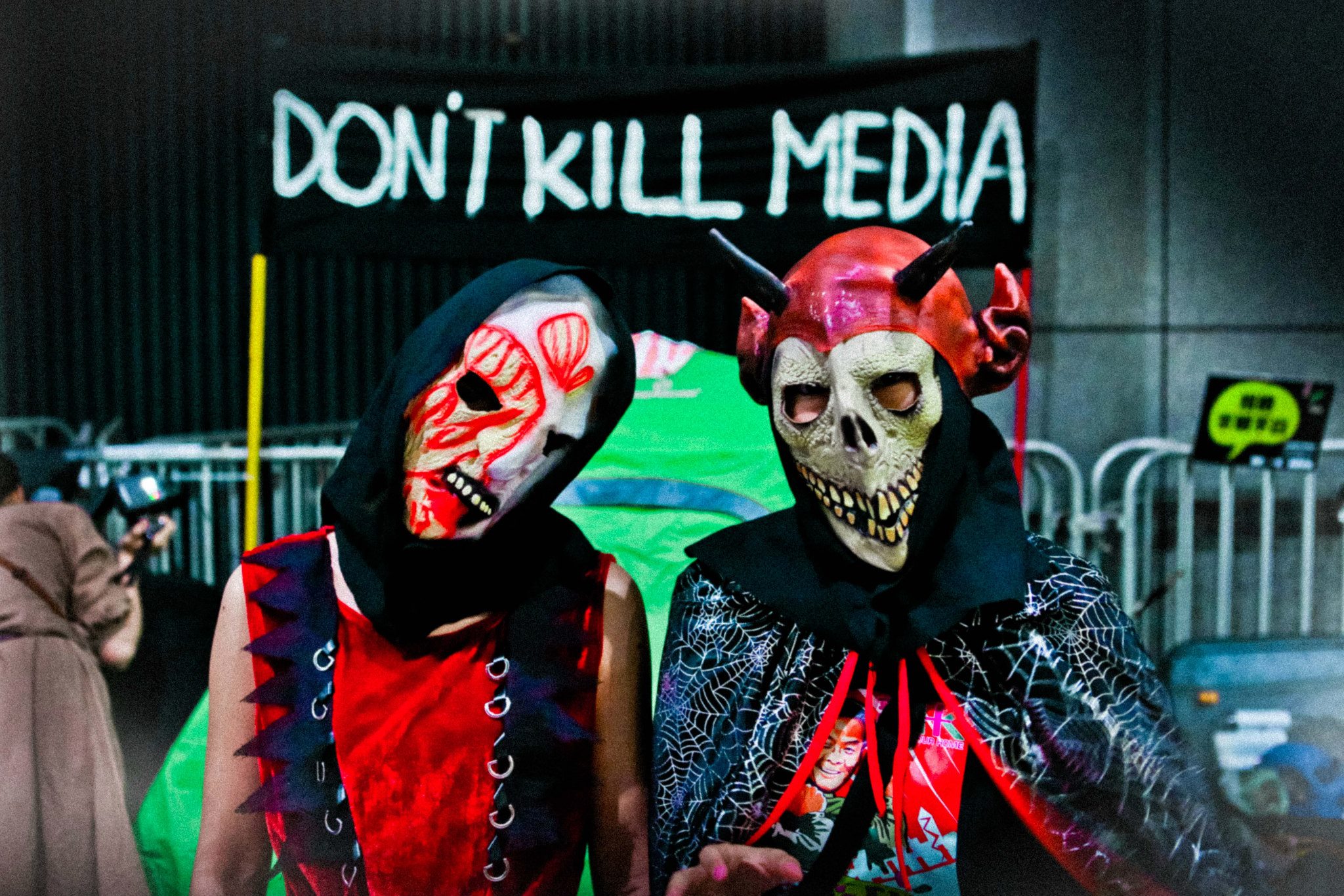 Regarding his “top-priority” housing policy, Leung keeps blaming on the difficulty of identifying land availability as a way of legitimising his administration’s inability to boost land supply and to suppress popular demand for affordable housing. By charging prohibitively high stamp duties on property transactions, the secondary property market is put to a standstill, penalising not only speculators but also real end users; while property prices keep hitting new highs.

The attempt to push through national education and the mishandling of non-permanent resident students is yet another example which has caused confusion amongst all stakeholders, including parents, students and teachers.

The real top-priority agenda of CY Leung is the integration between Hong Kong and mainland China.

In fact, the real top-priority agenda of CY Leung is the integration between Hong Kong and mainland China, which will hurt Hong Kong the most in the long run. Increased integration in trade and finance, the construction of large-scale cross-border transportation networks, and expanded Individual Visit Scheme will benefit mostly mainland and Hong Kong conglomerates. Meanwhile, local residents suffer from soaring property prices, rents and consequential inflation spikes. Small and medium enterprises find it increasingly difficult to operate under rising rents, and young entrepreneurs have few options to start their own businesses. As a result, Hong Kong is losing its competitiveness.

The integration with mainland China also brings along various malignant practices to Hong Kong, such as bribery, deception, favoritism and string-pulling. Instead of carrying out his duty to safeguard Hong Kong’s core values, such as the rule of law and freedom of speech, our leader actually took the lead to undermine them. The long list includes: A secret HK$50 million deal with an overseas company; illegal structures in his home; disregard of established procedures to issue new TV license; intervention with university’s internal administration; and open criticism of a student publication.

At this rate, the process of China-HK integration will eventually turn Hong Kong into just another Chinese city. Hong Kong will no longer be the world-class financial hub recognised for its sound legal system and fair business practices. Should those factors disappear, there would be little reason for foreign investors to leverage Hong Kong as the springboard to China, and they may as well go direct to Shanghai or Shenzhen. What will happen to the Hong Kong economy then? 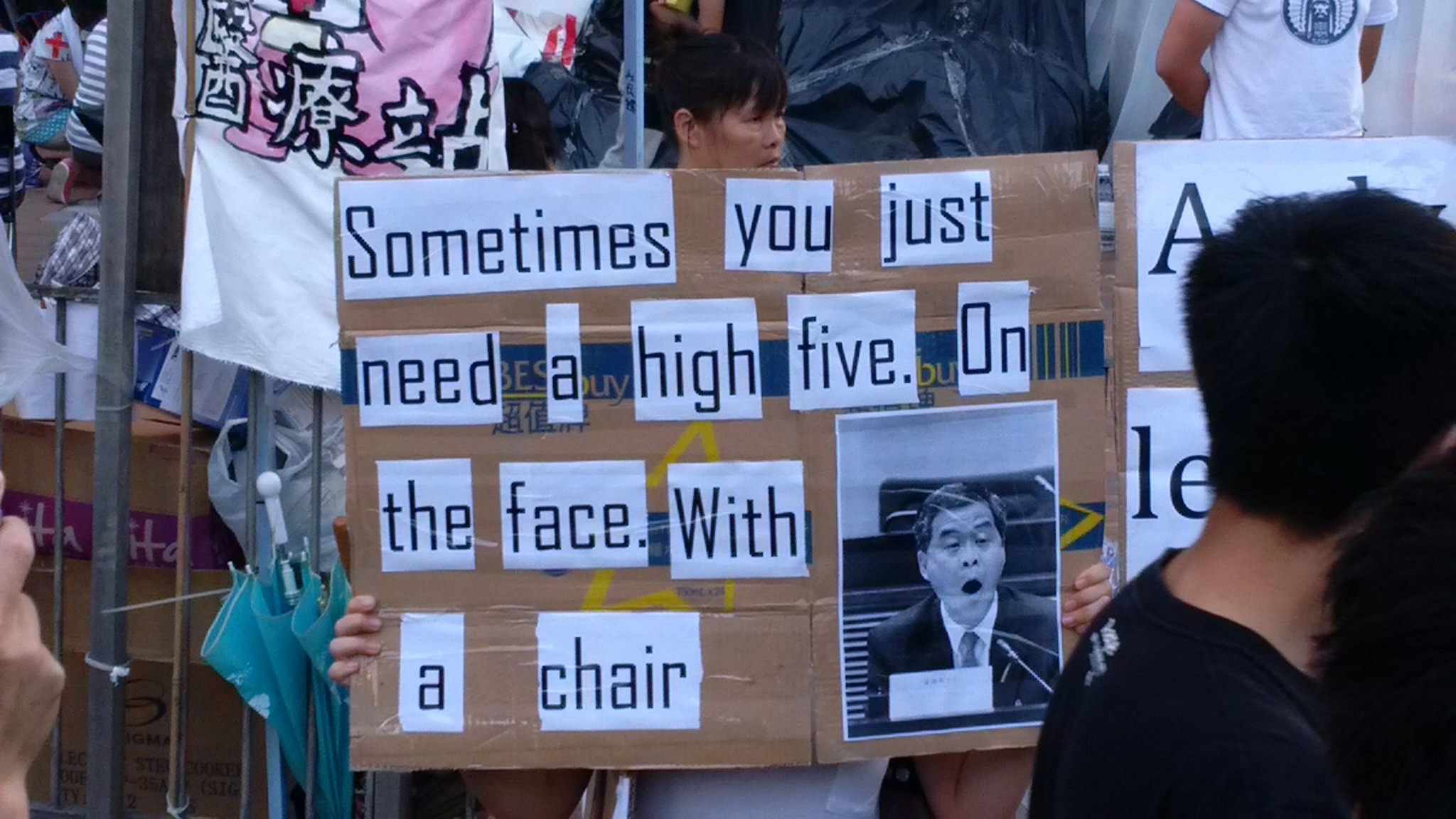 CY Leung has muddled local politics, and has done very little to improve the economy and local livelihood. The Umbrella Movement was not simply a political appeal but, to a large extent, an eruption of public anger at the city’s deteriorating conditions. Instead of trying to ease public dissatisfaction, Leung has intensified the situation by allowing Hong Kong police to use tear gas and excessive force against peaceful protestors. The 79-day long occupation has caused deep divisions among Hong Kongers.

CY Leung is the one most responsible for Hong Kong’s current dilemma, and how ridiculous that the very same person has now declared that he would concentrate on socio-economic issues without addressing the fundamental causes.

Our economy and livelihoods will not improve unless our current political problems are resolved.

In our opinion, our economy and livelihoods will not improve unless our current political problems are resolved. Hong Kongers’ demand for genuine universal suffrage is not just a pursuit of some lofty ideals. We want our CE to be truly accountable to the people, and dedicated to improving our wellbeing and balancing the interests of all parties.

The government claims that it has made every effort to pass the electoral reform proposal but to no avail, and therefore will not restart the process in the foreseeable future. This shows that this administration has no regard for its constitutional responsibility, and has no real intention to resolve the complex political, economic and social divides in post-Occupy Hong Kong.

We can start with casting our votes in the upcoming District and Legislative Council elections, for candidates who will speak out for us and defend public interests. In the long run, Hong Kong society must work together towards building a strong civil society and pushing for genuine universal suffrage.

Civil Renaissance is a political commentary group formed by Hong Kongers from diverse professional backgrounds, who treasure the core values of Hong Kong, including democracy, freedom, the rule of law, justice and peace. Its mission is to promote the concept of democracy through writing opinions and organising campaigns.