Eu said she respected Tong’s decision and thanked him for his efforts. Eu hoped that in the future both Civic Party and Tong will work hard for democracy in Hong Kong. Eu also apologised to the public, stating that in 2012 when the party supported Tong in the LegCo elections, they believed he would complete his four-year term. 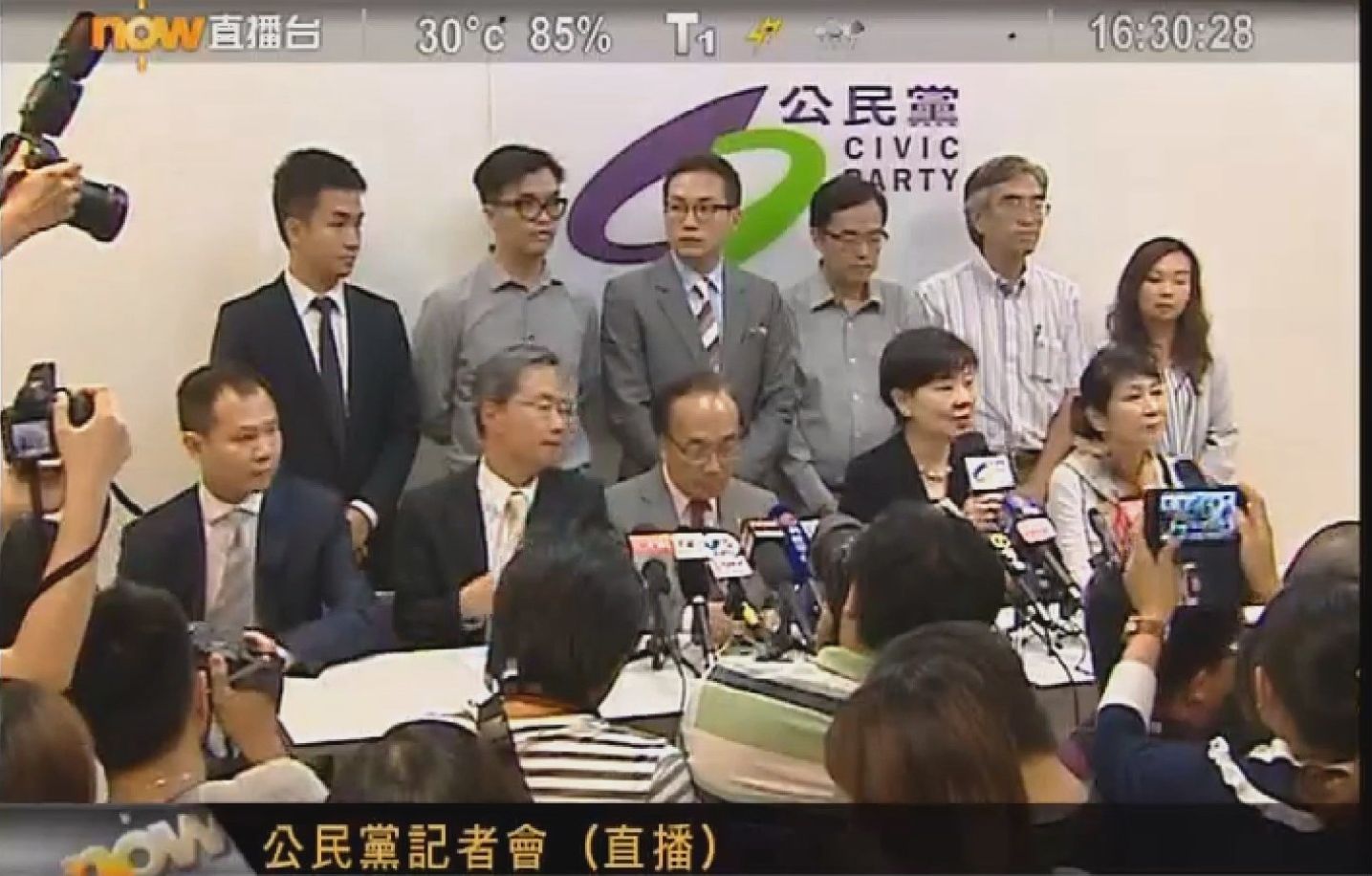 Responding to Tong’s criticism of the party straying from its founding principles, Eu said “as a party, of course we are very conscious of any criticism that we receive, so we will take [Tong]’s very seriously. We will reflect upon it.” However, Eu said on issues of insisting for universal suffrage, core values and rule of law, she believes neither the party nor Tong has changed.

Regarding the by-election that will follow Tong’s resignation, Eu emphasised the importance of the pan-democrats winning the seat if they are to maintain a majority in the geographical constituencies.

Eu added that they will follow party mechanism, and that the party will coordinate with other pan-democratic parties in the by-election. Eu said the party will “actively consider recommending a young civic party member in the by-elections” and asked the public to have confidence in their young members. However she avoided responding whether Alvin Yeung Ngok-kiu, who ran with Tong in the 2012 elections for New Territories East, will be running for the seat.

Party leader Alan Leong Kah-kit also commented that he has always treated Tong as a comrade in the struggle for democracy and he wished Tong all the best.

Former Civic Party member, legislator and founding member of the party, Ronny Tong Ka-wah announced his resignation on Monday afternoon following news of his withdrawing from the party. Tong cited ideological differences for his decision and that it would be “quite wrong” for him to retain his LegCo seat after withdrawing from the party. Tong said he will now focus on his think-tank, Path of Democracy.