Hong Kong lawmakers rejected an electoral reform package on Thursday that would have seen the territory’s next leader elected by ‘one man, one vote’ – provided he or she first gain the support of a nomination committee stacked with Communist Party loyalists.

Moments before the ballots were to be cast, however, nearly all of the legislature’s pro-Establish camp abruptly vacated the chamber – puzzling not only the motion’s opponents but also eight of their own allies, who were left behind to vote in favour of the reforms.

Legislators who staged the walkout later explained that they had done so buy time for Heung Yee Kuk chairman Lau Wong-fat (AKA ‘Uncle Fat’) who had not yet arrived in the chamber.

Although the outcome of the vote was widely considered a foregone conclusion, the farcical manner by which it ended has provided a well of inspiration for the territory’s more creative web users.

Here are six of the best memes to emerge online in the hours after the decisive vote.

An unpunctual Uncle Fat is depicted ‘eating cat noodles’ – a Cantonese expression meaning to take the blame for something. “Sorry, the land problems” refers to how Chief Executive Leung Chun-ying blamed the abuse of the elderly in Hong Kong nursing homes on the territory’s shortage of land. 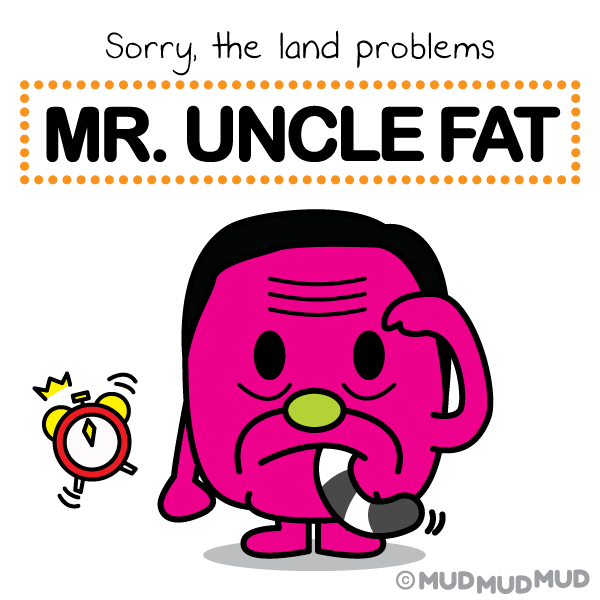 In a play on the popular Taiwanese novel turned film “Cafe.Waiting.Love”, Uncle Fat has become of satirical spin-off “Fat.Waiting.Vote”. 3. The Most Valuable Absence

“I was late, I’m sorry.” Uncle Fat receives the “Most Valuable Absence” award for his part in the debacle.

Uncle Fat as former Communist Party secretary Zhao Ziyang, who famously apologized to the students in Tianamen Square in 1989 and warned them that he had “come too late” after paramount leader Deng Xiaoping pushed through the implementation of martial law. A very lonely and confused Chan Yuen-han, one of the eight to vote for the government motion, is left behind by her colleagues in the pro-Establishment camp to lament her ineptness at using Whatsapp. Based on the poster from a China’s Football Association that mocked Hong Kong’s “black skin, yellow skin, white skin” football team, this image warns: “Never underestimate any opponent. These pro-establishment people oppose, support and walk out. Against such a layered pro-establishment camp, you have to watch the f*** out!”